HomeAnalysisMLB AnalysisWhy are the Houston Astros bad—and can they turn it around?

Why are the Houston Astros bad—and can they turn it around? 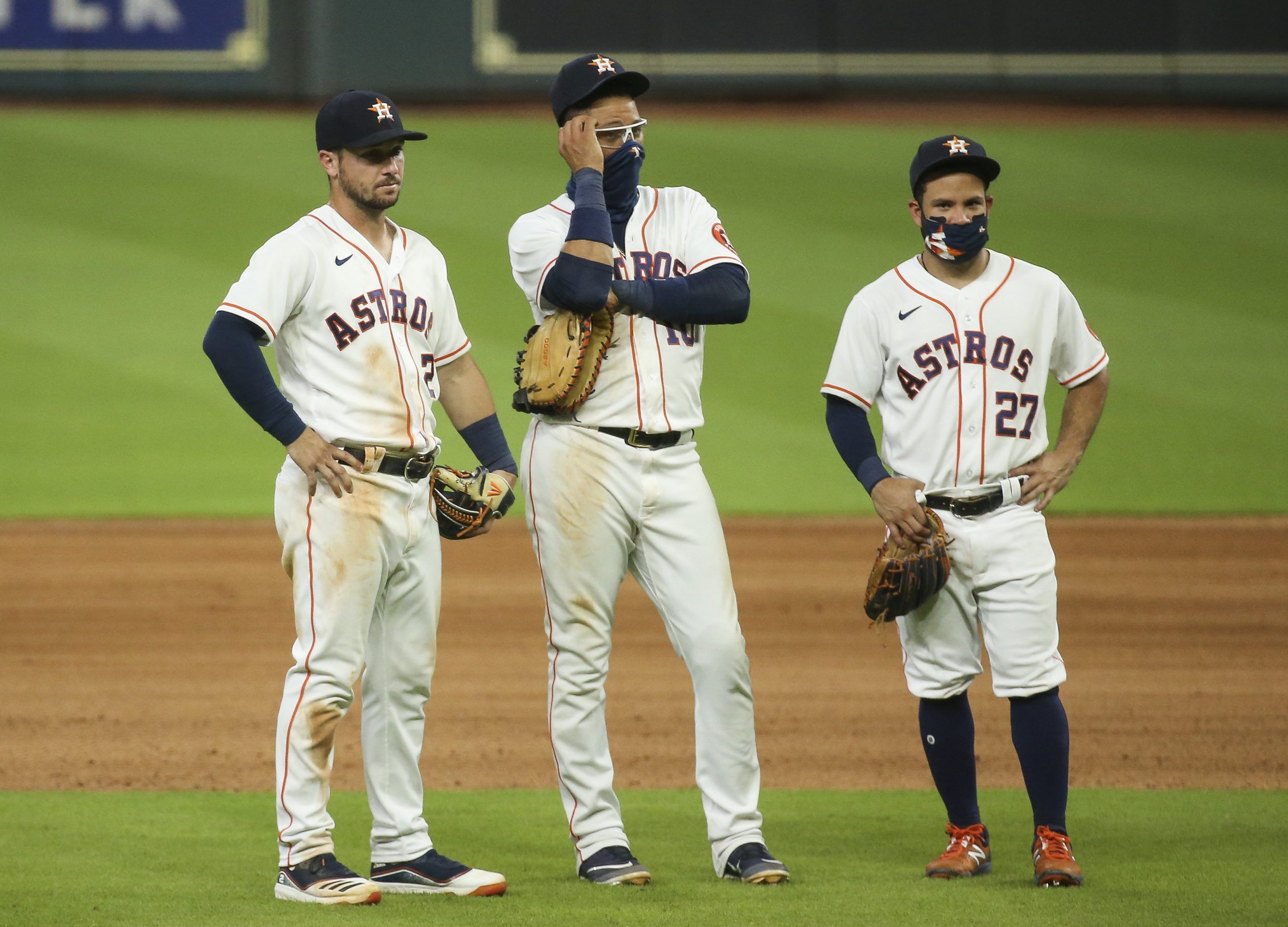 Since graduating from Davidson (The College That Stephen Curry Built), I have been writing about sports--just about any and all you can think of!--and coaching tennis in Atlanta, Ga. Beyond the four major sports, I am an avid tennis fan and cover the ATP Tour on a daily basis. If I'm not busy writing, you can generally find me on a tennis court or traveling the world wherever a sporting event takes me.
@Dimonator133
Published: 6:59 AM ET August 16, 2020

After completing the first third of the 2020 Major League Baseball season on Saturday (well, certainly not a third of it for the St. Louis Cardinals!), the Houston Astros sit third in the AL West at exactly .500. Sure, there are plenty of teams for whom a 10-10 mark would be a smashing success (heck, the Pittsburgh Pirates would love to be 10-10). For the 2017 World Series winners and defending American League champions, however, 10-10 is not going to cut it.

Why are the Astros struggling so much? Can they still save their season? Let’s dive into those questions.

The haters—and Houston deservedly has a lot of them—will be quick to argue that the team’s struggles are due to the fact that sign-stealing is now past history. ‘Those guys were never good at hitting! They stink now that they don’t know what pitches are coming!’ The truth is that the Astros have scored a respectable 106 runs so far this season, more than everyone in the American League other than the New York Yankees, Tampa Bay Rays and one back from the Baltimore Orioles.

That being said, the standard set by this lineup over the past few seasons suggests that it should be even better. Jose Altuve and George Springer are both batting below the Mendoza line (.181 and .185, respectively), and an undisclosed injury has sidelined reigning AL Rookie of the Year Yordan Alvarez. Nobody on the team has more than five home runs or 14 RBIs. As such, no Astro has better than +2000 odds to win American League MVP (Bregman). That’s alarming for a roster loaded with perennial all-stars.

On the mound, the Astros have also been mediocre—not terrible, but not great. Gerrit Cole’s departure for the Yankees became even more problematic when Justin Verlander went down with a forearm strain during his first start of the season (reports on his possible return in 2020 vary). With Lance McCullers Jr. unable to get into a rhythm (6.10 ERA) and long reliever/occasional starter Josh James having issues (12.00 ERA), Houston does not have much depth in the rotation.

Taking notes from a familiar foe

Look no further than last year to know that a team can overcome a bad first third of a season. Fifty games into the 2019 campaign (ironically, not far from a third of it), the Washington Nationals were 19-31. The rest, of course, is history. Washington managed to battle into a wild-card spot, won the NL wild-card game, upset the Dodgers, destroyed the St. Louis Cardinals, and then survived a wild, seven-game Fall Classic against none other than the Astros.

Breaking it down to exact numbers, the Nationals were 22-52 a third of the way into last season (54 games out of 162). For those counting, a 22-52 record constitutes a .407 winning percentage. The Astros could lose their next two games and would still have something close to that number (8-12 would be a .400 winning percentage). Of course, they are by no means out of it. And the fact that eight teams instead of five now make the playoffs in each league only helps their chances.

Assuming the Astros get in, they obviously have a chance to do some damage—even if Verlander does not return. They can use a three-man rotation featuring Zack Greinke (2.53 ERA), Framber Valdez (1.90 ERA), and Brandon Bielak (1.76 ERA). Greinke is +5000 to win the AL Cy Young Award, which looks like enticing value at this point. Moreover, Houston’s postseason experience cannot be discounted. Put Greinke and all of the veteran hitters into a playoff series, and they would have a real chance against anyone.

The Astros are +200 to win the AL East, +650 to win the AL, and +1300 to win the World Series. They have won four of their last five games with the loss coming in extra innings, admittedly they have been against the Giants and Mariners, but things are starting to turn for the Astros. After game four against the Mariners on Sunday, they face a four-game series against the Rockies, who have cooled off significantly and lost five of their last six. It might be a good time to buy low, because—like it or not—this team is far from done.

Get free MLB expert picks for the remainder of the 2020 MLB season including the playoffs!