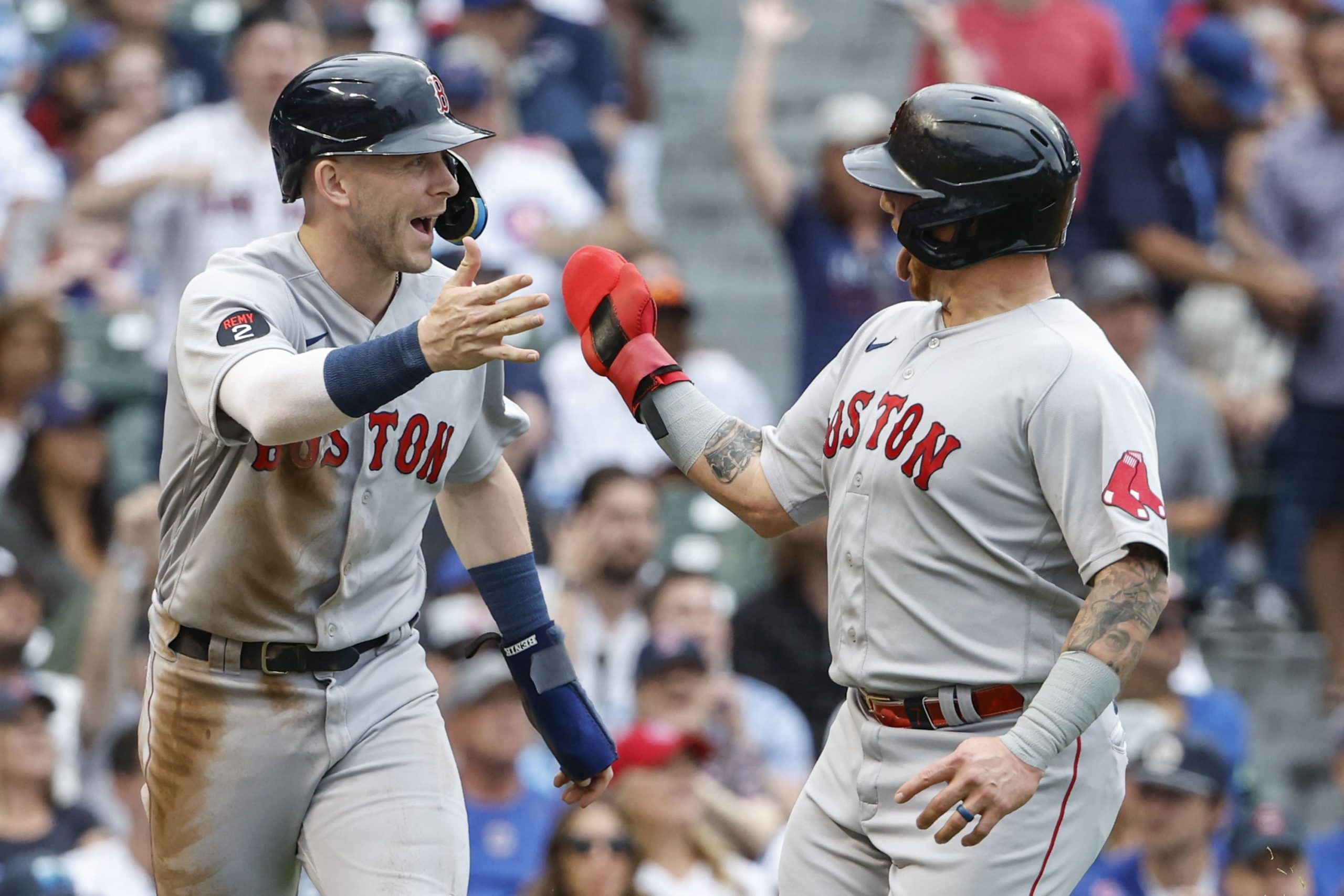 We are getting the weekend in Major League Baseball started with a full 17-game slate on Saturday, including multiple double-headers. A 10:10 pm ET showdown between the Padres and Dodgers on FOX headlines the action, while the Rays and Blue Jays are playing one of two games being shown on MLB Network.

Read our picks and predictions for EVERY MLB game today

The Red Sox were one of the best teams in June as they went 20-6 and they carried that momentum into Friday’s game against Adrian Sampson. Boston quickly scored 4 runs on Sampson, who entered Friday’s matchup with an ERA below 2.00 and now face Alec Mills — who has an ERA north of 9.00. In 17.1 innings this season, Mills has a 9.87 ERA and an 8.24 xERA — which indicates his poor performances have not been misfortune. He has an xBA of .335 and a barrel rate of 12.1%, everything you don’t want to have against a powerful Boston offense.

Once Mills gets shelled, the Cubs will turn to their bullpen which ranks 25th in ERA and 18th in FIP in the last two weeks. The weak Chicago arm barn will allow Boston to capitalize on their run-scoring and they should be able to win this contest by several runs.

Be sure to check out our full game preview for Boston Red Sox vs Chicago Cubs.

Dylan Cease has been on a tear in the last month or so. In his last 6 starts he has a 0.26 ERA and has allowed 21 hits in his last 34.1 innings. Chicago’s ace has had an incredible first half of the season as his advanced metrics support Cease’s success. The right-hander has a 2.56 ERA and a 2.55 xERA through 81 innings this season and has held hitters to a stunning .192 xBA. Cease and the average White Sox bullpen will limit the San Francisco offense for the entire afternoon.

The White Sox give Cease the run support he needs when he starts. Chicago is 5-1 in Cease’s last 6 starts and the White Sox average 5.5 runs in that 6-game span. The White Sox offense has been up-and-down all season long and may struggle against Logan Webb, but they will capitalize on the Giants’ bullpen. Back Chicago to pull off the upset.

Be sure to check out our full game preview for Chicago White Sox vs San Francisco Giants.

Similarly to the Red Sox, the Braves were amazing in June. They started to falter slightly when Ozzie Albies went down and Ronald Acuna Jr. being day-to-day with an injury, but they continue to find ways to win. They did just that on Friday as they had a commanding 9-1 victory over the Reds. Spencer Strider will get the ball on Saturday and the rookie has exceeded all expectations. Strider is coming off a 6-inning scoreless outing against the Dodgers, as he shut down some of the best hitters in baseball.

The Reds continued to struggle in June and are coming off a series loss to the Cubs. They will start Tyler Mahle, who should keep this game tight, but the Braves offense has been too good to roll over against a poor Reds team. Atlanta should continue their roll on Saturday and win this contest by at least 2 runs.

Be sure to check out our full game preview for Atlanta Braves vs Cincinnati Reds.