After cashing our Field of Dreams same game parlay and another with the Padres/Nationals last night, let’s keep things rolling. The Mariners have been able to prove they’re more than just the 14-game winning streak they had prior to the all-star break. They just won their most recent series against the Yankees, and are right in the thick of the AL wildcard race. Seattle started this series strongly with a win against the Rangers off the back of their rookie starter, George Kirby. Texas was forced to start a reliever, and will now try to bounce back against a lefty in Marco Gonzales. Along with this same game parlay, be sure to check out our thoughts on the side and total for all of today’s games.

Rather than predicting either side to win this game, the total seems to be the way to go. Even the prices on the money line suggest this should be a rather close game. Although the Mariners have found more success this season, it’s still difficult to trust Marco Gonzales on the mound. The lefty has one of the most dramatic differences of any starter this season in terms of actual and expected numbers. His actual ERA has already increased to 3.98 after allowing 5 or more runs in 3 of his last starts. However, that’s nothing compared to his 5.20 expected ERA.

One of those starts was also against the Rangers, in which he allowed 5 runs and 11 hits, in a game that ended in a 6-5 win. That close game only makes it more evident why the total is preferable play. As for Rangers starter Dane Dunning, his numbers already leave a lot to be desired. He’s just 2-6 on the year, with a recent loss to the Mariners. That too was a close 5-4 game. With Seattle also getting rookie sensation Julio Rodriguez back for this series, let’s root for runs rather than sweat out another close game.

There are several hitters in this matchup who generate the majority of the attention. There’s the aforementioned Julio for the Mariners and Corey Seager for the Rangers. They were both all-stars and home run derby participants. However, we’re going to get some great value with Ranger Adolis Garcia instead. The Rangers have a cluster of 4 hitters close to one another in this category, ranging from 182-194 total bases.

We’re targeting Garcia in this situation as he has had the most success against Gonzales out of the 4 of them. He’s also a bit of a lesser-known name than the former Dodger Seager, and therefore listed at a better price. Similarly, he’s actually had the most success against the Mariners out of those top 4 guys. For example, Garcia is hitting .282 against Seattle, with a .540 slugging percentage. Meanwhile, Seager is hitting .225 against them with a .400 slugging percentage. Given the matchup, let’s go with Garcia to prove himself against Gonzales.

This leg isn’t quite as much of a pivot, as France has been one of the most consistent hitters over the past few years. He may not be the most well-known name or get as much hype as the rookie Rodriguez, but he deserves it. If France were to play in a big market such as New York or Los Angeles, he would likely get much more attention. Regardless, he has 172 total bases this season, despite playing in just 95 games. Rodriguez is still just coming back from missing 11 games due to a wrist injury, so we’re going to trust the consistency of France.

He came into this season after finishing with the 14th-most hits in the league last season, and was leading the league earlier this season. He’s also been great against the Rangers this season, with a .315 batting average and an incredible .611 slugging percentage. With that type of efficiency at the plate, expect France to continue his success against the declining Dane Dunning and the Rangers. 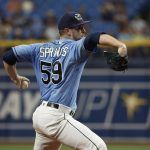 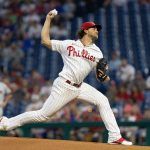