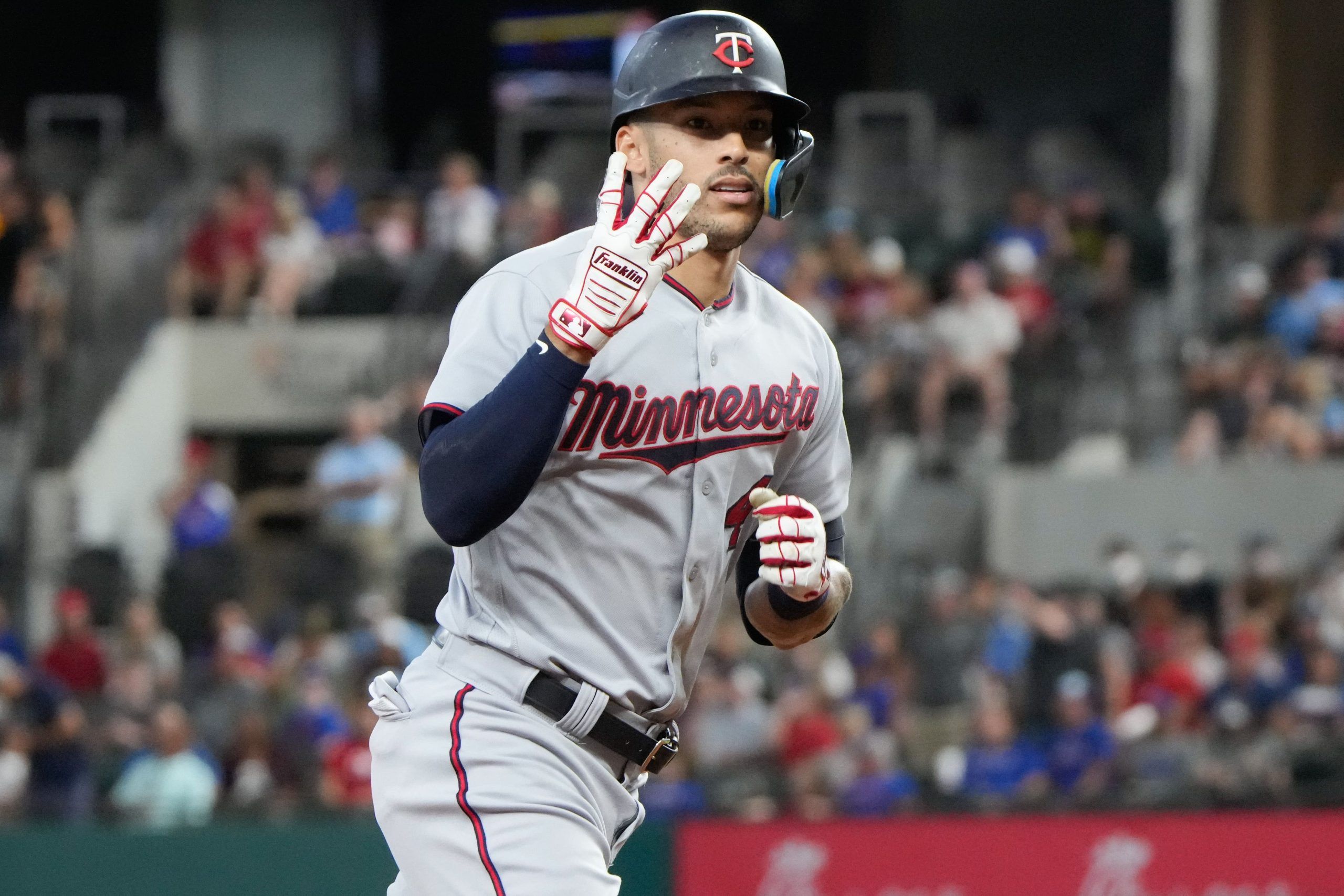 We have a loaded slate of 15 MLB games today including some big matchups like the Yankees-Red Sox, Phillies-Cardinals, and Blue Jays-Mariners. With the big slate that we have tonight, we were able to come up with a +1010 mega parlay for tonight’s action.

Sandy Alcantara is starting for the Marlins. That alone should make you think about taking the under in this game because of how dominant Alcantara has been this season. He is currently a front-runner for the NL Cy Young award since he has posted a 1.82 ERA with a 2.54 xERA in 123.1 innings. The Marlins ace has thrown the most innings of any pitcher in the National League, and this will be his 3rd time facing the Mets this season, and that’s bad news for New York.

The last time that Alcantara was at Citi Field, he went 8 innings and surrendered just 2 runs on 6 hits while recording 8 strikeouts. And in his last start, he threw 8 scoreless innings and allowed just 2 hits with 10 punchouts to the Angels. Taijuan Walker hasn’t been Cy Young caliber good, but he has been excellent at home this season. The veteran’s ERA drops to 1.86 with a 1.07 WHIP at Citi Field, so this matchup should be low scoring from the start. Anticipate only a few runs being scored on Sunday afternoon.

Don’t forget to check out our NRFI/YRFI bets today

The Rangers have lost Dane Dunning’s last 9 consecutive starts. The 27-year-old hasn’t been that bad this season, but he hasn’t been great. His .267 xBA and 20.2% strikeout rate are below average, and that pretty much describes Dunning’s game – below average. The Rangers have proven that they can score in bunches this series, but their mediocre starting pitching and the poor bullpen have cost them numerous games.

This might be the first time I have ever backed Dylan Bundy. The veteran has had an up-and-down 8-year career and I’ve loved to capitalize on his slumps, but Bundy has been pitching some of the best games of his career recently. He has a 1.88 ERA in his last 4 outings, and he will be backed up by a Twins offense that has averaged 6.8 runs in their last 5 games. Minnesota should run away with this game.

I am very surprised to see this game so reasonably priced, but it just makes for a good opportunity to take advantage of it. San Francisco was able to win Saturday night’s game, but that was just their 2nd win in their last 10 games. The Giants will have Alex Wood on the mound who can’t seem to win a game for San Francisco as they’ve lost his last 3 straight starts and 6 of his last 9 outings. It could be due to his .271 xBA or below-average off-speed pitches, but Wood has not found success this season.

MacKenzie Gore was a front-runner for the NL Rookie of the Year, but after one bad performance and Julio Rodriguez’s hot streak, Gore might have slipped down a selection or two. Regardless, the lefty has still been great this season with a 3.19 ERA and just excelled against the Dodgers and Phillies – two lineups that smash left-handed pitching. In Gore’s one start against San Francisco this season, he threw 6 innings and allowed just 1 run in a 10-1 victory. I anticipate a solid outing from Gore and another Padres win.