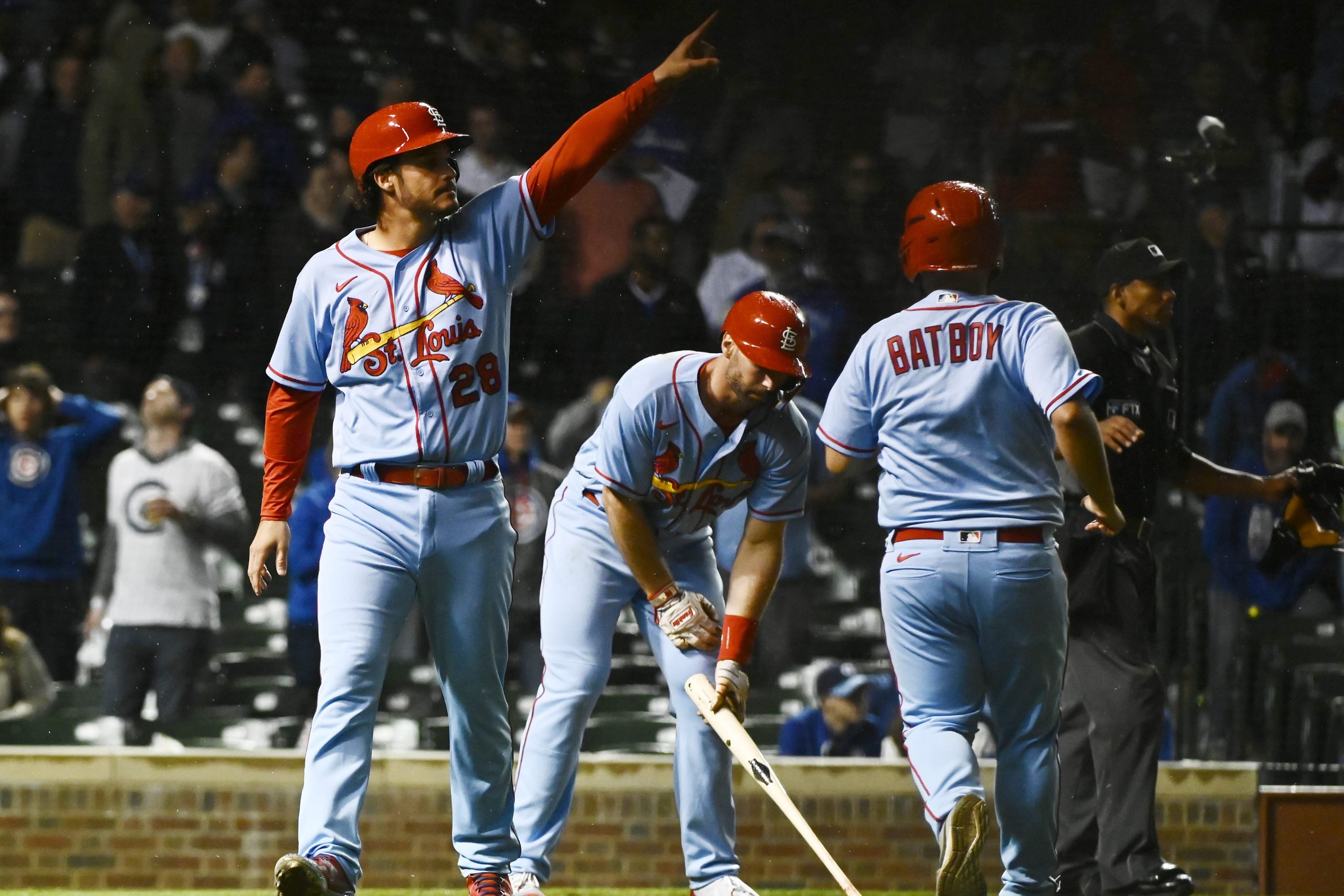 We are beginning the weekend in Major League Baseball with a full 16-game slate on Saturday. There are several early afternoon games followed by some bigger games later in the day such as the Cubs-Yankees, Dodgers-Giants, and Mets-Angels.

Hunter Greene has struggled in his rookie season. The 22-year-old has a 5.40 ERA and 1.35 WHIP through 55 innings. His biggest problem is the long ball as Greene has allowed 15 home runs, the second-most by any pitcher in the National League. His 11.1% barrel rate is the main reason for his home run problem and 11 of the 15 home runs he has allowed have come against his fastball. Although his fastball has an average velocity of 98.5 mph, opponents are hitting .352 against his flat fastball. The Cardinals have already seen Greene once this season and they forced him out of the game after just 3.1 innings as St. Louis racked up 3 runs on 4 hits with 4 walks. Cincinnati’s bullpen has a 7.18 ERA in the last 2 weeks which ranks 29th in baseball during that span, so even when Greene comes out, the Cardinals should still be scoring.

Check out our  St. Louis Cardinals vs Cincinnati Reds preview

I will gladly fade Patrick Corbin at a near plus-odds price. The lefty has been atrocious for the Nationals this season with a 6.71 ERA and 5.78 xERA through 60.1 innings. Corbin’s contract will go down as one of the worst decisions in Washington’s history, but while he’s still under contract, we might as well fade him and make some money! Opponents have a 44.7% hard-hit rate and .309 expected batting average against Corbin this season which puts him in the bottom 20% percentile for both categories. The southpaw faced the Brewers about three weeks ago and allowed 5 runs on 8 hits including 2 home runs in 5 innings. I don’t expect much to change from that start, so expect the Brewers to score early and often on Corbin and the terrible Nationals bullpen.

Check out our Milwaukee Brewers vs Washington Nationals preview

This is my first time backing the Orioles this season. Tyler Wells has been a rising star in the Orioles’ rotation as the 27-year-old has a 3.78 ERA and 3.61 xERA through 47.2 innings this season. Wells has allowed 2 or fewer runs in 8 of his last 10 starts and has allowed 4 runs or more just once this season, which was in his season debut. The right-hander does not strike out many batters as his 15.3% punchout rate ranks in the 12th percentile, but he gets a lot of weak contact with his excellent changeup and slider combination. Royals starter Daniel Lynch has allowed 12 runs on 15 hits in his last 9.2 innings. Lynch has faced the Orioles once already this season and was knocked out after just 3.2 innings since he allowed 3 runs on 4 hits including 4 walks. The Royals average the 2nd-fewest runs per game at home, so back Baltimore to win today’s contest by at least 2 runs.

Check out our Baltimore Orioles vs Kansas City Royals preview