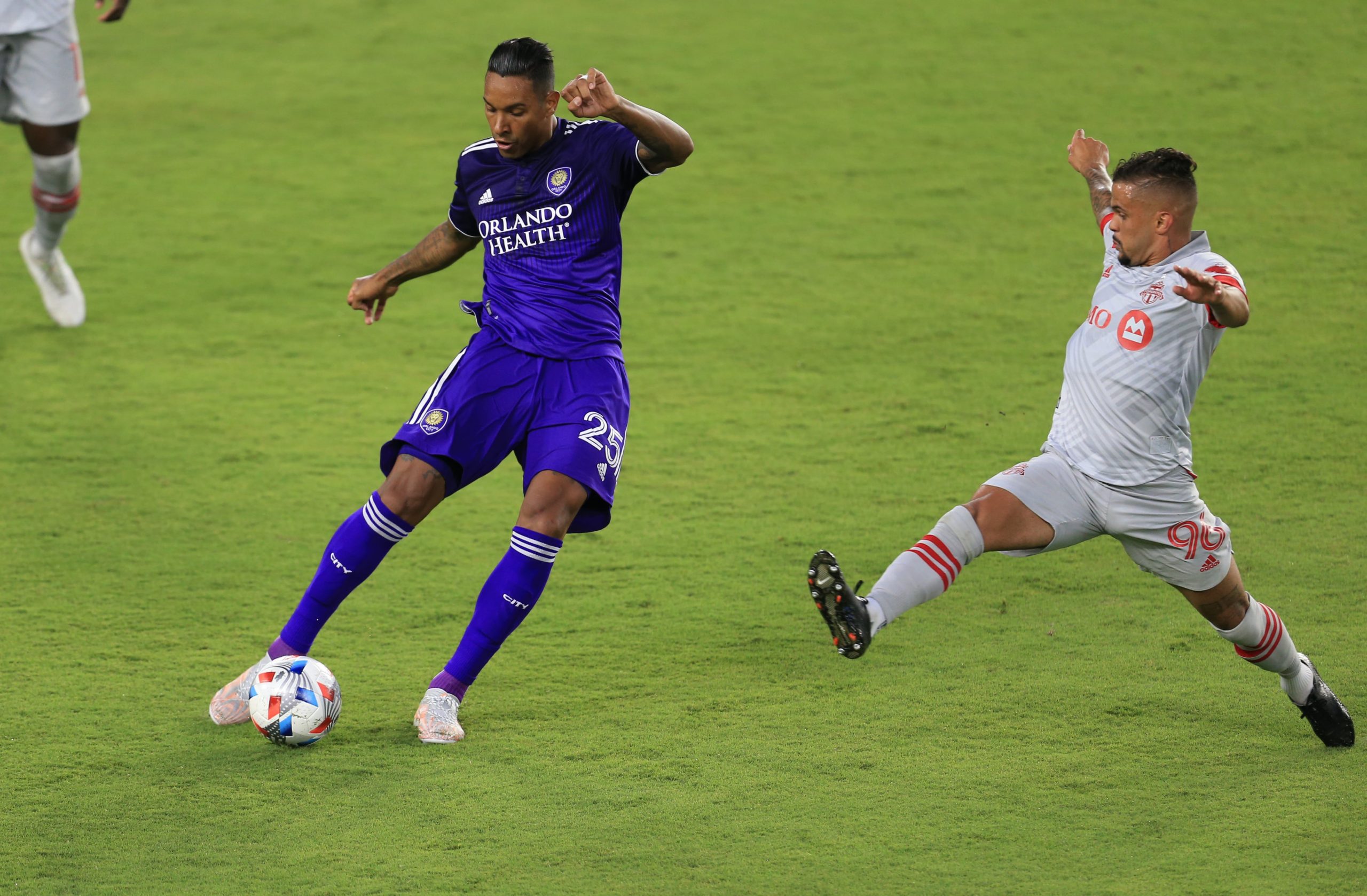 The weekend is here and we’ve got another Saturday of red-hot MLS action to look forward to. With plenty of great matchups to get excited for, we’re going for the jackpot with a four-team parlay that offers some very attractive odds.

Be sure to check out our picks and predictions for every MLS matchup this weekend, as well as for the Champions League final between Manchester City and Chelsea on Saturday afternoon.

Let’s take a look at our four-game parlay for Saturday, which pays at huge odds of over 22/1 with DraftKings Sportsbook:

There has been little positive energy at New York Red Bulls lately and another disappointing result looks likely when Orlando City visits the Big Apple.

The Bulls have lost their last two road games against Philadelphia Union and New England Revolution but a return to base may bring few home comforts against a team that looks one of the best in the Eastern Conference.

Orlando has to cope without injured striker Alexandre Pato but confidence should be high after three wins in the last four games against Cincinnati, DC United, and Toronto.

Orlando has lost one of its last eight games and can beat a New York team that will be without injured defender Andras Reyes.

FC Cincinnati finally won its first game of the season last week when beating Montreal Impact but the celebrations could be cut short by New England Revolution.

Cincinnati needed a late goal to beat the Impact but there is no escaping the fact that 14 goals have been conceded in the last five games and that spells danger against an opponent full of confidence.

New England gained its fourth win in six outings when getting the better of the New York Red Bulls in its last game.

DC United, Atlanta United, and Columbus Crew have all been beaten in that run and Cincinnati could easily become another victim.

Columbus Crew gained a massive boost when two late goals from Lucas Zelarayan earned a 2-1 win over New York City and a home game against Toronto provides a good chance to build on that success.

The Canadians won 2-0 in their last meeting when they were housed in their temporary Florida home but recent results have been a disappointment.

Toronto should be looking for more than a tie against New York City and a defeat to Orlando and we have yet to see much from Venezuelan forward Yeferson Soteldo, so expect the Crew to gain their third win of the season.

Inter Miami was forced into some soul searching after a disappointing 1-0 loss to Chicago Fire, but Phil Neville’s team could not have hoped for a better fixture to get back to winning ways than a home match against DC United.

DC has lost all three of its away matches, conceding a total of eight goals in the process against New England Revolution, San Jose Earthquakes, and Columbus Crew.

Veteran striker Gonzalo Higuain has scored four goals so far and he should prove too hot to handle for the team from the nation’s capital.