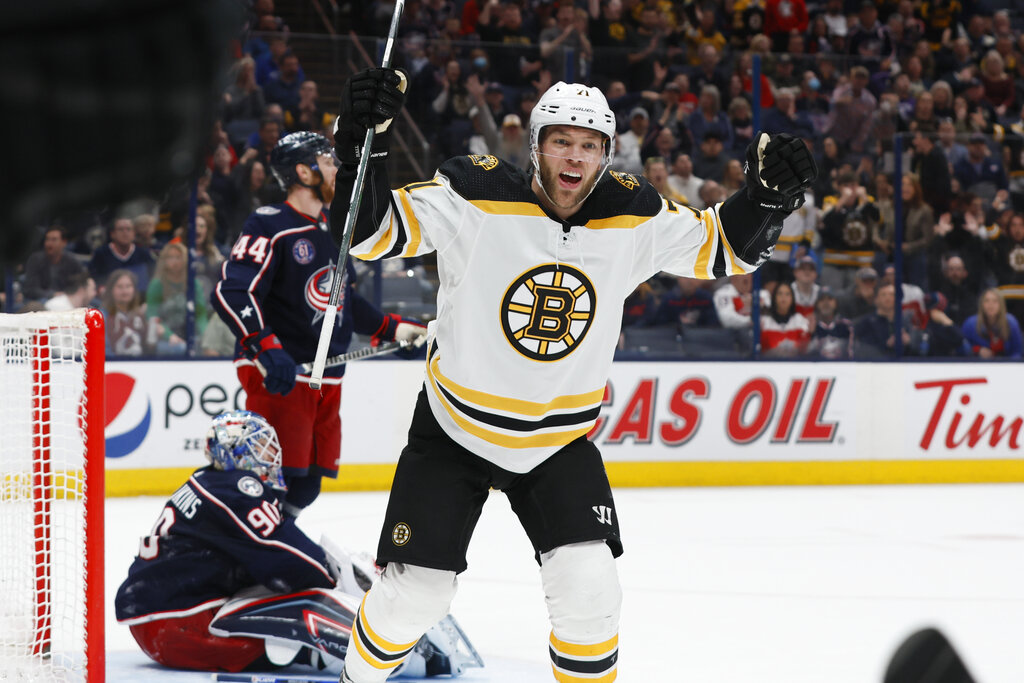 There are just 5 games tonight in the NHL. We’re looking to parlay 3 of the games into wager that has a payout just over 9/1 at FanDuel Sportsbook. But before we dive in, be sure to check out all of our picks and previews for every game tonight.

The Boston Bruins are officially back in the playoff race in the Atlantic Division. They were always in a strong position for a wildcard spot, but now they’ve found themselves just 2 points back of 3rd place. They can smell blood in the water and this should be an easy game for them. The LA Kings will be playing in the tail-end of a back-to-back tonight, which could make things easier for the Bruins. The Kings could be fatigued, which will lead to more turnovers and potentially more penalties. A week ago the Bruins and Kings played each other, and the final score was 7-0 for the Bruins. While this game might not be that big of a blowout, the Bruins have proved that they can perform well against LA and should walk away with another victory. Take the Bruins on the puck line.

The Buffalo Sabres are coming off a shutout loss. With no chance at the playoffs, this team has minimal motivation and will likely be fatigued from playing yesterday. The Panthers are one of the best teams in the league, and this game is a mismatch. The Panthers are trying to secure 1st place in their division, and these are the games that cannot be overlooked. On paper, this should be an easy win, and the Panthers proved earlier this season they can handle the Sabres. They won 7-4 the last time the teams met. Florida is scoring the most goals per game, averaging 4.09. The Sabres are scoring the 6th-fewest goals per game with just 2.65. The Panthers also average the most shots on goal per game. With the Sabres’ shaky defense and goaltending, it’s hard to imagine they will be competitive tonight. Take the Panthers -1.5 on the puck line.

This is the perfect bounce-back spot for the Colorado Avalanche. They’re on a 2-game losing streak, the first they’ve had since the first week of November. They remain the best team in the league, and they shouldn’t lose 3 in a row. The last time they had a 2-game losing streak, they won 7-1 in their next game. The Avs have the mental strength as well as the physical skill to dig themselves out of a losing streak, and tonight is the time for them to rebound. Earlier this week against the New York Islanders, the Avs won 5-3. They’ve shown they can beat the Isles, and Colorado excels at scoring goals while the Islanders have been awful all year. The Avs are averaging the 2nd-most goals per game, while the Islanders are averaging the 5th-worst goals per game. Take the Avalanche on the puck line.