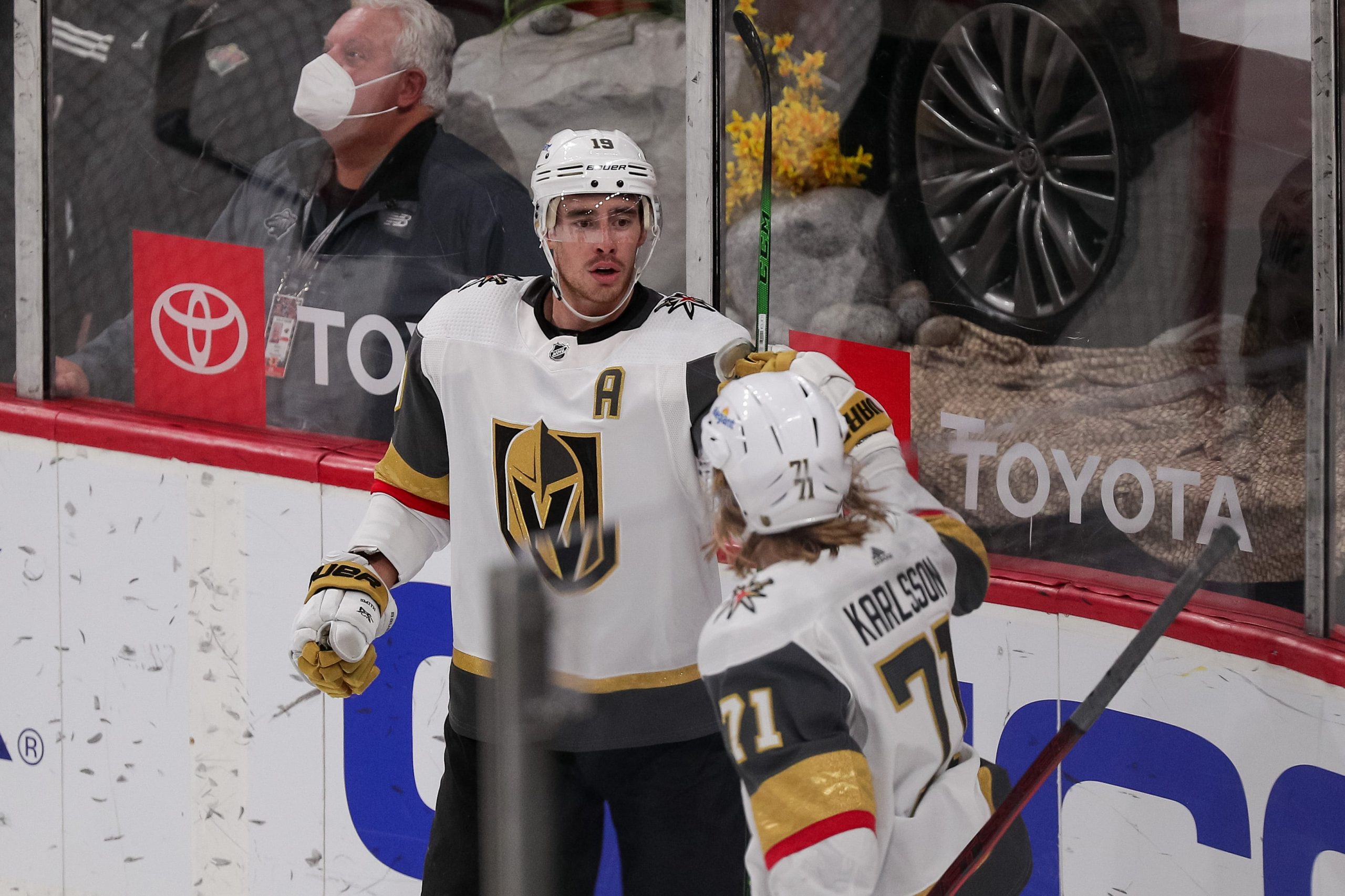 There are 6 games this evening in the NHL. We’re looking to combine 3 of the games for a parlay that pays just over 14/1. But before we dive in, be sure to check out all of our picks and previews for every game tonight.  You can also follow Pickswise on Twitter for plenty of daily betting content.

This parlay is paying out just over 14/1 odds on FanDuel Sportsbook.

Before their loss on Thursday night, the Ducks were one of the hottest teams in the NHL. They have won 8 of their last 10 games, and before that loss they were on an 8-game win streak. Expect the Ducks to get back on track after a loss to the Hurricanes, the best team in the league. The Ducks have been getting great offense, defense, and steady goaltending. They’re averaging the 6th-most goals per game with 3.39 per game, along with the 4th-best powerplay in the league. Defensively they’ve allowed the 8th-fewest goals in the league with just 2.61 goals per game. In the net, John Gibson has been one of the best goaltenders in the league, posting a 2.31 GAA and .926 SVP with a 9-3-2 record. Anaheim has been one of the biggest surprises of the year. With the rejuvenation of a young core and their captain Ryan Getzlaf having one of the best starts to a season in recent memory, with 19 points in 18 games, this team looks like a serious competitor in the Pacific Division.

The Preds are on a 2-game losing streak and have been outscored 9 goals to 9 in that stretch. They may continue to slip, in which case the Ducks as an underdog in this game provides bettors with great odds. Take the Ducks on the money line tonight.

Heading into this matchup, the Knights are on a 2-game win streak while the Blues have dropped 5 of their last 6 games. Since getting their captain back, the Knights have looked like a completely different team. Mark Stone has 3 points in his last 4 games and has helped his team win 3 of 4. Their goal differential in that 4-game stretch is +4. They’ve been playing some great hockey, and goaltender Robin Lehner has allowed 2 or fewer goals in 4 of his last 6 games. To get this team as an underdog provides excellent value for bettors.

The Knights will be looking for some revenge after the Blues defeated them 3-1 in their meeting earlier this season. Vegas had an extremely slow start to the season while the Blues started off on the right foot; this is a completely different matchup tonight, the teams are trending in completely different directions right now. Take the Knights on the money line. They’ve been playing great hockey and have great value.

Be sure to check out our full game preview for the Vegas Golden Knights vs St. Louis Blues

The Hurricanes have been the NHL’s best team all season. They’re on a 4-game win streak, and the Sharks are a mediocre team at best this year. The Canes have an 8-1-0 record on the road this season while the Sharks have put together a 5-5-0 record at home. The Sharks are on a 2-game losing streak, and going up against the best team in hockey is a challenge that may prove to be too much for them. Carolina is averaging the 4th-most goals per game and allowing the 2nd-fewest goals per game. This is a complete hockey team more than capable of covering the spread on any given night. They’ve lost just 2 of 16 games this season.

Carolina has the 2nd-best faceoff percentage in the league, and if they can control the majority of possession they’ll likely control the outcome of the game. Additionally, they’re averaging the 5th-best shooting percentage. Against goaltender James Reimer, who just allowed 4 goals in his latest appearance, this could be a big offensive night for the Canes. Take them on the puck line.