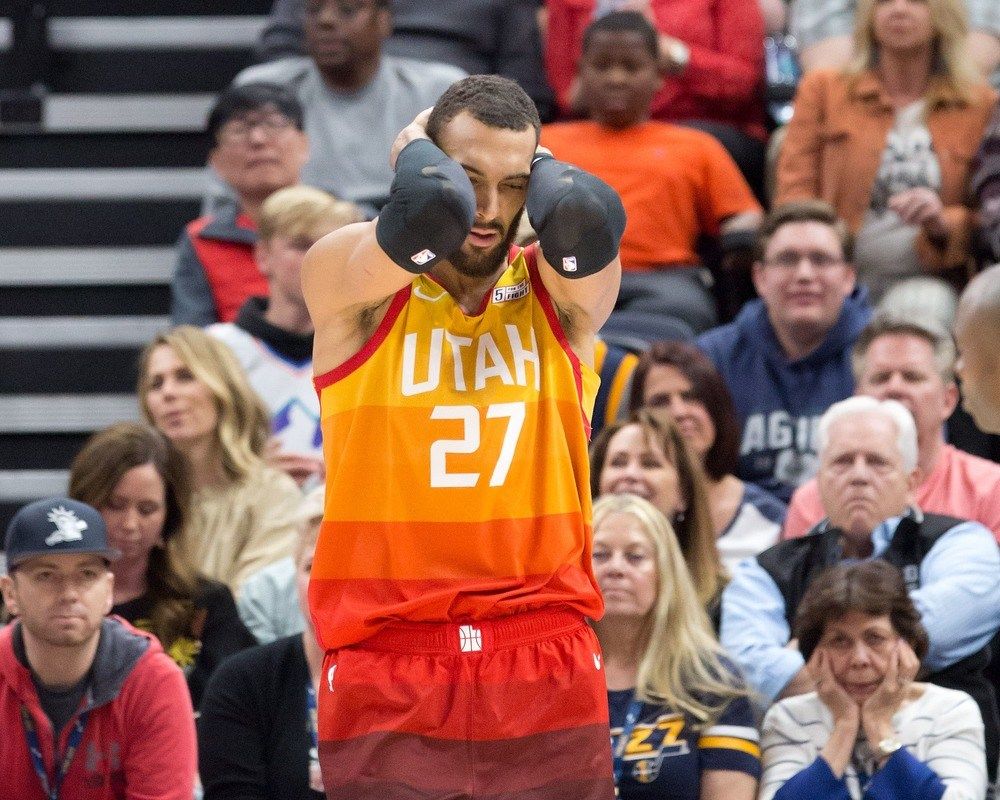 Since graduating from Davidson (The College That Stephen Curry Built), I have been writing about sports--just about any and all you can think of!--and coaching tennis in Atlanta, Ga. Beyond the four major sports, I am an avid tennis fan and cover the ATP Tour on a daily basis. If I'm not busy writing, you can generally find me on a tennis court or traveling the world wherever a sporting event takes me.
@Dimonator133
Updated: 19:34 PM ET March 12, 2020

With the benefit of hindsight, it is easy to understand that it was always a matter of not “if,” but “when.” No matter what specifically happened, sports as we knew them as recently as two days ago were not going to be the same for the foreseeable future. The process was inevitably going to start at some point. And the NBA started the process earlier than anyone expected.

The positive coronavirus test of Utah Jazz center Rudy Gobert on Wednesday night set in motion the cancellation or postponement of virtually all major sports in the span of less than 24 hours. It began with the NBA announcing there would be no fans and other non-essential personnel at games for the indefinite future. Shortly thereafter, the league suspended its season–also indefinitely. Things could get worse before they get better, too. Case in point: not long after Gobert’s diagnosis, Jazz teammate Donovan Mitchell also tested positive for the coronavirus.

One day later, Major League Baseball, the NHL, the XFL, and Major League Soccer suspended their operations. The ATP Tour has cancelled all of its tournaments that were scheduled within the next six weeks. But the biggest domino of all, of course, was the casualty of the NCAA Tournament.

That’s right; March Madness has become March sadness. No Big Dance. No Final Four. No Cinderella stories. Arguably the biggest event in all of sports will not take place in 2020.

Still moving forward as scheduled–for now–are the PGA Tour, UFC, boxing, NASCAR, and the Premier League. Most if not all of those events, however, will not allow fans to attend. As of right now the NFL is not moving back the start of its official league year, but it has cancelled annual meetings scheduled for late March and early April. The Premier League’s status as an active sport is likely in jeopardy following the positive coronavirus test of Arsenal manager Mikel Arteta.