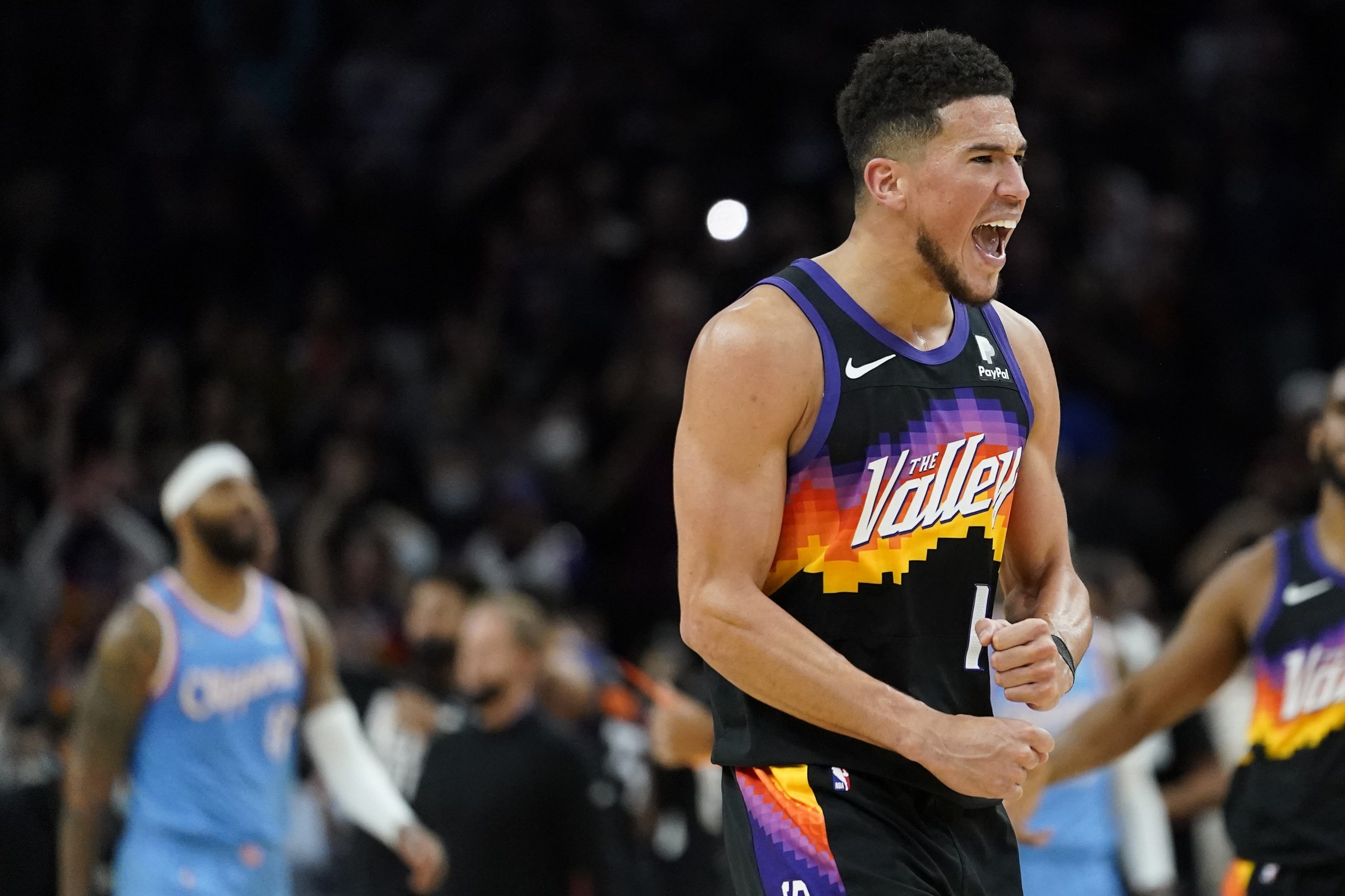 The All-Star break is over and the regular season ends in less than two months. There has been a shift in some of the odds for futures and awards since the beginning of the season. Here’s a look at the updated odds for NBA futures. All odds are courtesy of DraftKings Sportsbook, but always shop around for the best price.

The MVP race has been one of the most interesting of all the awards. The odds have shifted constantly throughout the season. Embiid is the current favorite after being outside the Top 5 earlier in the season. He is averaging 29.6 points per game, 11.2 rebounds, 4.5 assists, 1.4 blocks and 1 steal per game, while shooting 49.5 percent from the field. Embiid has carried the 76ers to the No. 3 seed in the Eastern Conference, 2.5 games out of the top spot. Harden could help the 76ers get the No. 1 seed and if that happens and Embiid can stay healthy, he has a good shot to win the award. Embiid is well-liked and fits the narrative for the award.

Jokic would be my choice if I had a vote. He has been dominant and carried a short-handed Denver team. It might be difficult for Jokic to get the award since Denver is the No. 6 seed in the West and likely can’t get higher than the 4 seed. Jokic won the award last season and this season’s stats aren’t far off. Jokic is near the top in many metrics. He is averaging 26 points, 13.8 rebounds, 7.9 assists, and 1.3 steals, while shooting 57 percent from the field, including 37.2 percent from 3-point range.

Antetokounmpo is always in consideration. The Bucks are 2 ½ games out of the top seed in the Eastern Conference. The Bucks have had injuries and rarely lose when Giannis, Khris Middleton and Jrue Holiday play. Antetokounmpo is averaging 29.4 points, 11.2 rebounds, 6 assists, 1.4 blocks and 1 steal per game and shooting 54.7 percent from the field.

For a while, Curry looked like a lock to win it with the Warriors starting 18-2 and Curry breaking the all-time 3-point shooting record. I didn’t like his odds when he was the favorite because he wasn’t shooting well. He struggled initially without Draymond Green, but Curry has been better over the last 15 games, shooting 44 percent from the field, including 37 percent from 3-point range. The Warriors are 6 ½ games behind the Suns for the top spot in the Western Conference and Chris Paul is likely out for the rest of the season. It’s a nice cushion for the Suns, but if the Warriors get past the Suns, there’s a good chance Curry can win the MVP and he’s worth a shot at +850.

The Suns haven’t dropped with the news Chris Paul will miss 6 to 8 weeks with a right thumb avulsion fracture and instead have become the favorites after being co-favorites with the Warriors a few days ago. The Suns have a 6 ½ game lead with 24 games left. It should be enough to hold on to the top seed in the Western Conference and the team has depth. As long as Paul is back for the postseason, the Suns can win the title.

The Warriors are tied with the Nets for the second favorite. They haven’t been at full strength all season. Klay Thompson is looking better, but the key is Draymond Green. He said he will miss another 3-4 weeks with a back injury and hasn’t played since Jan. 5. The Warriors need him to win the championship.

While the Nets are currently the 8th seed in the Eastern Conference, they have the 3rd best odds to win the title.  The Nets improved after the trade of James Harden, adding Ben Simmons, Seth Curry and Andre Drummond. Durant is still out and Ben Simmons is expected to make his debut in a few weeks. As of now, Kyrie Irving still can’t play in home games due to vaccine mandates. The Nets are one of the best teams when everyone plays, but could also lose in the first round. The Eastern Conference is wide open and the status of the Nets makes it interesting.

The defending champion Bucks are a threat to repeat. When Giannis Antetokounmpo, Khris Middleton and Jrue Holiday all play, they rarely lose. The depth isn’t as good as last season and Brook Lopez hasn’t played all season. The 76ers added James Harden, and Joel Embiid is having an MVP season, but the trade took some depth away from Philadelphia. I wouldn’t put money on them to win the title.

The Heat are another team that has rarely been at full strength this season. While I don’t think they win the title, they are a threat to come out of the Eastern Conference and it’s +475 for them to win the Conference. If you’re looking for a longshot, Denver is +3500. If Jamal Murray and Michael Porter Jr. can return, they are dangerous.

The Suns, Nets and Bucks are my favorite picks to win the championship.

All season, Mobley has been my pick and the odds have shifted heavily in his favor. The Cavaliers have been the biggest surprise in the NBA and Mobley has played a big part. Mobley is averaging 14.9 points, 8.9 rebounds, 2.6 assists and 1.6 blocks, while shooting 50.3 percent from the field. He has helped the Cavaliers rank 4th in defensive efficiency.

Herro’s odds to win keep climbing and it’s almost a lock unless injury strikes. Herro struggled in his second season after a good rookie season. Herro has helped Miami be tied for the top seed with Chicago at the All-Star break. Herro is averaging 20 points, 4.8 rebounds, and 3.9 assists. The change of scenery has helped Oubre, who is averaging 16.2 points.

Gobert has won the award in 3 of the last 4 seasons and missed time with injury. He recently returned and the Jazz struggled in his absence. Gobert leads the league in rebounding per game with 14.8 and is second in blocks at 2.3.

It’s surprising to see Green remain second. While there’s no disputing how critical he is to the Warriors defense, he has played 34 games and said he’s 3-4 weeks away from returning. Antetokounmpo can make a run if the Bucks get healthy and surge to the top of the Eastern Conference.

Jackson is a dark horse for the sizzling Grizzlies, who have the best record in the NBA since Christmas. His odds have surged with Ja Morant talking him up. Jackson is averaging 2.2 blocks and 1 steal per game. He has great length and is a versatile defender. Bridges is an excellent defender and the Suns defensive rating is way better with him on the floor.