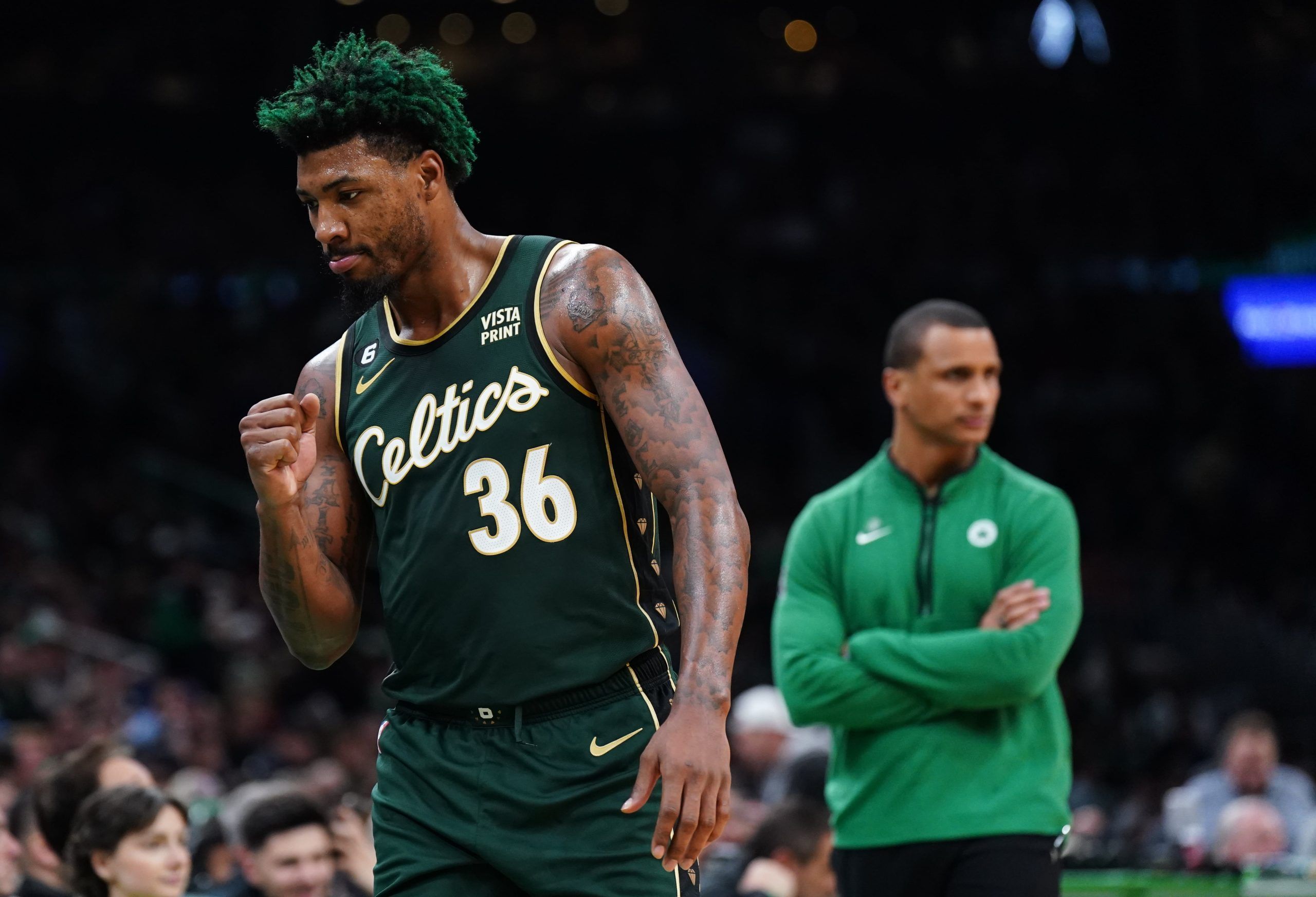 A Bostonian with a love for stats and baseball. Using knowledge and passion to find the right bet in MLB, NBA, NFL, and more. A lover of bold sports takes and sweat-free plus-odds picks.
@keithps22
Updated: 7:09 AM ET November 28, 2022

We start the week in the NBA with a 10-game slate, and what better way to celebrate than with a mega parlay? The best matchup of the night takes place in Sacramento between the Suns and Kings, and that game is involved in this NBA mega parlay. Be sure to check out our NBA picks for each of today’s games, but for now, let’s get into it!

For this 3-team parlay we are going with 1 underdog on the money line and 2 favorites against the spread. Let’s break down each of the 3 legs.

The Celtics have been one of the best teams in basketball this season. The strength of their team has been their offense, as they average the most points in the league. They displayed their offensive firepower with a 130-121 win over the Wizards last night, and that was without Jayson Tatum, who missed his first game of the season due to an ankle injury. That win improved their home record to 9-1 and increased their points per game to over 124, and fortunately for Boston, Tatum is expected to be back in the lineup on Monday.

Since Boston got out to such a large lead on Sunday, they were able to play their starters for fewer minutes, so playing on a back-to-back should be less of a burden. As for the Hornets, they will be without LaMelo Ball, Gordon Hayward and Dennis Smith Jr. The Celtics have every advantage in this game, and that should become apparent on Monday night.

The Pelicans were rolling until they met the Grizzlies. Memphis handed them a 21-point loss, and New Orleans looked terrible on offense and defense. They will likely be without Brandon Ingram, which would be a massive loss since C.J. McCollum is already sidelined. Oklahoma City’s biggest weakness has been their inability to defend in the paint, so it could be a big day for Zion Williamson. However, going into Sunday night’s game, the Thunder rank 1st in field goals attempted and 1st in field goals made. They attempt a lot of shots and usually make a good deal of them each night, so if it’s a good shooting night from Shai Gilgeous-Alexander and company, the Thunder are more than capable of taking advantage of the weak New Orleans defense and pulling off the upset.

This is a prime spot to grab the Kings who thrive on playing at home, while the Suns have struggled on the road. Sacramento averages the second most points per game at home while holding a 6-3 record, and they have had all weekend to rest for this matchup. They will face a weakened Suns team because they will be without Chris Paul on Monday, which puts a large burden onto Devin Booker’s shoulders. When Paul is out, Phoenix loses their best ball distributor, and they become a team reliant on iso ball. Sacramento can score on the perimeter with Kevin Huerter or in the paint with De’Aaron Fox and Domantas Sabonis, so their offense can score at will. I’ll take Sacramento to cover on Monday night.