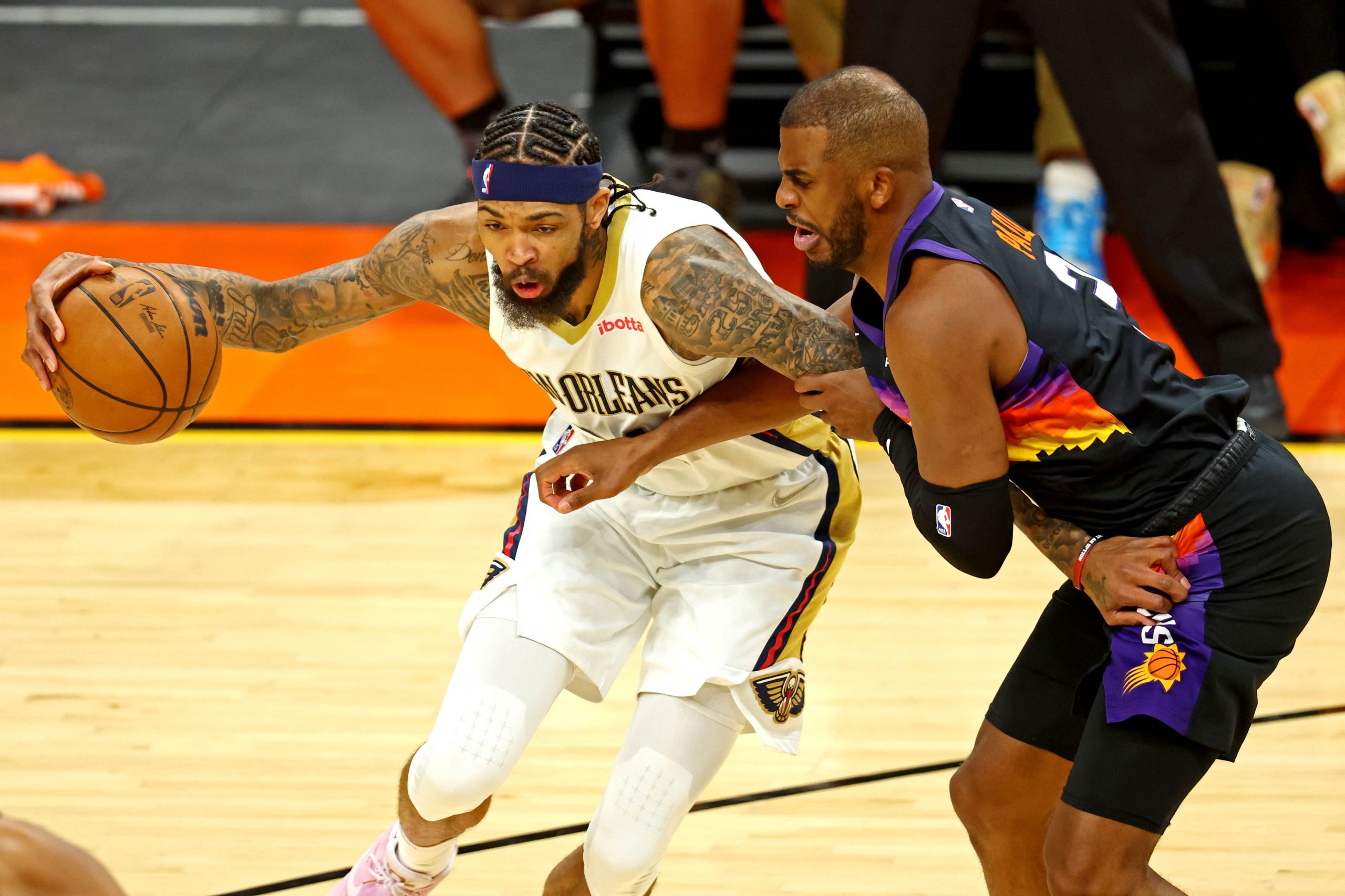 There are 3 games to place wagers on Friday night in the first round of the NBA playoffs. The Heat travel to Atlanta and aim to take a 3-0 lead in their series against the Hawks. The Bucks will be without Khris Middleton and play in Chicago with the series tied at 1-1. In the final game of the night, the Pelicans host the Suns with the series also tied at 1, and Devin Booker is out for the Suns. Bets may be added throughout the day if additional spots that arise, so be sure to check back later in the day. My record is 94-67-1 for the season. Here are my player props picks for tonight.

Giannis Antetokounmpo over 13.5 rebounds (-130 on DraftKings)

We played this Wednesday at 12.5 and it cashed with 18 rebounds in 40 minutes against the Bulls. In Game 1, he played 34 minutes and was limited due to 5 fouls and had 16 rebounds. He had 17 rebounds in 30 minutes against the Bulls on March 22, 16 rebounds in 39 minutes on March 4, 12 in 37 minutes on Jan. 21 and 9 in only 24 minutes on April 5. Antetokounmpo averaged 32.9 minutes in the regular season, which is why he averaged 11.6 rebounds. With Khris Middleton out, Antetokounmpo will be relied upon even more and needed on the floor for another 40 minutes. He is averaging 16.5 rebounds per 36 minutes in the series.

Ingram has been consistently going over this total the last 2 months. The game is expected to be more competitive with Devin Booker out and the Suns only favored by 2 points. Ingram only had 5 rebounds and 4 assists in Game 1, but bounced back with 11 rebounds and 9 assists in Game 2 and now gets to play in New Orleans. Ingram has gone over this total in 8 of the last 9 games and 11 of the last 13 games. He played 39 minutes in each of the first 2 games of this series.