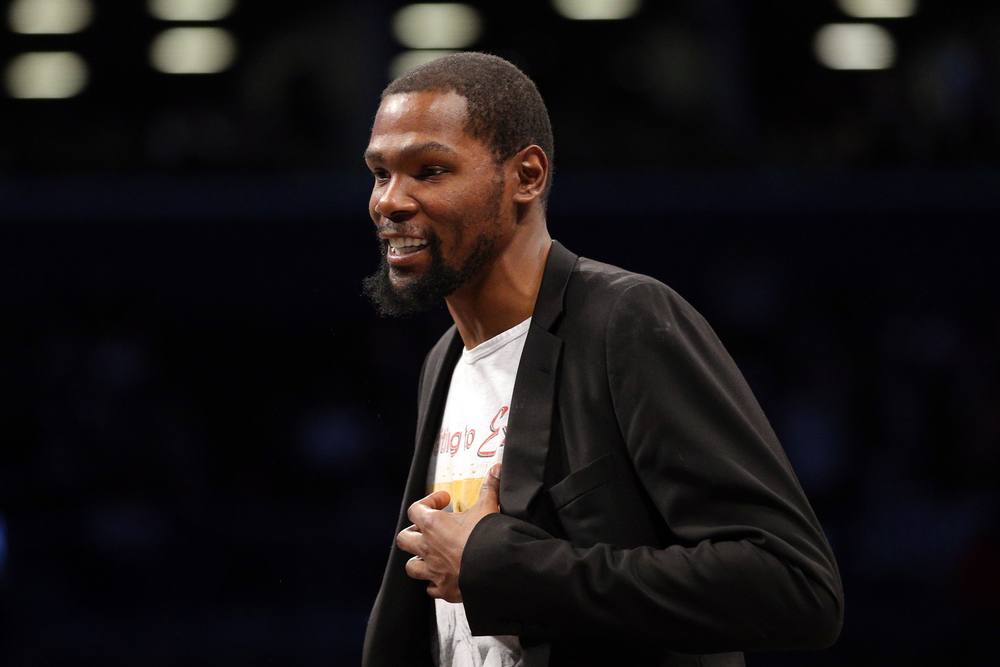 Those who have been searching for some fresh NBA content will finally get their wish… kind of, sort of, maybe.

Starting Friday, 16 NBA players will participate in a televised NBA 2K tournament. The games will be broadcast on ESPN, with the event expected to last about 10 days. Kevin Durant and business partner Rich Kleiman played a major role in bringing the tourney to life.

The tourney will provide basketball fans an opportunity to finally watch their favorite players take the court…even if it’s virtually.

Players were seeded by 2K rating and their tenure in the league. This led to the following matchups:

It sounds like the NBA, ESPN, 2K, and Durant/Kleiman are still figuring out some of the logistics. In the meantime, we have a handful of questions:

Do Participants Play as Their Current Teams?

This would probably make the most sense (and avoid the most drama), but it also provides some teams with a major advantage (or, in Drummond’s case, a major disadvantage).

It also provides an interesting case for Cousins, who was cut by the Lakers earlier this year. We even have a pair of teammates participating in the tourney (Harrell/Beverley and Booker/Ayton), leading to more logistical issues.

What about classic teams? Or maybe a fantasy draft? The options really are endless.

If participants are allowed to choose any squad, imagine the ensuing storylines. For instance, Drummond is set to be a free agent this offseason; he should tread lightly with his hypothetical choice.

Did Anyone Get Left Out?

When the initial report emerged, it sounded like organizers wanted a representative for every NBA team. Obviously, that didn’t end up happening.

That makes us wonder: was anyone left out? Was there anyone who declined? Gordon Hayward is well-known for his gaming, so it’s surprising to see that he’s not participating in the tournament. Same goes for Paul George and Damian Lillard.

What about some no-name rookie who’s spending his free time gaming? There had to be at least one player who volunteered and was denied. Maybe we’ll get an NIT version of the tourmane.t

Will Boogie Flip Out?

We’re just waiting for the moment that Cousins sends a swat team to Drummond’s house (don’t really do this, kids).

How Does Whiteside Have an 83 Rating?

I don’t think I’d have him any higher than 12 seed.

Eh, this is a tough one. During my cursory search of “Biggest NBA gamers,” Drummond came up for his infatuation with Fortnite. Will those skills translate to the court? Probably not, but we’ll still consider him a favorite.

Durant played a role in organizing the event, and he probably wouldn’t be participating if he wasn’t any good. Plus, it’s even better if he’s playing with the versatile Nets. We’ll make him a favorite, too.

Our favorite sleeper pick: Mitchell. In my non-expert opinion, depth is especially important in 2K. The Jazz are one of the deepest teams in the NBA, and a video game doesn’t care about their inability to mesh in real life. Of course, that sentiment might change if Mitchell suddenly freezes Rudy Gobert out of the offense…