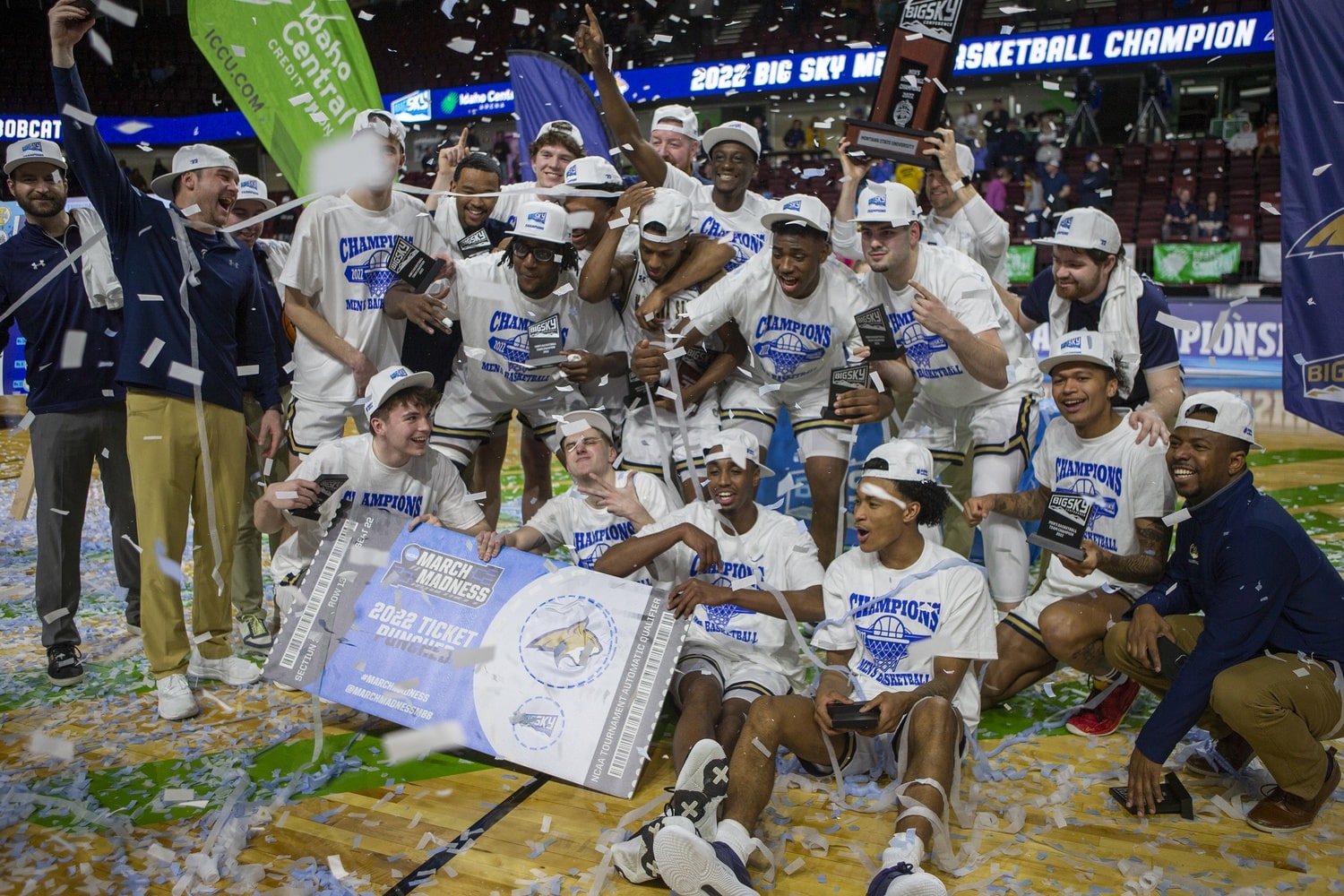 The NCAA Tournament is here. That’s right; the bracket madness begins on Thursday, and some brackets may not even make it to midnight. Who will pull off the biggest upset and set the stage for a Cinderella run? We have a couple of upsets picked in this particular piece, albeit none that would be Earth-shattering.

Let’s take a look at our mega parlay for the first day – no, we don’t count the First Four – of the NCAA Tournament.

For this parlay we are going with two underdogs on the money line and one favorite on an alternate spread. Let’s break down each of the three legs one by one.

KenPom ranks the Mountain West as the 7th-strongest conference in college basketball and ranks the American Athletic Conference as the 8th-strongest. Boise State won the MWC Tournament and beat Colorado State (a #6 seed in the Big Dance) twice, so you can argue that the Broncos are disrespected. They are an experienced group led by senior guards Marcus Shaver, Abu Kigab, and Emmanuel Akot, and they rank 51st in KenPom’s experience and 70th in minutes continuity. They defend at a high level (17th in KenPom’s adjusted defensive efficiency) and will likely be able to limit Memphis’ elite offensive rebounding, as the Broncos rank 5th nationally in opposing offensive rebounding rate. In addition to their stingy defense they have the size to match up with Memphis; they rank 15th in average height. Memphis has been playing extremely well, but the Tigers continue to struggle with turnovers and rank in the bottom 10 in turnover rate out of 358 Division 1 teams. Back Boise State to pull off a minor upset.

Check out our Boise State vs Memphis preview

Providence has been the luckiest team in the country for a majority of the season, per KenPom’s metrics. That isn’t surprising, because the Friars are 11-2 in games decided by 5 points or fewer and 3-0 in overtime games. They are led by their senior guards – which is typically a trait of teams that performs well in the NCAA Tournament – but they drew an extremely tough first-round opponent in South Dakota State. Led by Summit League Player of the Year Baylor Scheierman, the Jackrabbits have the best effective field-goal percentage and 3-point percentae in the country to go along with the 12th-best offensive efficiency (KenPom). They score in a hurry, too, as they rank 15th in quickest average possession length. The Friars could have their work cut out for them against the speed and efficiency of the Jackrabbits, as their transition defense ranks in the 11th percentile while South Dakota State’s transition offense ranks in the 99th percentile (Synergy). Take the small ‘dog for an outright win.

Check out our South Dakota State vs Providence preview

San Francisco is having a magical season, making the dance for the first time since 1998. The Dons picked up a huge 75-63 win against BYU in the West Coast Conference Tournament that effectively punched their ticket to March Madness. They have had a great season with a 24-9 record, but they have only 2 wins against teams in the tournament field. And Murray State is by no means one of the weaker teams among the 64. The Racers are 30-2 overall and riding a 20-game winning streak since losing to Auburn on December 22. Their only other loss has come to East Tennessee State. They rolled through Ohio Valley Conference play, going undefeated in the regular season as well as winning the conference tournament earlier this month. San Francisco forward Yauhen Massalski is questionable for this game, and even if he plays the Racers are capable of winning this one by a relatively comfortable margin.