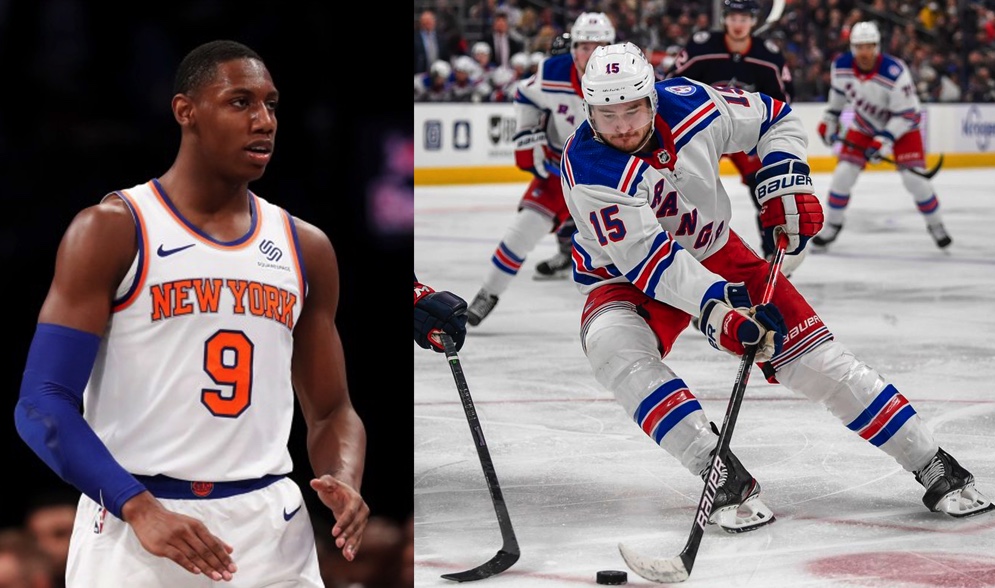 Start spreading the news! Online sports betting has finally gone live in New York, and to celebrate we’ve put together a 2-team cross-sport parlay involving two of New York’s proudest teams from the NBA and NHL!

We’ve got one pick each from the Knicks vs Celtics and Rangers vs Ducks matchups, which pays out at odds of +526 with DraftKings Sportsbook. Be sure to sign up to DraftKings using the great offer below if you don’t already have an account. Now, let’s break down each of these plays.

The Knicks just beat the Celtics at Madison Square Garden 108-105, and are great odds at +235 to do it again at TD Garden tonight. RJ Barrett hit an incredible game-winning 3-pointer at the buzzer to give New York the win, and while the Knicks should be filled with euphoria and motivation off of that, I expect the Celtics to be despondent heading into this one. Evan Fournier exploded for 41 points against Boston and scored a career-high 10 3-pointers. The Celtics have lost 5 of their last 7 games, and the Knicks look great odds to hand them another defeat.

The New York Rangers continue their 5-game road trip as they play the Anaheim Ducks on Saturday. Since the break, the Rangers have gone 3-2-0 with a pair of solid wins against the Lightning, but they are coming off a one-sided 5-1 loss to the Golden Knights on Thursday. The Ducks, meanwhile, were ice cold following the break and lost 3 straight games until they finally beat the Flyers on Tuesday. Anaheim has a number of big-name players on the COVID list which could mean bad news for them.