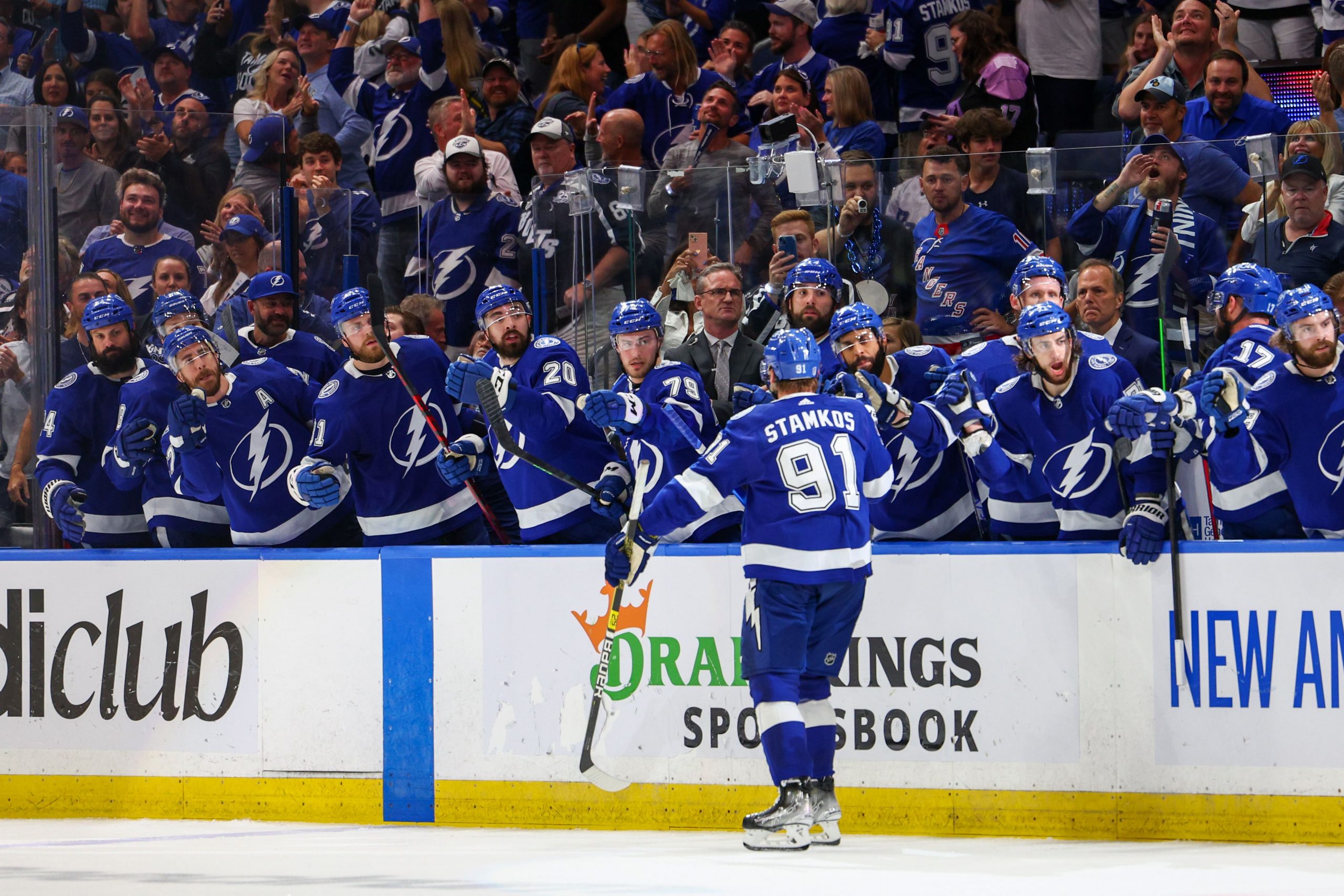 Game 6 of the Eastern Conference Finals is on Saturday night in Tampa Bay between the New York Rangers and Tampa Bay Lightning. The Lightning have the chance to end the series and punch their ticket to the Stanley Cup Finals for the 3rd straight year. The Rangers will try to fend off elimination, as they did in their previous two series, to force a Game 7 in New York at Madison Square Garden. We have looked over Game 6 and found 3 bets to provide you with a same game parlay that has a payout of just over 5/1 at DraftKings Sportsbook. But before we dive in, be sure to check out the player props for the game.

The reason the Lighting are back-to-back Stanley Cup champions is that they know how to close out a series and that is by jumping on the opposition quickly. A first-period lead would start to put doubt in the minds of a much less experienced team such as the Rangers, and force them into making mistakes. This is the gameplan from Game 4 of the series and should be how the Lightning want Game 6 to go, taking a lead into the first intermission. Also, the team that has won the 1st period in each game of this series has gone on to win the game.

The Lightning have found their stride against the Rangers. Over the past 2 games, they have limited the scoring chances and goals, only allowing 2 goals, while being able to find the back of the net on the attack, scoring 7 times. This has resulted in back-to-back wins by 2 or more goals. Look for this game to mirror that of the Lightning’s last series clinching game against the Panthers, where the Panthers went all out to avoid the loss but still lost 2-0. The Rangers will throw everything they have at the Lightning, but the experience of the Lightning will come through and they will win by at least 2 goals, sending them to the Stanley Cup Finals.

The lack of Rangers offensive pressure at 5-on-5 has started to show as this series has gone on. In the last 3 games, the Rangers have scored only 1 even-strength goal and they rank last out of the 4 teams that made the Conference Finals in expected goals. The goalies have been the stars though in this series. Igor Shesterkin of the Rangers has continued his streak of allowing 3 or fewer goals since early in the first round and leads in goals saved above expected in the Conference Finals. Andrei Vasilevskiy has allowed 4 goals total over his last 3 games and has allowed more than 1 goal in a game just 3 times in his last 10 playoff games. Look for another lower-scoring game tonight.