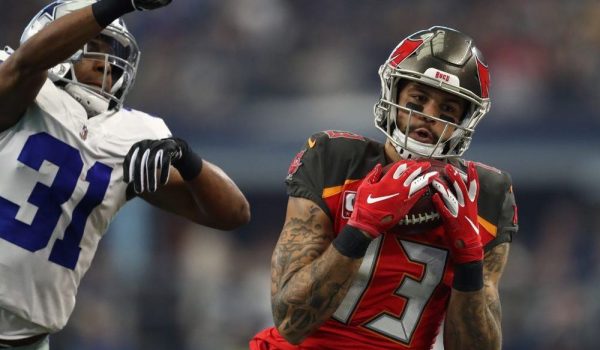 Week 10 of the NFL season promises to be an exciting one. This article will cover the NFL fantasy picks for week 10 and how we can use these players in our NFL DFS Picks as well. We will look at the top 3 players this week, both from a value standpoint and from a high expectation view as well. It is going to be an exciting NFL Week 10 as these are the players to choose from.

Earlier in the week, news came out that Mark Walton would be serving a four-game suspension. The Miami Dolphins already traded Kenyan Drake before the trade deadline, which leaves Ballage as the top back in Miami. The Dolphins showed signs of life last week against the Jets to pick up their first win of the season. Miami now takes on Indianapolis this week. The Colts are a reliable defense, however, they only rank 20th in the NFL against the rush this season. Ballage will be one of our top Draftkings picks as well as Fanduel picks this week given his cheap salary on both sites.

Jameis Winston has been one of the most inconsistent QBs this season. However, he has been a borderline top 10 QB this season. This week the Buccaneers will take on the Cardinals in what should be one of the top-scoring games of the week in the NFL. Both teams have struggled on defense this season, which is good news for the offense of Tampa Bay. The Cardinals rank 29th in passing yards allowed and 20th in yards allowed per attempt. Tampa Bay also has two of the best receivers in the NFL, so I expect Winston to be one of the top Draftkings NFL picks in week 10.

Both Mike Evans and Chris Godwin have been excellent NFL Fanduel picks this season. Evans and Godwin have been top 10 WRs all season, and I expect that to carry over to this game. As mentioned earlier, the Cardinals have been one of the worst teams against the pass. Patrick Peterson is a shell of his old self, and as a result, I expect both Evans and Godwin to have massive games in this match-up. We have the over 51 points in our free NFL picks section, so this game is going over! I prefer Evans this week over Godwin, though.