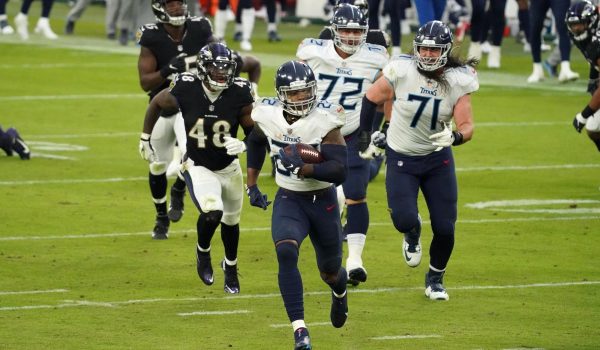 You have got to search for the value in the NFL schedule this week with some one-sided matches on the slate and you can get our thoughts on the side and total for every Week 12 NFL game here. But fear not, we have been digging deep to build this week’s mega parlay and believe we’ve come up with a winner. Featuring a few value bets and a sprinkling of outsiders from the money line, our seven-game parlay returns a huge payout at odds of over 50/1.

We are feeling good about our parlay so let’s not waste any more time and break down our selections.

It isn’t often you can feel confident backing the road team against Bill Belichick and the Patriots but this New England defense is so bad that it just makes too much sense not to kick off our parlay with an Arizona win. The Cardinals are coming into this game off a narrow loss at Seattle but have generally been good on the road. More importantly, Kyler Murray’s shoulder injury is trending in the right direction and he should be fit to face a Patriots defense that is now ranked dead-last in DVOA. On the other side of the ball, New England’s offense is averaging 20 points per game at home and that won’t be enough to keep pace with the Cardinals. You can read our full game preview here.

P.J. Walker took everyone by surprise last week when leading Carolina to a 20-0 victory over Detroit, keeping the receiving core warm for the return of Teddy Bridgewater. The Panthers’ first-choice QB will be back to face the team that drafted him in the first round in 2014 and with Robby Anderson, Curtis Samuel and DJ Moore all on song, Bridgewater could flame the Vikings defense. Minnesota had the wind knocked out of them by the loss to Dallas last week and if Adam Thielen doesn’t play on Sunday, Carolina can knock off another NFC North team. You can read our full game preview here.

You know about The Injury. That’s not what this story is about because Teddy Bridgewater is about more than that.https://t.co/jvdndtmCpo

Any hope of a strong end to the season for the Bengals went down the pan when Joe Burrow sadly got injured last week at Washington. Brandon Allen will start against the improving New York Giants this week and could be in for a tough time — Big Blue having allowed 20.6 ppg over the last five weeks. This Giants team will never blow anyone out but on a wet and windy afternoon in Ohio, they have the tools to edge this one. You can read our full game preview here.

Buffalo has had two weeks to sit and think about their ‘Hail Murray’ loss to Arizona before the bye but should produce the right response against the Chargers. Defense is the biggest concern for the Bills, having been torched in their last two outings, and they might struggle to contain rookie sensation Justin Herbert. Fortunately for Buffalo, the Chargers can’t stop shooting themselves in the foot and nearly handed the New York Jets victory last week. With problems on defense and special teams for the Bolts, Buffalo can win in a shootout. You can read our full game preview here.

These AFC South rivals are both coming off huge overtime wins in Week 11 and now square off in a potential division decider. We didn’t see the Titans at their best in the Week 10 loss to the Colts, particularly on special teams and defense, but they showed in the win over Baltimore that they can still hang with the best. The Colts have a lot of injury concerns coming into this game, especially across the line, and with the Titans backed into a corner in the AFC South title race, we expect Tennessee to come out swinging. You can read our full game preview here.

The Raiders are said to be mad, not sad, about their last-minute loss to the Kansas City Chiefs last week and that could spell trouble for the Falcons. Atlanta was awful in their loss to New Orleans in Week 11, managing just 52 yards of offense in the second half, and could be without Julio Jones on Sunday. The Raiders have put up 30 points in three straight games and should be the hungrier of the two sides as they chase a playoff spot in the congested AFC. You can read our full game preview here.

Seattle will hope the win over Arizona last week is the turning point in their season as they embark on a run of three games in four weeks against NFC East sides. The Seahawks defense finally made a positive difference in that win over the Cardinals and they could have another big say against an Eagles offense now ranked 30th in DVOA. The ‘Hawks have won the last four against Philadelphia and they can make it five straight to bring home our parlay on Monday night. You can read our full game preview here. 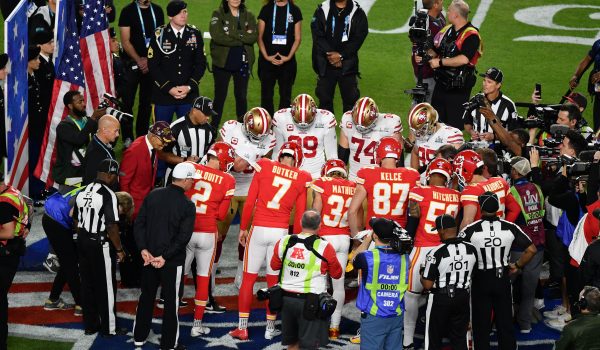 NFL 15h ago
A look ahead to the Super Bowl – Can current best (Mahomes) beat the best of all time (Brady)? 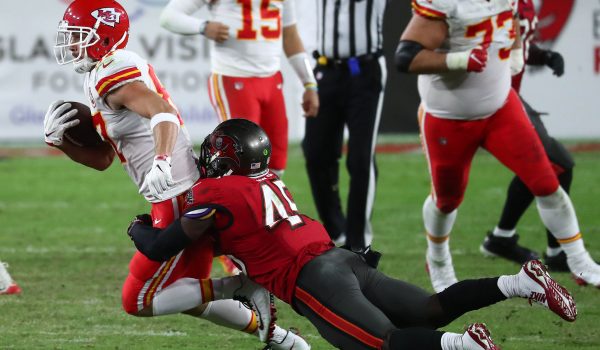