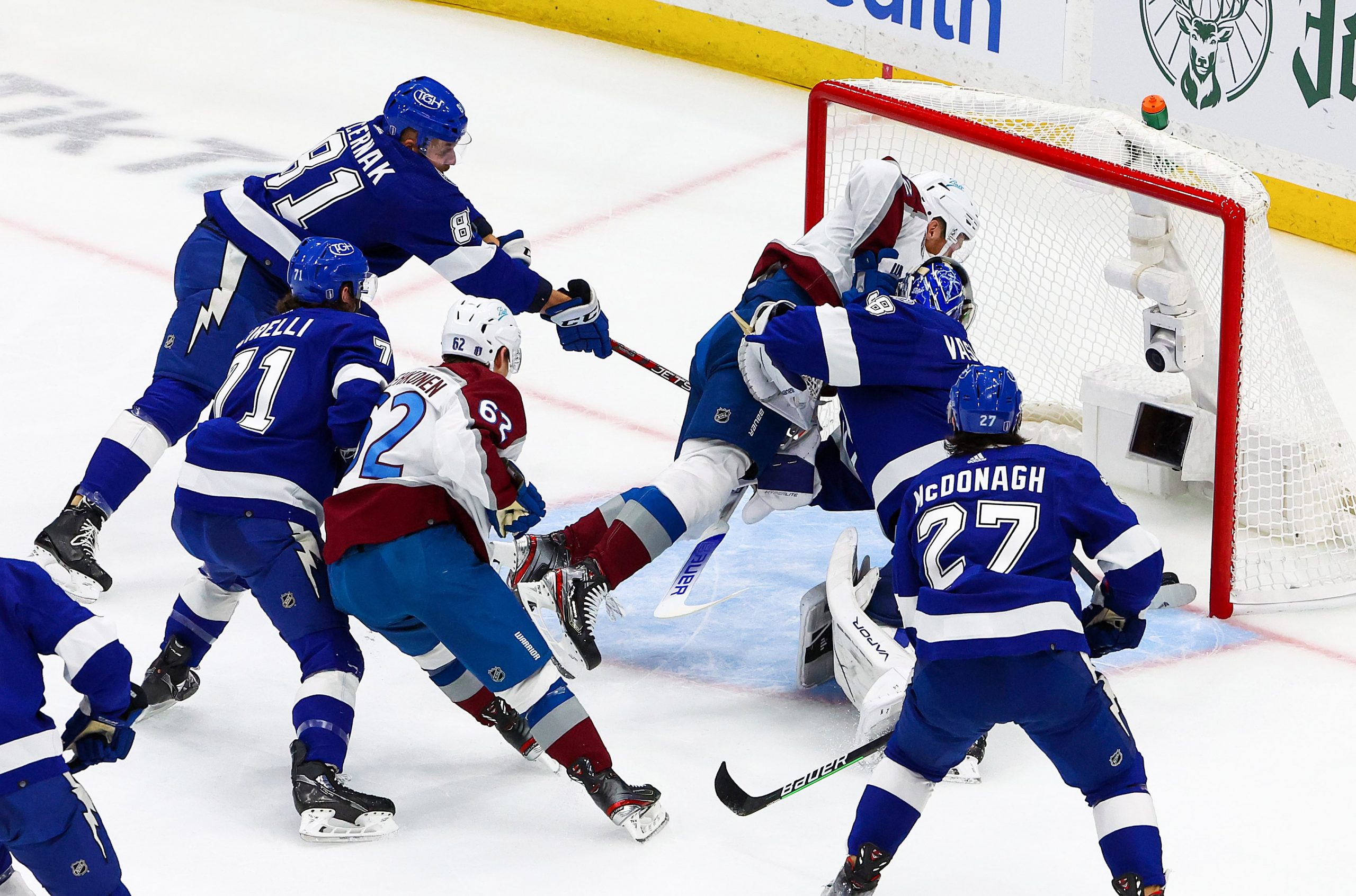 After the Lightning found themselves down 2-0 in the series, they were able to bounce back to win Game 3, just as they did against the Rangers in the previous round. However, their much-needed victory came at a cost. They had several skaters get banged up, most notably Nikita Kucherov, and they were already missing Brayden Point. There’s a chance the others will still be available, but they will certainly not be 100%. Although injuries are never wished upon anyone, it may provide an opportunity to make Game 4 profitable. Along with this same game parlay, be sure to check out all of our NHL analysis.

Given that the Lightning are not even close to full strength, the Avalanche have a prime opportunity to take a commanding 3-1 lead before heading back to Colorado. The saying goes that a series doesn’t start until a road team wins a game, and they should do just that. It’s important not to become a prisoner of the moment as every game is a new one. That was the case after the Avalanche crushed Game 2 by a score of 7-0 and should be remembered even with the Lightning’s 6-2 win in Game 3.

These teams are clearly both amazingly talented, and the Avs are a great combination of both speed and toughness. They’ve always been known for their fast skaters such as Nathan MacKinnon, but they have also been willing to bang with the Lightning. Some would argue they do it a bit too much after Devon Toews’ hit on Kucherov. Regardless, they are showing the characteristics that Tampa Bay has shown the past 2 seasons to win the Cup. Completely shutting down an all-world skater such as MacKinnon was impressive, but not something the Lightning can rely on. Similarly, they cannot rely on Pat Maroon and Nick Paul to carry the goalscoring side of things. That is especially the case if Kucherov ends up missing any time on the ice. It’s always difficult to bet against Tampa, but they are not the fully healthy team that they have been in the last 2 seasons.

The first 3 games of this series have shown that these teams have the ability to go over this number. It’s surprising it’s not listed at 6.5 for Game 4, but respect is being given to Lightning goaltender Andrei Vasilevskiy. He is still incredible, but the Avalanche have already proved that they can find the net behind him. They covered the total themselves in Game 2, and contributed enough on the road in Game 3. Colorado should also be expected to score more than their 2 goals on Monday night with a better performance from MacKinnon. Regardless, they have 4 skaters with over 20 postseason points, so they have the depth to get it done. The Lightning did their part with a stronger performance on home ice with the Avs pulling starter Darcy Kuemper. Both sides should help to produce another high-scoring game.

Not only have each of the first 3 games of this series gone over the total, each of the first periods has done the same. Colorado has been known for its speed, and has wasted no time putting that on display. Many analysts thought the Avs would enter the series sluggish after 9 days off, but it was quite the opposite. They came out firing, scoring 3 goals in the first period of Game 1, which ended with 4 total goals. The Avs put up another 3 first-period goals in Game 2, while the Lightning scored 2 of the 3 first-period goals on Monday. There was even a disallowed goal for Colorado in that game as well. With both teams having shown they can make fast starts, expect more of the same on Wednesday.