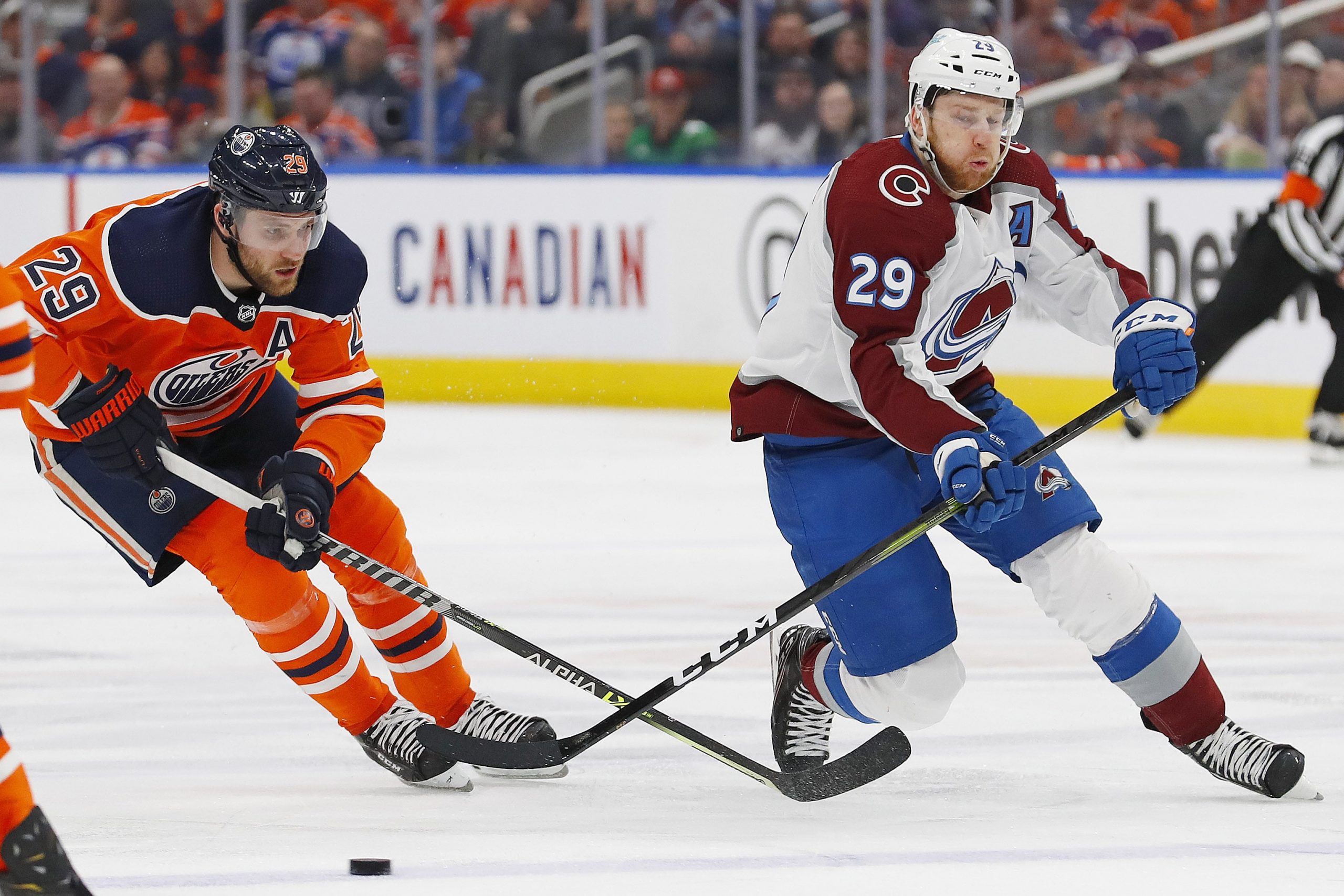 Both the Oilers and Avalanche have been using some much-needed time off while they waited for the Eastern Conference to wrap up. This should be one of the most exciting series in quite some time, as they each have some of the game’s biggest superstars. There will be plenty of debates over Connor McDavid versus Nathan MacKinnon. Regardless, there is no debate that we can make this game profitable. Along with this same game parlay, make sure you check out all of our NHL analysis.

There are not many hockey fans that are surprised that the 2 teams with star-studded rosters are the ones meeting in the conference finals. The Oilers have the Art Ross trophy winner in Connor McDavid after he led the league in points for the regular season. However, it is the Avalanche that entered the season as the Stanley Cup favorite and remained as such throughout the year. If not for injury, they would have multiple skaters rivaling McDavid for that lead.

Nathan MacKinnon is regarded as the best skater in the world by many as well. With him and Mikko Rantanen healthy, they lead an entire all-star roster. It’s a roster that is excellent on home ice, which should get them off to a strong start. They averaged 4.15 goals per game on home ice this season, finishing with a 32-5-4 record in their own arena. The Oilers’ concerns have never been their goal-scoring ability, but rather their goaltending. Edmonton’s 40-year-old Mike Smith has done well enough to get them to this point, but has yet to face a set of skaters this talented and this deep. With a defense in front of him that allowed the most shots per game of any team that made the postseason, he is not exactly set up for success. With a rested, healthy Avalanche roster, they should take advantage of the home ice.

It doesn’t take long to see why there should be plenty of goals expected in this game, and the series overall. Not only did Connor McDavid lead the league in points with 123, but teammate Leon Draisaitl was not far behind with 110. Evander Kane already has 2 hat-tricks in the postseason alone, and should also help the Oilers find the back of the net. Yet it is the Avalanche who should still do so even more frequently. Cale Makar set a franchise record with 86 points for a defenseman, and is one of the best at assisting Colorado’s great goal-scorers. After adding Nazem Kadri and Gabriel Landeskog to the mix, the Avs have 5 skaters that averaged over a point per game. The last time these teams met was just over a month ago, and the game ended with 12 goals.

It may seem strange to target a goal-scorer prop for a skater on the team that is not predicted to win. However, there should be plenty of goals in this game and Draisaitl is one of the best. He recently broke Wayne Gretzky’s record by scoring 17 points in a 5-game series last round. That catapulted him to 26 total points in just 12 games this postseason. The interesting part has been his split; he has 7 goals and 19 assists. That is actually different for him, as he is more of a goal-scorer than that would illustrate. He ended the season with exactly 55 of each goals and assists and is a high-volume shot-taker. Look for Draisaitl to start to even out that split while trying to keep the Oilers in this game.