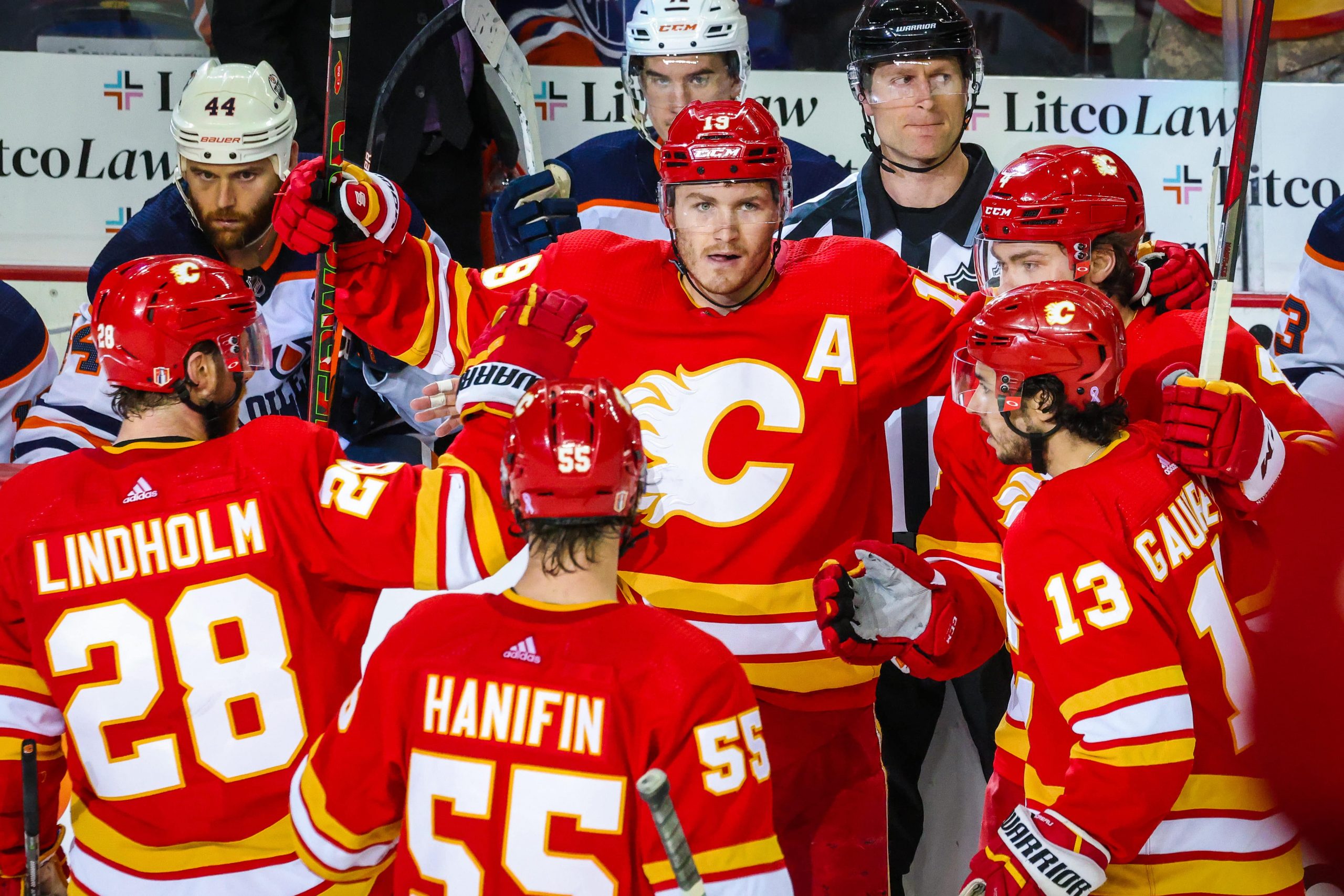 Wednesday brought a total of 18 goals between the 2 games on the NHL Playoffs slate. The Rangers-Hurricanes and Oilers-Flames games were offensive contests, but the Battle of Alberta did not disappoint with a wild 15-goal game. The Rangers and Oilers have an uphill battle to stay in these series the way the Hurricanes are playing at home and with the Flames starting to round back into form. Game 2 should bring more great action.

If you are looking to have action and combine some picks from these games, check out these parlay picks that have +607 odds on DraftKings Sportsbook at the time of publishing.

The Hurricanes were consistent all season in flexing their strong goal prevention. Carolina allowed the fewest goals in the NHL’s regular season and were ranked at or near the top of the league in goal prevention all season. The Hurricanes’ formula for success is containing the opposition and minimizing their high-percentage chances. In their 5 wins in these playoffs, Carolina has allowed a total of 7 goals for an average of 1.4 goals allowed per win. The Hurricanes got the Game 1 win and will try to make quicker work of the Rangers this time, the way they did in their wins against the Bruins.

Another ingredient to the Hurricanes’ winning recipe in these playoffs has been home-ice advantage. All 5 of their wins have come at PNC Arena and all 4 losses were on the road. Carolina is now 5-0 at home, outscoring opponents 20-7. The Hurricanes love playing in their home barn in front of their faithful. Their game play and results reflect true home-ice advantage. It’s arguably the best in these playoffs, so far at least. Until the Hurricanes show otherwise, they are a great play at home.

Including the regular season and playoffs, the Flames are now 3-0 at home against the Oilers, outscoring them a combined 21-12. That average of 4 goals allowed per game is far from ideal. But that 7 goals scored per game makes up for it. The Flames have had better numbers than the Oilers in both goalscoring and goal prevention all season. Edmonton has had a better power play but is neutralized by Calgary’s much better penalty kill. The Flames score more at 5-on-5 and had the league’s best 5-on-5 defense. Calgary is a plain tough matchup for Edmonton as their team strengths stack up better than those of the Oilers.

Calgary can and should play better than they did in Game 1, specifically on defense. Despite not playing their best, they still scored 9 goals and won that by 3. Edmonton has to be frustrated having scored 6 goals and still lost. With a couple of high-powered offenses, the over looks great yet again with the game also leaning Calgary given their form, team strengths and the overall matchup.