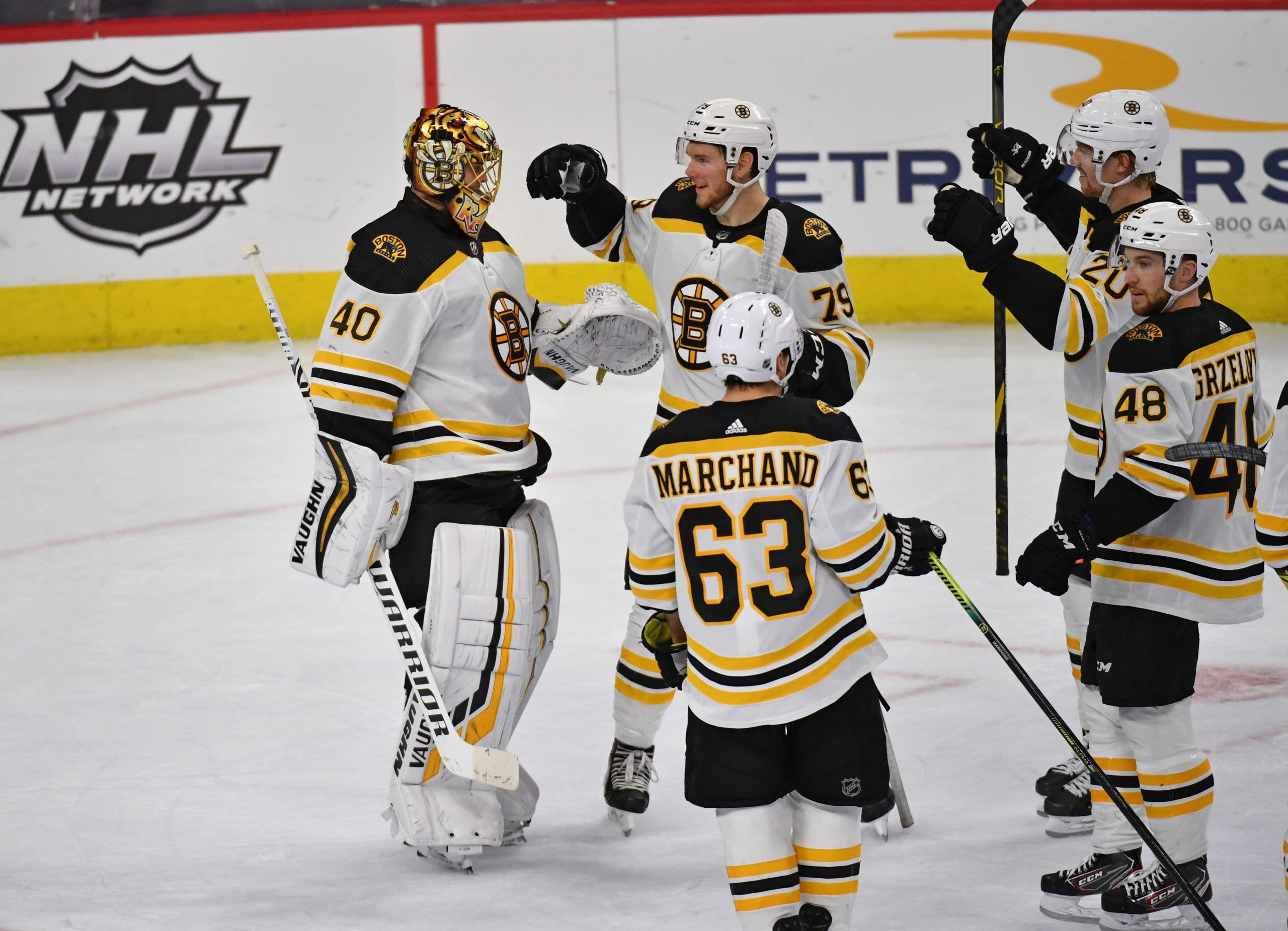 Stanley Cup predictions and picks for the return of the NHL on Saturday, August 1st. The coronavirus break, bubble cities, and a whole new playoff format will add more variance into the betting action. So, will it be best to side with some longshots? We answer that question and dive into our Stanley Cup predictions for 2020, which includes our best bets to win the Cup.

A team seeking its first Cup since the 2010-2011 season will be out to avenge their 2019 Stanley Cup Final loss to the St. Louis Blues. The Bruins led the league in wins (44), regulation wins (38) and goal differential (+53). They were arguably the hottest team when the season paused,  winning 16 of their final 20 games.

The B’s have the best defense in the league led by red hot goalie Tukka Rask who finished the season with a 26-8-6 record and .929 save percentage. They allow just 1.88 goals against per 60 minutes, and this number will only get shorter as they welcome back two key defensemen Torey Krug and Brandon Carlo, who were both dealing with minor injuries at the time of the stoppage.

The Bruins also have plenty of offensive weapons, David Pastrnak, Brad Marchand and Patrice Bergeron have been the NHL’s top line in recent years. Pasternak has had a great season; he finished tied with Alexander Ovechkin for the league lead in goals with 48. He also chipped in 47 assists for a 95 point regular season.

The Bruins were a force when hockey was suspended and have one of the most experienced rosters in the league; at +650, they are a solid bet. 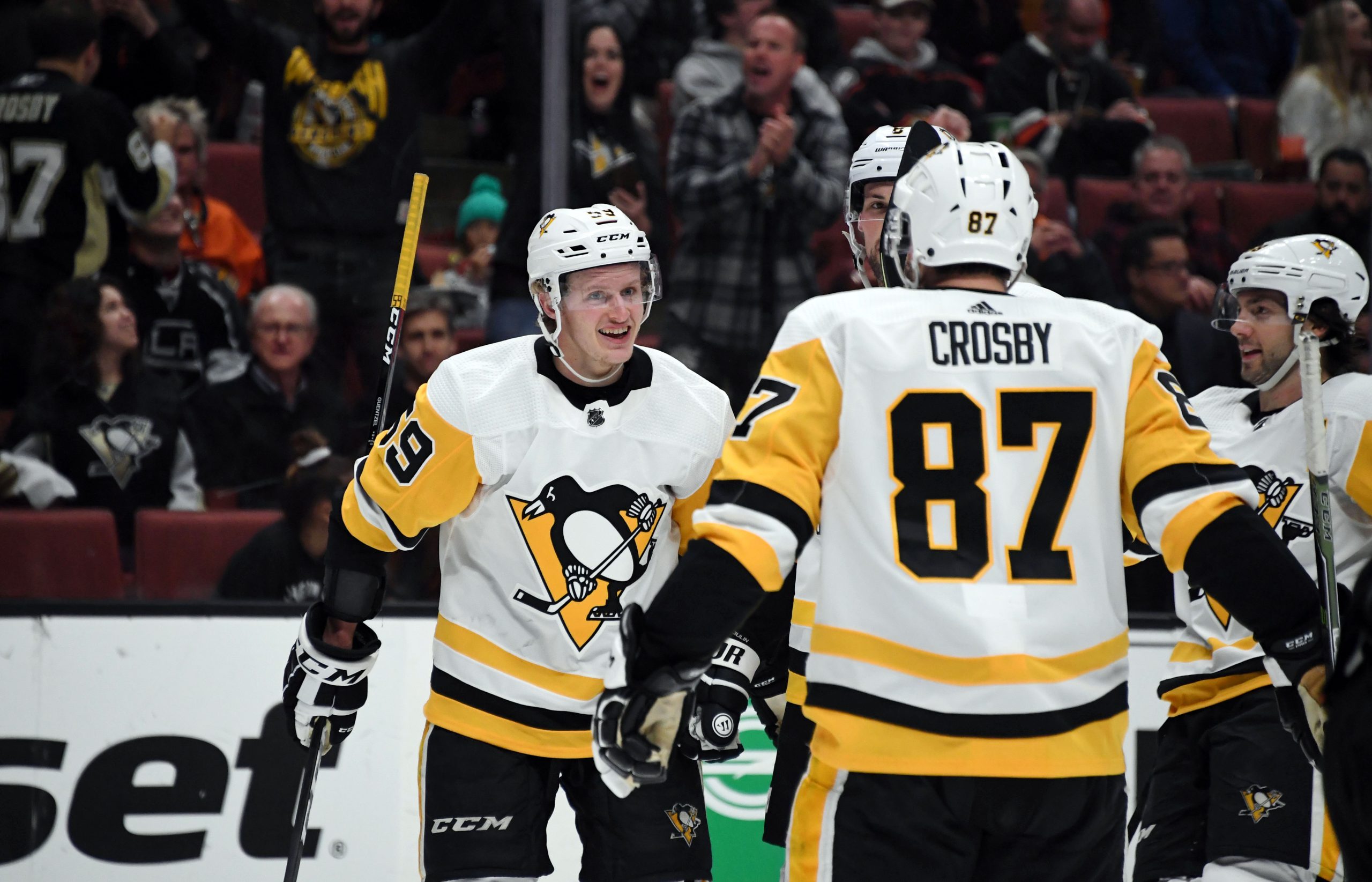 The Pens are one team that will have welcomed the break in play; it gave them a chance to get some of their offensive stars back from injury. Jake Guentzel returns and can add to an already strong front line with Sidney Crosby and Evgeni Malkin. In only 39 games this season, Guentzel finished with 20 goals and 23 assists. He also scored over 40 goals last season.

Goaltending is a bit of a concern, and the biggest question is who will start in net for Pittsburgh. Tristan Jarry reached his first all-star game, and had the better overall season, but struggled late. Matt Murray also struggled, but he does have postseason experience with 47 playoff starts and is a two time Stanley Cup winner.

With three Stanley Cup’s since the 2008-09 season, Pittsburgh has been a mainstay in the playoffs for a while. They drew the lowly Montreal Canadiens in a best of five series in the return to play seeding mini-tournament, a team that they were able to beat in two of the three regular-season meetings.

The return of Guentzel, along with Jason Zucker, makes the Penguins a very dangerous team. They started the season in red hot form, and over the first 39 games were the third-best defense in the NHL. If they can get any kind of defense going to compliment their offense, they can be scary good, and that makes them a great darkhorse contender at +1600. 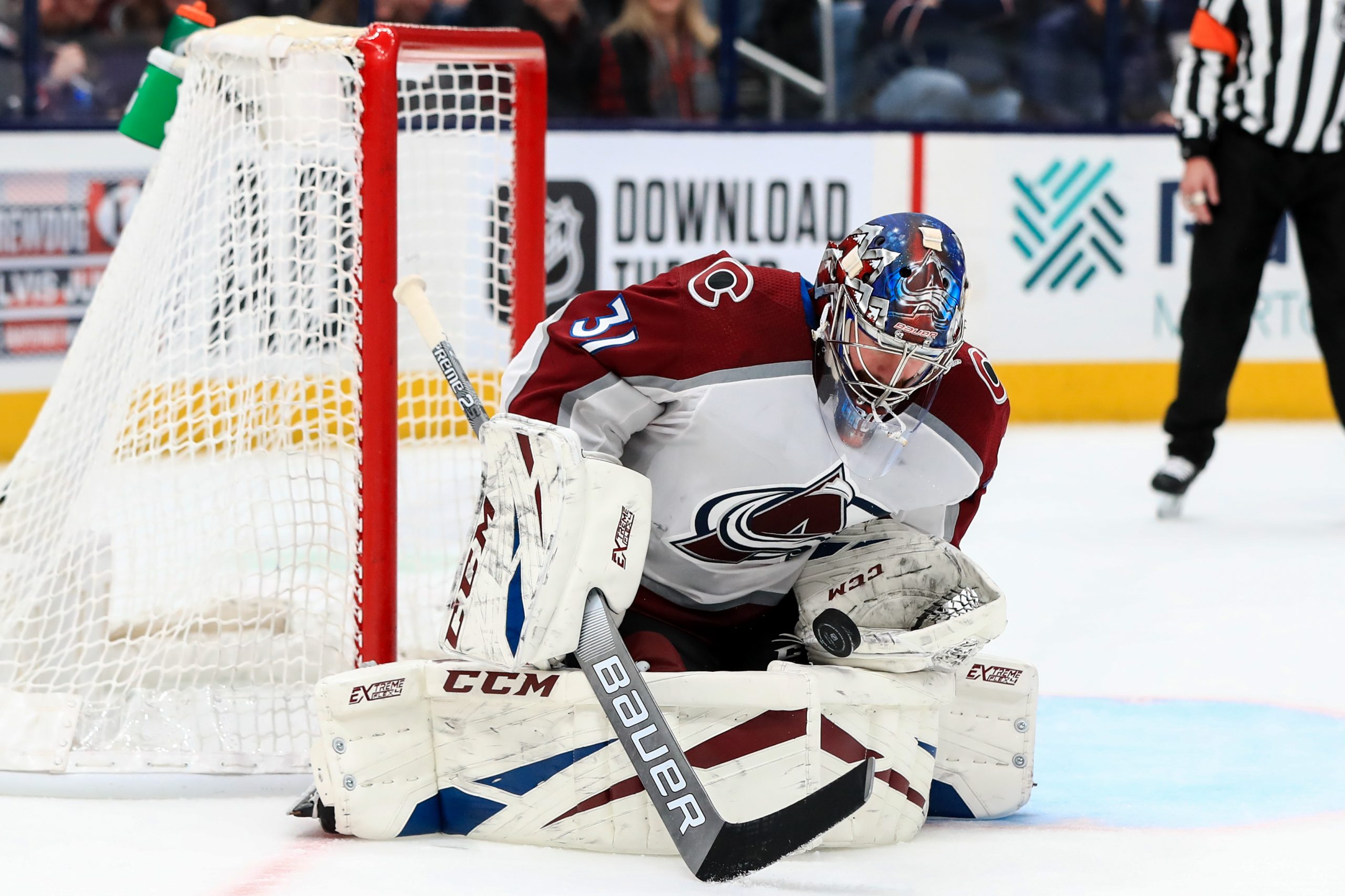 Like the Penguins, Injuries might be the most significant factor in how far this team can go. Star goalie Philipp Grubauer was out for much of the final stretch of the regular season, that allowed back-up Pavel Francouz to thrive, winning 21 of his 31 starts. Having both goalies healthy will be a selection headache, but Bednar is a fourth-year coach who is no stranger to a goaltending debate.

The Avalanche suffered the most injuries of all the teams this season and is lucky to have had this layoff. On top of Grubauer, they will get back forward Colin Wilson, center Nazem Kadri, wingers Mikko Rantanen, Matt Calvert, and Andre Burakovsky.

Their round-robin draw will be a little tough with games against St. Louis, Vegas, and Dallas, but once the seven-game series starts, the Avalanche should be ready for a deep run. Especially if Nathan MacKinnon can continue to perform at an MVP-level. The Avalanche were fourth in offense with 3.37 goals per game and sixth in defense with 2.71 goals per game allowed. They have depth at goaltender, a strong lineup, and veteran depth. At +800, Colorado is a smart bet. 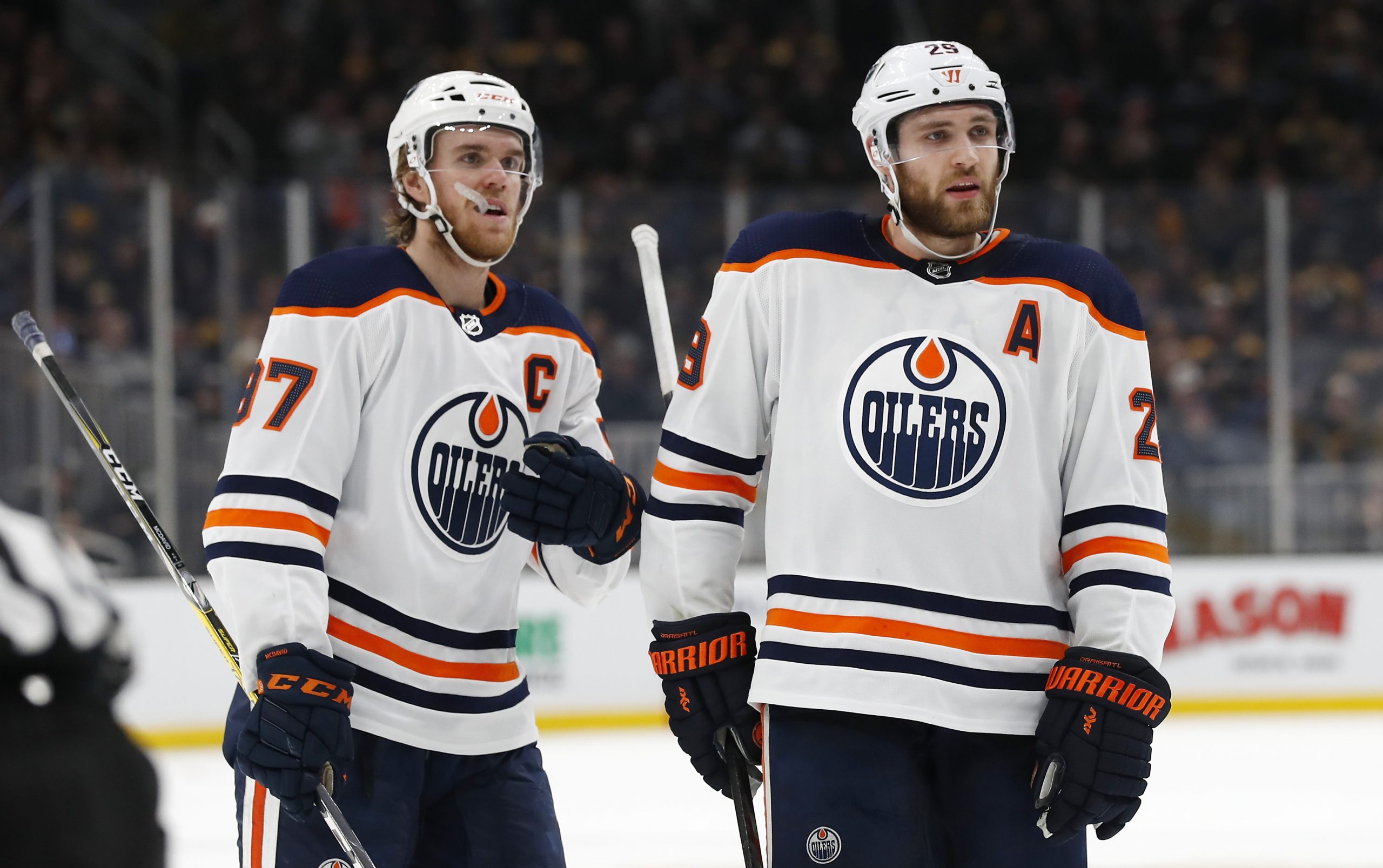 Could the Edmonton Oilers be the 2020 St. Louis Blues?

It has been the story of two skaters for this team, Connor McDavid and Leon Draisaitl have been tearing it up. Draisaitl a Hart Trophy favorite behind a 43 goal and 67 assist season; the Oilers have two legitimate superstars.

Like Pittsburgh, Edmonton finds itself as the first team just outside the round robin for the top four seeds, so they face the Chicago Blackhawks. Edmonton must find a way to break their recent struggles against Chicago if they want to keep their playoff spot. Edmonton has the offensive firepower to beat the Blackhawks who are just bad on defense; they allow the most expected goals against per 60 minutes in the NHL. That bodes well for McDavid (97) and Draisaitl (110), who are the top two in points in the NHL.

Kailer Yamamoto could be the x-factor that tilts this match-up in the Oilers favor. When paired in the same line as Draisait, he scored two goals in a 5-3 Oiler victory when they met in February. A game where Connor McDavid wasn’t in the lineup.

Defender Mike Green has opted out of playing, but Joakim Nykard is expected to return from his hand injury suffered in January.

Expect high scoring games with their defensive struggles, but with so much offensive firepower, the Oilers look like a good longshot bet at +2700.

Get betting analysis and daily NHL picks for every game when the NHL returns! 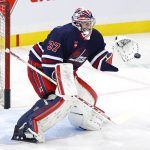