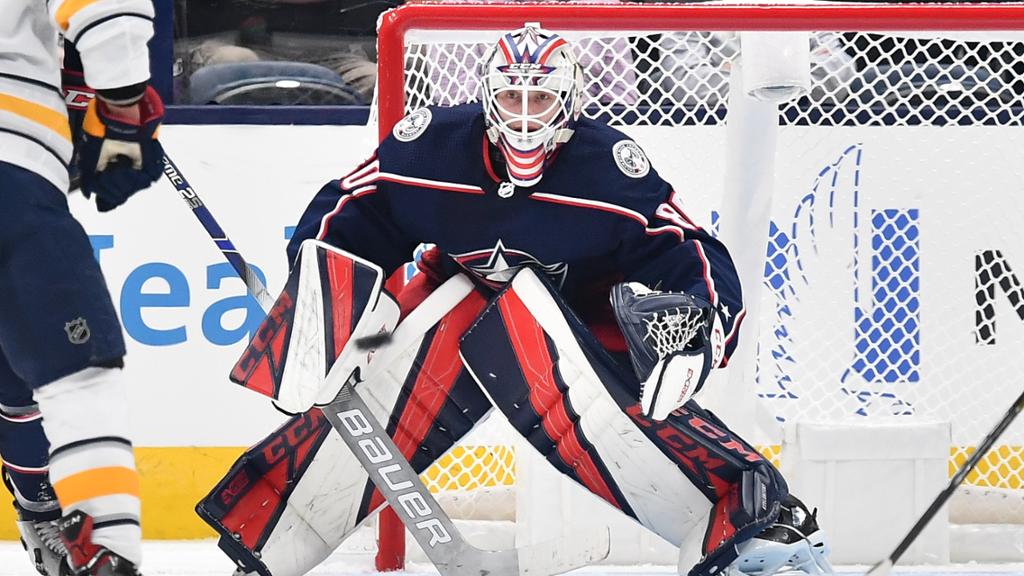 Not only does Saturday bring us a full slate of college football, but we have a jam-packed slate of 13 NHL games. It’s a great day to be a sports fan, and an even better day to be a sports bettor. We are putting together a 3-leg mega parlay at +998 odds for tonight’s NHL action. Along with this parlay, be sure to check out our full game previews for all 13 matchups tonight. You can also follow Pickswise and myself on Twitter for extra betting content covering all sports.

The Blue Jackets have been more comfortable on their home ice, posting a record 5-2-0 at Nationwide Arena. Columbus had a 3-game winning streak snapped last night against the Capitals, but they should be highly motivated to get back into the win column on their home ice.  Even though both of these teams rank in the bottom 10 of expected goals for per 60 minutes, the advantage in this matchup comes through the offensive production for the Blue Jackets. Columbus is averaging more than a half a goal more per game than New York and have scored more goals overall than the Rangers with 2 less games played. Elvis Merzlikins has been fantastic in net, posting a 5-1-0 record to go along with a 1.98 GAA and .940 save percentage. The Rangers have a strong offensive unit, but Merzlikins should be able to limit the damage. The plus money presents some solid value on the Blue Jackets here at home.

Be sure to check out our full game preview for New York Rangers vs Columbus Blue Jackets.

Both of these teams are bottom-10 in the league in expected goals for. The Flyers have given up just 4 total goals in their last 5 games, and the under has hit in 7 straight Flyers games. Philadelphia is 2nd in the league in goals against, as new addition Ryan Ellis has helped bolster the Philadelphia defense. Given that Carter Hart played last night, the expected starter in net for Philadelphia is Martin Jones. Jones has been very solid for the Flyers as a veteran presence behind Hart. In a small sample size, Jones has a 3-0 record with a minuscule 1.67 GAA. The starter for the Stars is likely to be Braden Holtby, who has been merely average, but the Stars team defense is 3rd in the league in expected goals against. Dallas has an identity as a defense-first team, while their offensive struggles from last year have continued to hold them back. This should be a low-scoring game.

Be sure to check out our full game preview for Philadelphia Flyers vs Dallas Stars.

The Vancouver Canucks started their road trip off with an embarrassing 7-1 loss to the Colorado Avalanche on Thursday night and will be looking to re-gain some confidence against Vegas. That could be tough, as the Golden Knights are playing great hockey right now. Following a sluggish start to the season, the Knights find themselves with an 8-6 record thanks to 2 straight impressive wins. In the pipes for Vancouver we will see Thatcher Demko, who has been struggling lately giving up a GAA well over 3.00 in his past 3 games. On the other side for Vegas, Robin Lehner has been lights out in his last 3 games sporting a .952 save percentage. Look for Lehner to lead the way tonight.

Be sure to check out our full game preview for Vancouver Canucks vs Vegas Golden Knights.