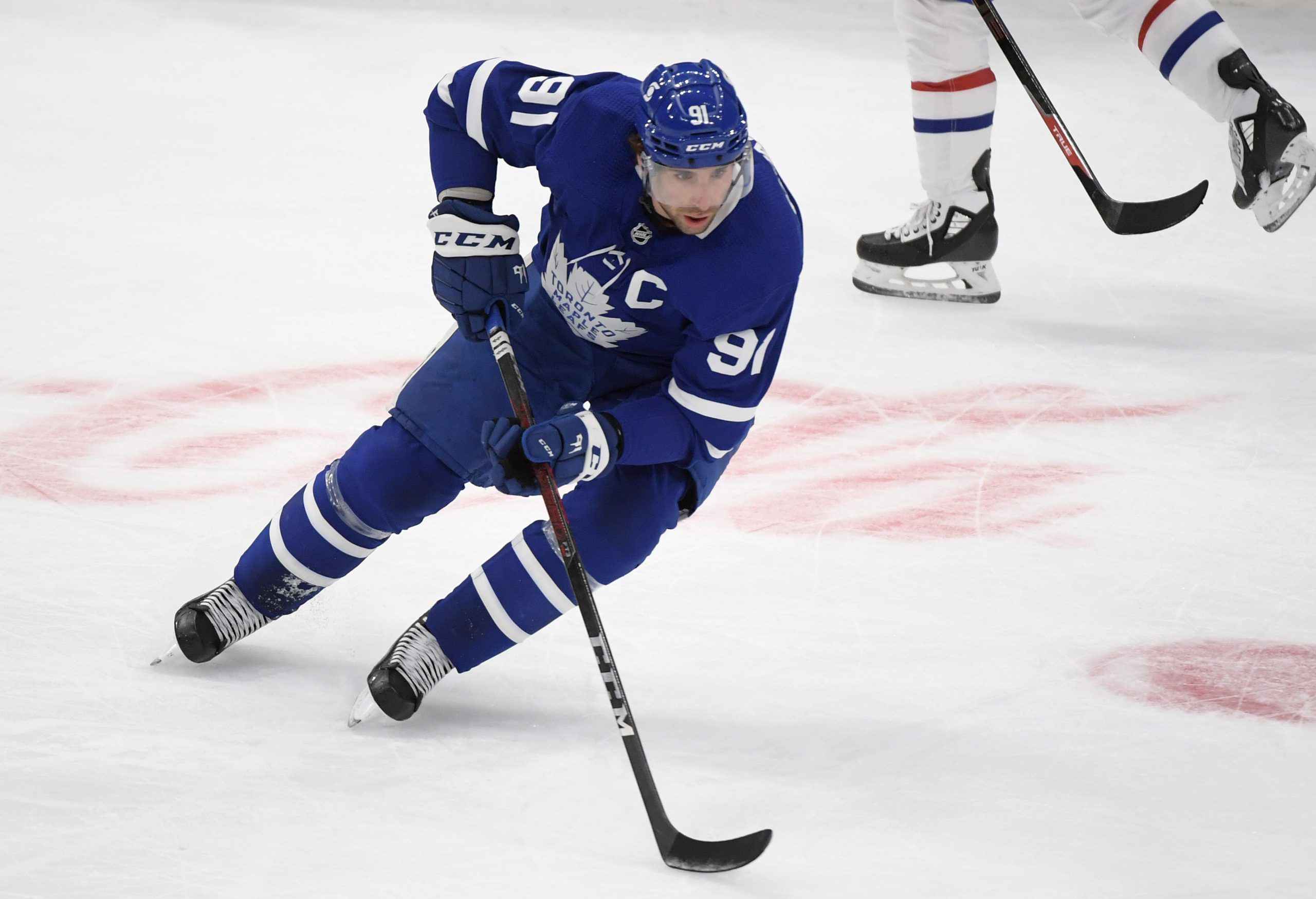 The NHL is back in full swing, and what better way to celebrate a jam-packed Saturday slate than with another NHL mega parlay? We’ve got a three-leg bet to kick things off, going with three puck lines at plus money to ensure a big payout.

We’re going big and bold, so let’s not waste any more time. We’re diving in, but don’t forget to check out our picks for the side and total on every NHL game first. We’ve been on a roll this hockey season, and our experts are on fire right now. Don’t miss out on their picks for each of today’s ten games.

This parlay offers the chance of a huge payout north of 15/1 with FanDuel Sportsbook. I like all of these individually, and the Maple Leafs in particular have a lot of value. Let’s break them down one by one:

I think the Knights are going to win this one big. They slipped up in a bizarre 1-0 game against the Ducks most recently, but right before that they were on a roll, and they’re still 8-2-1 overall on the season. They’ll be extra motivated coming off the shutout loss, and I think they’re going to punish the Sharks as a result. San Jose has been mediocre at best, and they’ve looked pretty terrible when facing the tougher teams in the division. For example in a recent two-game set against the Avalanche they lost both games by a combined score of 10-3. Four of their last five losses have come by at least three goals, so they’re the kind of team I’m looking to fade on the puck line.

Everyone is sleeping on the Maple Leafs at their own peril. They’ve won eight of their last nine games and are now 11-2-1 on the year overall, but they still can’t seem to get much respect. They’ve scored at least three goals in nine straight, and again that kind of consistent offense is what I’m looking for when backing a puck line with this much juice. They’ve scored 19 goals in their past four and beat the Canadiens 4-2 just a few days ago. Montreal got off to a hot start but they’re now fading fast, losing three of their past four games while failing to top two goals once in that stretch. With six total goals in their past four games, I think they’re a good bet to lose this one by multiple scores.

Be sure to also check out our full-game preview for Montreal Canadiens vs. Toronto Maple Leafs.

It might not feel great betting Nashville on the puck line, but I think you’ve got to do it here. The Predators’ 6-8 record on the year doesn’t look pretty, but four of those losses have come to the Lightning, who are hard for anybody to beat. The Red Wings meanwhile are 3-12, and their offense has been truly pathetic. In nine of their past 11 games, they’ve failed to top two goals. The Red Wings have a terrible power play, and they just have virtually no redeeming qualities at the moment. As bad as Detroit has been all season, they’ve been even worse on the road, with a 1-7-1 record in games away from home.

Be sure to also check out our full-game preview for Detroit Red Wings vs. Nashville Predators.