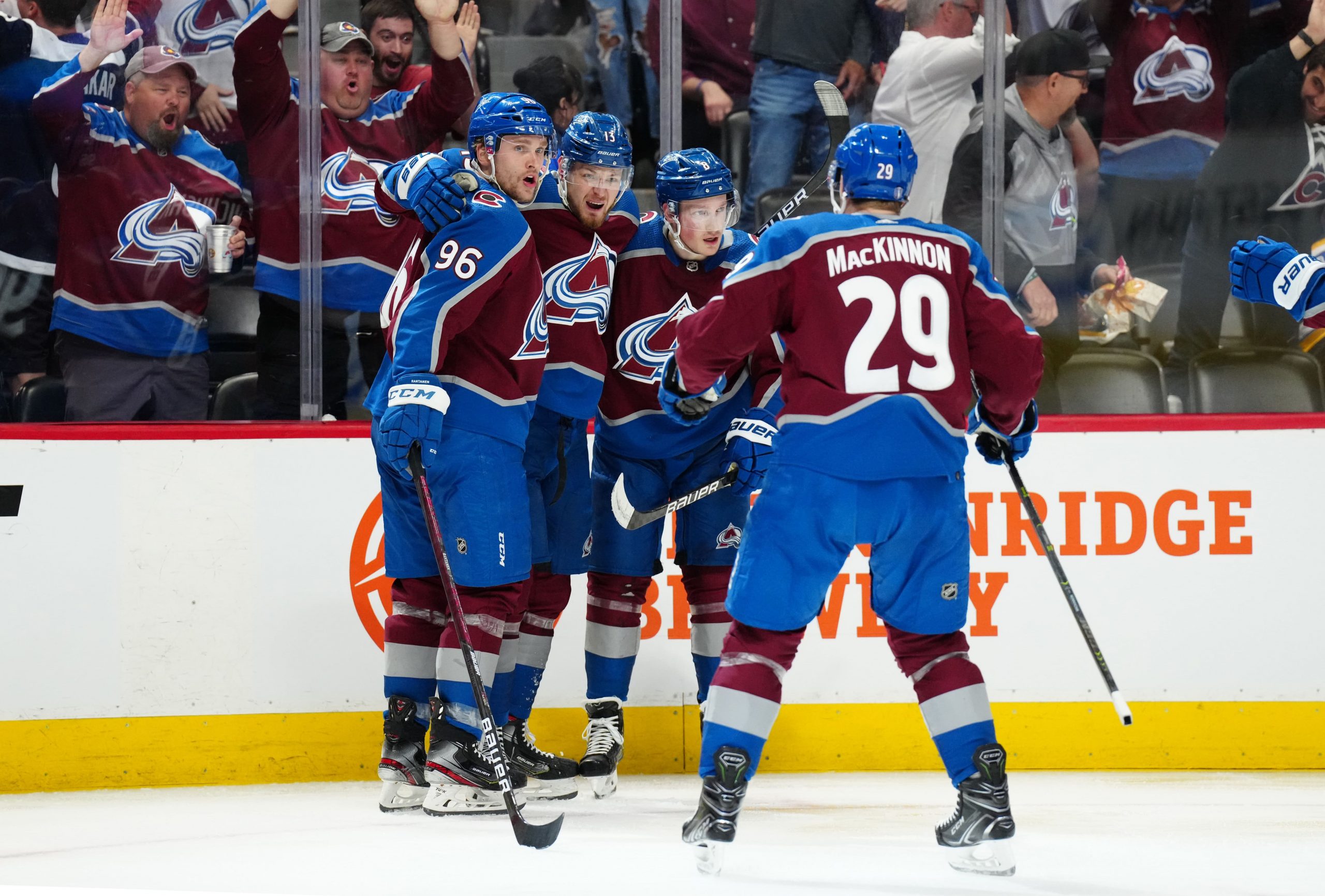 With only 1 game on the slate in the NHL on Wednesday, the entire hockey world will be focused on the St. Louis Blues vs Colorado Avalanche at 8:00 pm ET. The Avalanche will be looking to close out the series against the Blues, so what better way to help follow the game than to provide a same game parlay with a payout of 6/1 at DraftKings Sportsbook? But before we dive in, be sure to check out all of our picks and previews for every game tonight.  You can also follow Pickswise on Twitter for plenty of daily betting content.

Getting the first goal on the scoreboard has been the weakness of the Avalanche against the Blues, as they have allowed the first goal in every single game of the series against them. The Avalanche are 3-1 in those 4 games, so it hasn’t hurt them too bad, but they will want to change the narrative in Game 5 to get the crowd behind them.  That first goal has been key to the Avalanche’s success as they are 1 of 2 teams left in the playoffs that have yet to lose when opening the scoring. Look for the Avalanche to take control of the game early and score the first goal.

As the series has moved on, the offense has picked up. With 5 goals per game in the first 2 games, games 3 and 4 brought more fireworks. Game 3 yielded 7 goals and Game 4 gave us 9 goals, where the over cashed in the 2nd period.  These are also 2 very offensive teams, as the Blues have the top powerplay in the playoffs and are averaging 3.3 goals per game. That is countered by the Avalanche who rank 2nd in powerplay percentage, 3rd in shots per game and 1st in goals per game with a mark of 4.5. Don’t expect either team to take their foot off the offensive gas, so expect a high-scoring game.

The Avalanche come into Game 5 having won 5 of their 7 games by 2 goals or more in the playoffs, which includes their last 2 wins against the Blues. The only other 2 wins in the postseason needed overtime as the Avalanche had to overcome amazing performances by the opposing goaltenders. The goalie the Avalanche are projected to face, Ville Husso, did not turn in one of those performances. Instead, since taking over the net in Game 3, he ranks 9th out of 10 goalies who have played in the 2nd round, in goals saved above expected, while being lit up for 9 goals in 2 games. Look for the Avalanche to take advantage of Husso and close out the series with a convincing win.

Mikko Rantanen led the Colorado Avalanche in goals in the regular season with 36 as well as being a top 25 goal scorer. Expectations were high for him to continue that kind of goal production, but he has only been able to get assists, as he is tied for the lead on the Avalanche with 9 assists this postseason. Rantanen hit posts, robbed by goalies but finally got his first goal in game 4 of the series as an empty net goal as time expired.  Now that he has seen the puck go in the net with his 1st goal, look for the production to get back to where he and the Avalanche expect and to score in the potential close-out game on Wednesday.

After going 2-0 last night, get our best player prop for Blues vs Avalanche