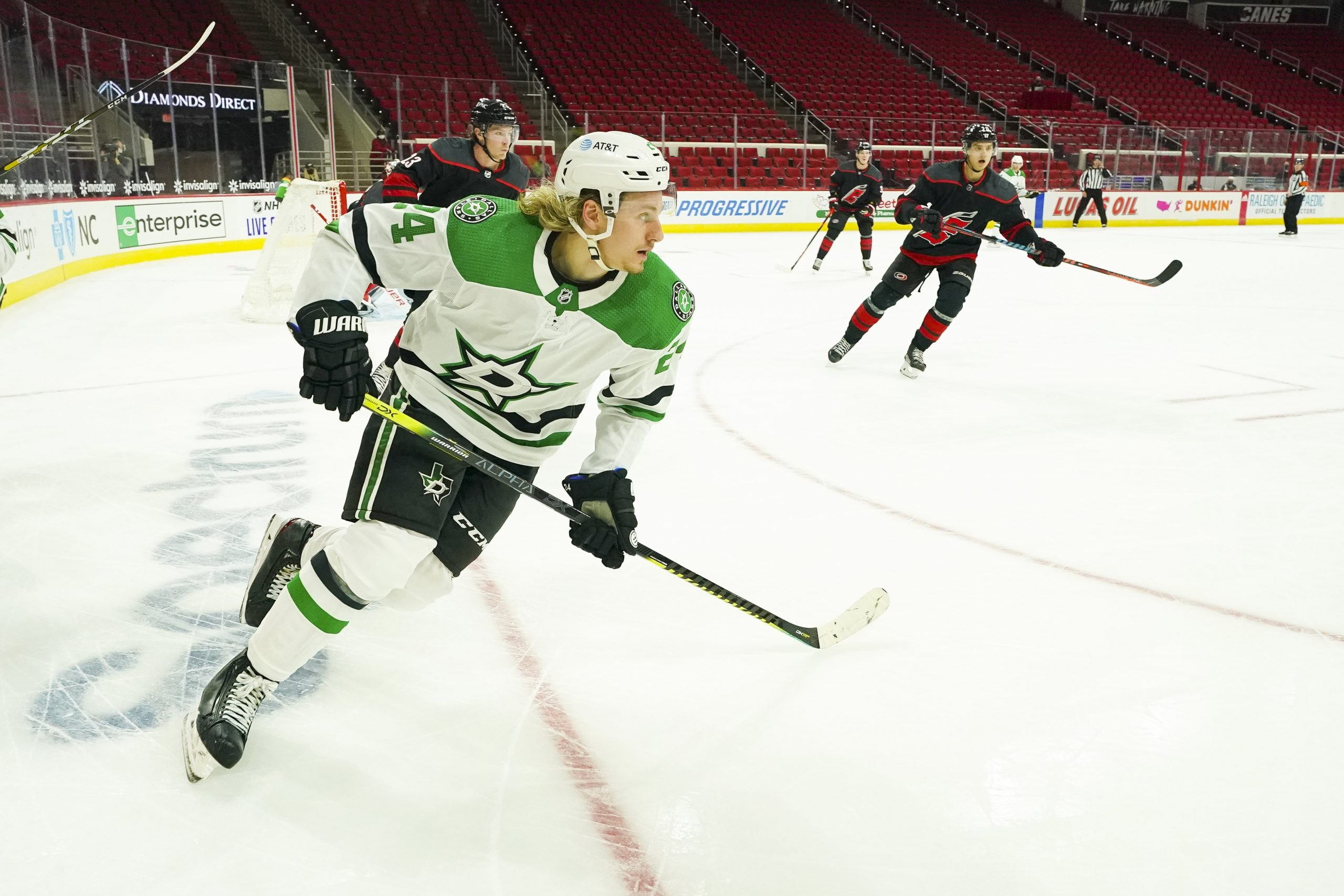 The NHL is back in full swing, and what better way to celebrate the end of the week than with another NHL mega parlay to wrap things up? We’ve got a three-leg bet to kick things off, going with straight puck lines including one alternate spread to ensure a big payout.

We’re going big and bold, so let’s not waste any more time. We’re diving in, but don’t forget to check out our picks for the side and total on every NHL game first. We’ve been on a roll this hockey season, and our experts are on fire right now. Don’t miss out on their picks for each of tonight’s eight games.

I’m playing the Stars on the alternate puck line here, as they’re actually a slight underdog. Them being an underdog is misguided. They lost the first game of this mini-series in ugly 4-1 fashion, artificially creating some value here. How short our memories are, since right before that they had won four games in a row while looking dominant. They won those four games by a combined score of 19-6, so I don’t doubt their ability to win this one by multiple goals. Carolina is 4-1 as well, but I just haven’t been that impressed with what I’ve seen. The Hurricanes’ stars haven’t really been doing anything while their second line has been doing most of the scoring, and that’s not sustainable. Especially against this very stout Dallas defense.

Be sure to also check out our full-game preview for Dallas Stars vs. Carolina Hurricanes.

The Avalanche dominated the Wild on Saturday, and I expect them to do it once again in the second half of this back to back on Sunday. To say Colorado is on fire at the moment would be a massive understatement. They haven’t just won three games in a row, they’ve won all three of them by at least three goals. The combined score in those games is 15-4. They’ve been steamrolling opponents, while Minnesota has lost three of four. Two of those losses were to the Kings and Sharks, so it’s not like they can blame a brutal schedule or anything. In addition to those three recent blowouts the Avalanche have also already won a game 8-0 this season, so needless to say they’re a team I feel comfortable riding the puck line with.

Be sure to also check out our full-game preview for Colorado Avalanche vs. Minnesota Wild

Fading the Ducks on the puck line seems really appealing right now considering the state of their offense. Anaheim simply can’t score, and they’ve reached three goals on only one occasion this season. That third goal came on an empty-netter. St. Louis won the first game of this set by a score of 6-1, and it wouldn’t surprise me at all if we saw something similarly lopsided here. Jordan Kyrou scored twice in the first couple of minutes on Saturday, and if the Blues can start hot on offense again here they’re going to run away with this one. Anaheim isn’t equipped for a comeback, to put it kindly. St. Louis has scored at least four goals in all five of their wins this season, and we know the Ducks can’t get to three.

Be sure to also check out our full-game preview for St. Louis Blues vs. Anaheim Ducks.