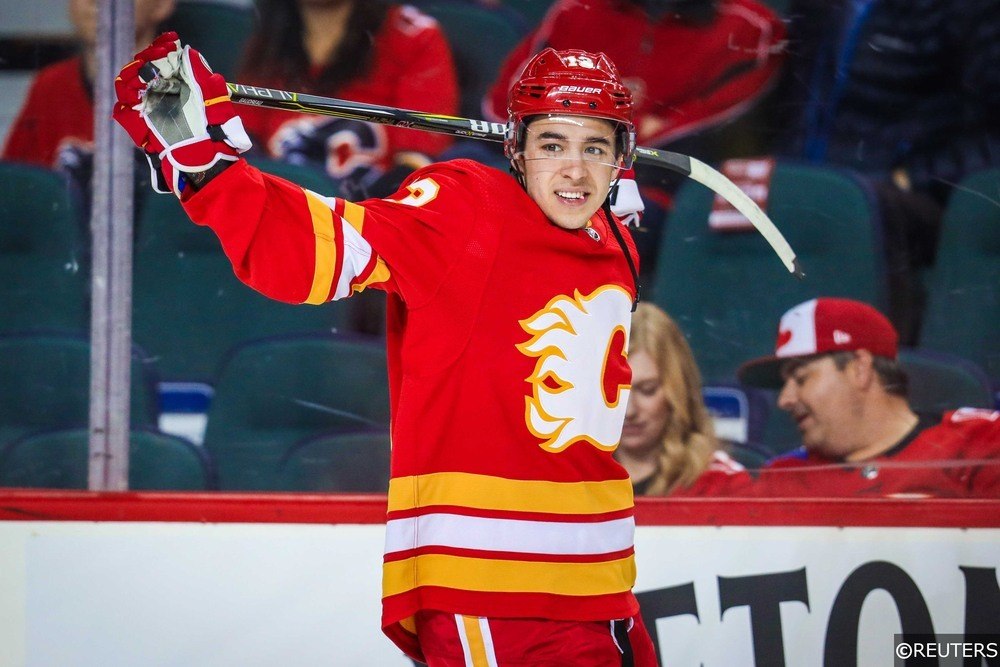 Thursday night brings us 9 games on the NHL slate. That means there are plenty of opportunities to find some value. Our team is locked and loaded with picks for the side and total on every game, so be sure to check those previews out. On top of those plays, we are rolling with a 3-leg mega parlay in hopes of having a very profitable night.

The Dallas Stars have lost 4 straight games. They will take on a Calgary team that has won 6 of their last 7 games. The Flames have been a real surprise to start the year. Calgary has gotten fantastic goaltending from Jakob Markstrom, and they have spread their scoring around making it tough for opponents to hone in on one guy. They have also shown a willingness to have a physical presence every night. Dallas has played good defense to start the year, but they score the second-fewest amount of goals in the NHL right now at 1.89. Outside of Miro Heiskanen, Dallas hasn’t seen consistent production of any of their other skaters.  It should be a struggle for Dallas to score goals again in this game given Calgary’s physical style of play.  If you can’t score goals, you aren’t going to win many hockey games.  Calgary on the puck line -1.5 is the pick.

The Islanders are 3-2-2 so far, but they haven’t lost a game in regulation since October 16 in Florida.  The Islanders are one of the best teams in the league, in spite of their 3-2-2 record.  They are difficult to score against with how they play defense, and they have one of the best goalie tandems in the league with Semyan Varlamov now back.  Montreal has really struggled so far this year with the absence of Carey Price and Shea Weber.  They have sent Calder Trophy favorite Cole Caufield down to the AHL after a rough start and the pressure is really on the team to turn things around.  The Islanders should be able to control the pace of this game, and their defense and goaltending will be the difference for them.

When looking at this game, it might be easy to immediately hop on the over due to the star power in this one.  However, the under might be the safer play.  The reason lies between the pipes.  The Leafs will have Jack Campbell who is currently allowing just under 2 goals a game.  The Lightning with have their star goaltender Andrei Vasilevskiy in net, and he is currently allowing just over 2 goals a game.  Despite the offensive production here recently for these two teams, the goaltenders have been even better.  Expect this to be a close contest that will be decided by the goaltender play.