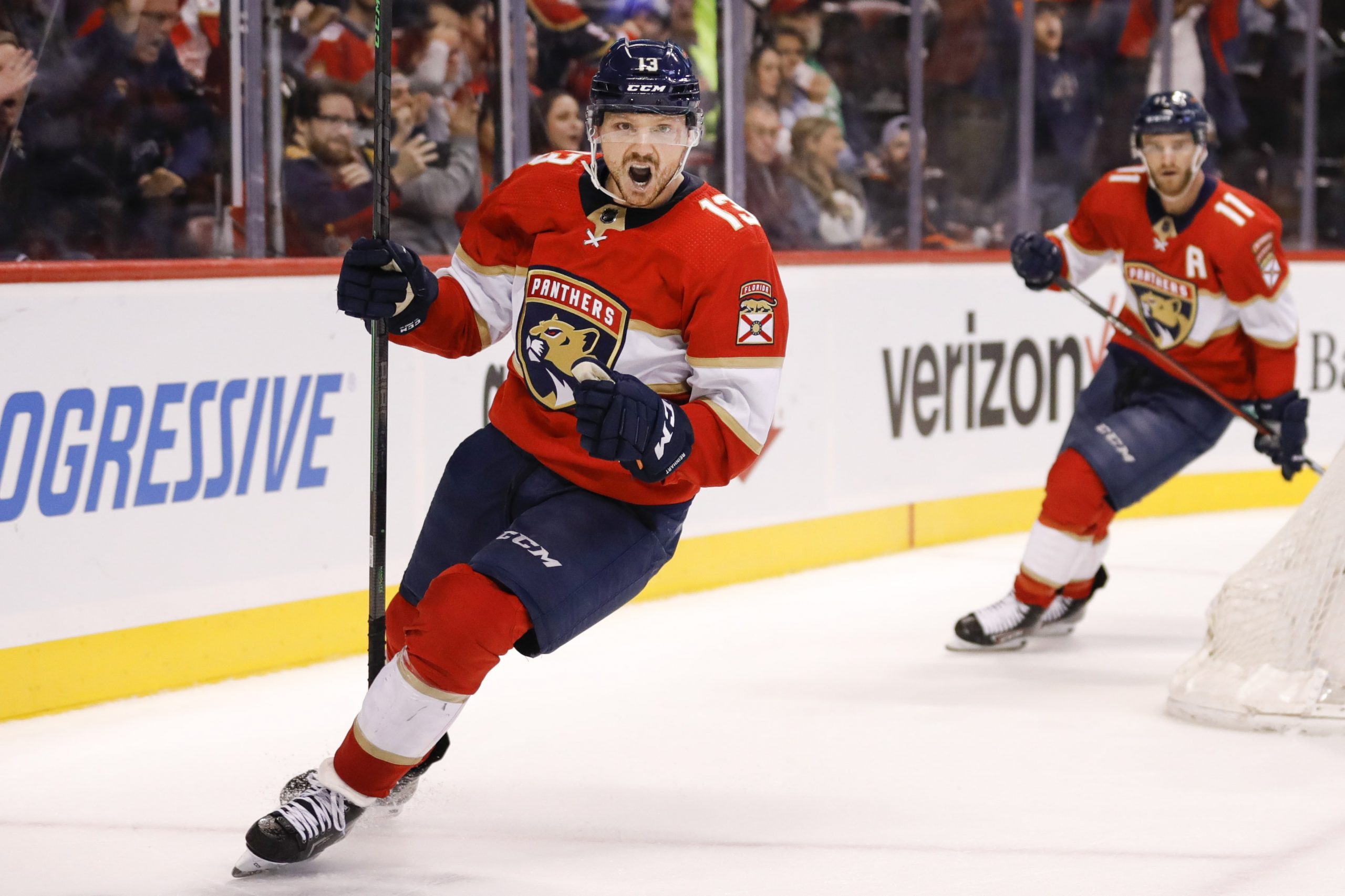 Tuesday night kicked off the second round of the NHL Playoffs with a couple of highly anticipated conference semi-final matchups. The results were more lopsided than fans were hoping for. Well, fans outside of the Lightning and Avalanche fan bases at least. Tampa ran up the score late in the game on Florida. After that Eastern Conference game, Colorado swarmed St. Louis who was only ever in the game due to Jordan Binnington doing his best Jake Oettinger impression. With each game, teams will get more and more acquainted. As they get more acquainted, they should bring more open, physical, entertaining play.

If you are looking to have action and combine some picks from these games, check out this 3-leg mega parlay that has +700 odds with DraftKings Sportsbook.

The Panthers have yet to play their best hockey in these playoffs. Despite that, they find themselves in the second round because they are just that good. Florida had too many close calls against Washington with multiple comebacks and a couple of overtime wins. In Game 1 against Tampa, they entered the 3rd period tied at 1-1. The Lightning got one early in the 3rd and had a couple late power plays to run away with the game. Florida went 0-3 on the power play and still does not have a power play goal in the playoffs. It’s time for the Panthers to wake up.

Fortunately for Florida, they usually do wake up after losses. They bounced back from both first-round losses with wins by outscoring Washington 8-3 overall. They lost consecutive games just 5 times in the regular season and have not lost consecutive games since February. These teams split the season series with the Panthers outscoring the Lightning 19-15. Florida had the league’s best goal-scoring during the regular season and 5th-best power play. If there is any time for Andrew Brunette to lay into his players a little bit and get adjustments executed, it’s this game. There’s no reason they can’t get back to Panthers hockey.

Obviously, the 3-2 final in Game 1 was not indicative of how the game went. The only reason Colorado didn’t win by a touchdown was because Jordan Binnington absolutely stood on his head. A goalie of Binnington’s talent and winning pedigree always has a chance to repeat great performances. But allowing just 3 goals on 54 shots and 106 shot attempts is not sustainable. Even crazier, Nathan MacKinnon and Cale Makar were largely held in check as they combined for an assist and 12 shots with MacKinnon doing the heavy lifting. Binnington needs help but Colorado shows no signs of slowing down. They are likely to put up a few more goals in Game 2 the Blues will be forced to try and keep up to stay in the game.

During the regular season, the Blues had nine players who scored 20+ goals, had the league’s 3rd-best offense by goals scored per game, and the league’s 2nd-best power play. Each of those rankings were higher than Colorado’s. They scored 3.67 goals per game against a good Minnesota team in the first round. St. Louis is extremely well-coached and will have the adjustments made to at least push back on Colorado more in Game 2. They have the offensive depth to do their part in taking a game total over as well as hang in a high-scoring, close game.

Don’t miss our best NHL player props for tonight’s games — our expert is on a 14-4 run!