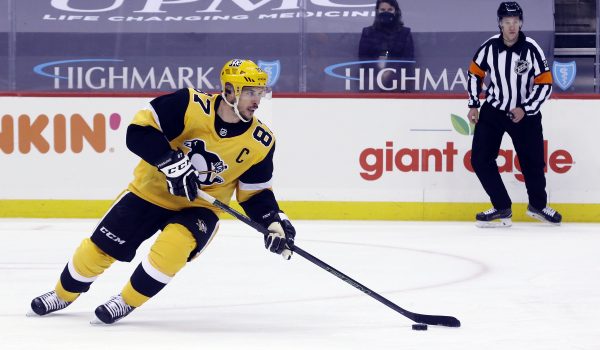 The NHL regular season has about a month left, and we’ve got a big 11-game slate on Thursday. What better way to make things more interesting than with another mega parlay? We’ve got a three-leg bet to kick things off, going with three puck lines at significant plus money to ensure a big payout.

We’re going big and bold, so let’s not waste any more time. We’re diving in, but don’t forget to check out our picks for the side and total on every NHL game first. We’ve been on a roll this hockey season, and are hoping to keep it going on Thursday. Don’t miss out on their picks for each of today’s 11 games.

This parlay offers the chance of a huge payout close to 20/1 with FanDuel Sportsbook. I like all of these individually, and the Penguins in particular have a lot of value. Let’s break them down one by one:

There’s never a bad time to fade the Senators, right? Especially not when they’re facing a second-place Edmonton team that is 10-3-2 in their last 15. These teams have already played eight times this season, and the Oilers have won every single one of those matchups. Six of those eight victories came by multiple goals, so I’m pretty comfortable taking them on the puck line here. Ottawa’s defense is a disaster, as they’ve given up by far the most goals in the NHL this season. Edmonton has been just as good on the road as they’ve been at home, and I’m not worried about them getting caught sleeping here.

Be sure to also check out our full-game preview for Edmonton Oilers vs. Ottawa Senators.

I think the Penguins are going to roll here. Sure they enter this one off back to back losses, but right before that they had won five in a row. Even in the two losses the offense still produced, as they scored at least four goals in each defeat. Clearly, they’ve got the kind of offensive upside I’m looking for when backing a team on the puck line. In 10 of Pittsburgh’s last 11 wins, they’ve won by multiple goals, so I think there’s a lot of value in this puck line. The Rangers are nothing better than a .500 hockey team, and they’re getting too much respect from oddsmakers here.

Be sure to also check out our full-game preview for Pittsburgh Penguins vs. New York Rangers.

The Lightning have slipped up a bit with five losses over the last couple weeks, but right before that they looked like the best team in the NHL and now is the perfect time to buy-low. They still have the second-best goal differential in the league and love to pour it on, so they’re another team that makes a ton of sense on the puck line. The Blue Jackets won the first game of this set, but right before that victory they’d lost seven of their last eight games. Tampa Bay will be out for revenge after Tuesday’s letdown, and nobody wants to see an angry Lightning offense.

Be sure to also check out our full-game preview for Tampa Bay Lightning vs. Columbus Blue Jackets.