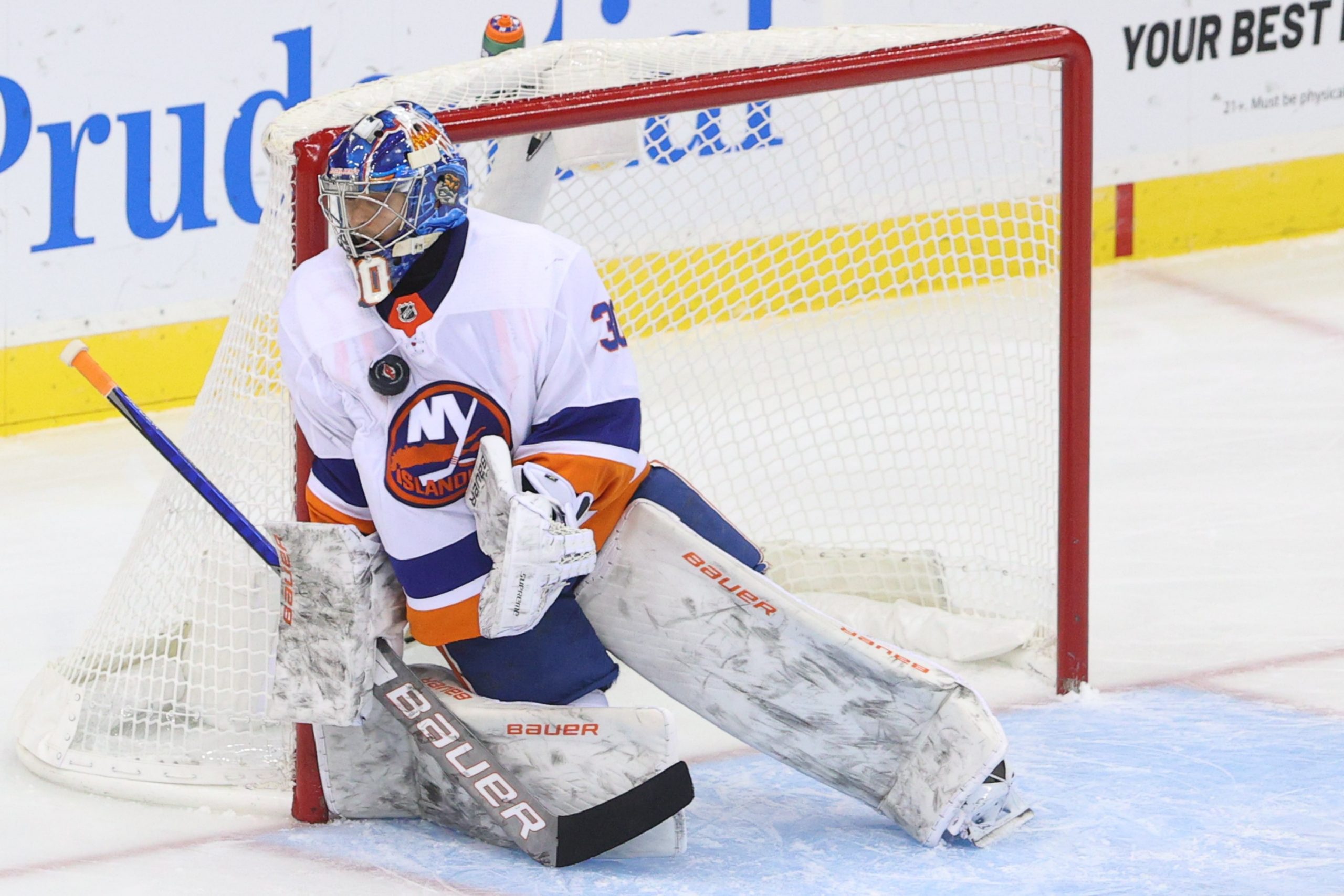 The NHL is back in full swing, and what better way to celebrate than with our first NHL mega parlay of the season? We’ve got a four-leg bet to kick things off, with three puck line plays that all present value.

We’re going big and bold, so let’s not waste any more time. We’re diving in, but don’t forget to check out our picks for the side and total on every NHL game first. We haven’t had a losing day on the Money Line/Puck Line over the last six days, and our experts are on fire right now. Don’t miss out on their picks for each of tonight’s 13 games.

The Capitals are still going to be very shorthanded for this game, with Alex Ovechkin and a couple of other crucial players still out due to COVID protocols. The Islanders just slipped up against New Jersey but right before that had looked great, winning their previous two games while allowing only one total goal. The defense overall has been fantastic, allowing two or fewer goals in four of their five contests so far. The Caps, on the other hand, have lost three of their last four games, with the one win in that span coming in a shootout against a Buffalo team that has looked pretty poor. Without Ovechkin, I just don’t see how Washington musters enough offense to overcome this stout New York defense.

Now is the perfect time to buy low on Philadelphia following their embarrassing 6-1 loss to the Bruins over the weekend. In each of their three victories this season they’ve won by three goals, so I feel good about taking the puck line and not the money line here. The Devils meanwhile are lucky to be 3-1-1 in my opinion, and they certainly haven’t impressed me on either offense or defense. They’ve scored only one or two goals in four of their five contests, which tells me they’re due for some regression very soon. Against a Philly offense with a lot of upside, I think it comes here.

Be sure to also check out our full-game preview for Philadelphia Flyers vs. New Jersey Devils.

The Stars had the start of their season delayed due to COVID issues, but they certainly haven’t missed a beat since returning. They opened things up with a 7-0 domination over the Predators, then beat Nashville again in their second game. Now playing their third against a Detroit team that’s 2-4, I don’t think they’ll face too much resistance. The Red Wings have lost their last two games by a combined score of 10-3, and just don’t look like they’re going to be competitive yet again. They’ve scored just 12 goals in six games, and that isn’t going to cut it against a team like Dallas.

Be sure to also check out our full-game preview for Detroit Red Wings vs. Dallas Stars.

The Leafs have won four of their last five games, and even after beating Calgary on Sunday players, and coaches were adamant they hadn’t played their best game and had a lot to clean up. That’s the attitude I love to see after a win, and I think they get another one here. Calgary’s only two wins this season have come against a Vancouver team that started the season playing really poorly. When the Flames got tested against Toronto and Winnipeg, they failed both times. Toronto isn’t getting nearly enough credit for being 5-2, and they’ve already proved a lot of the skeptics wrong. Mitchell Marner is tied for the league lead in points, and I’m expecting another big game from him here.

Be sure to also check out our full-game preview for Toronto Maple Leafs vs. Calgary Flames