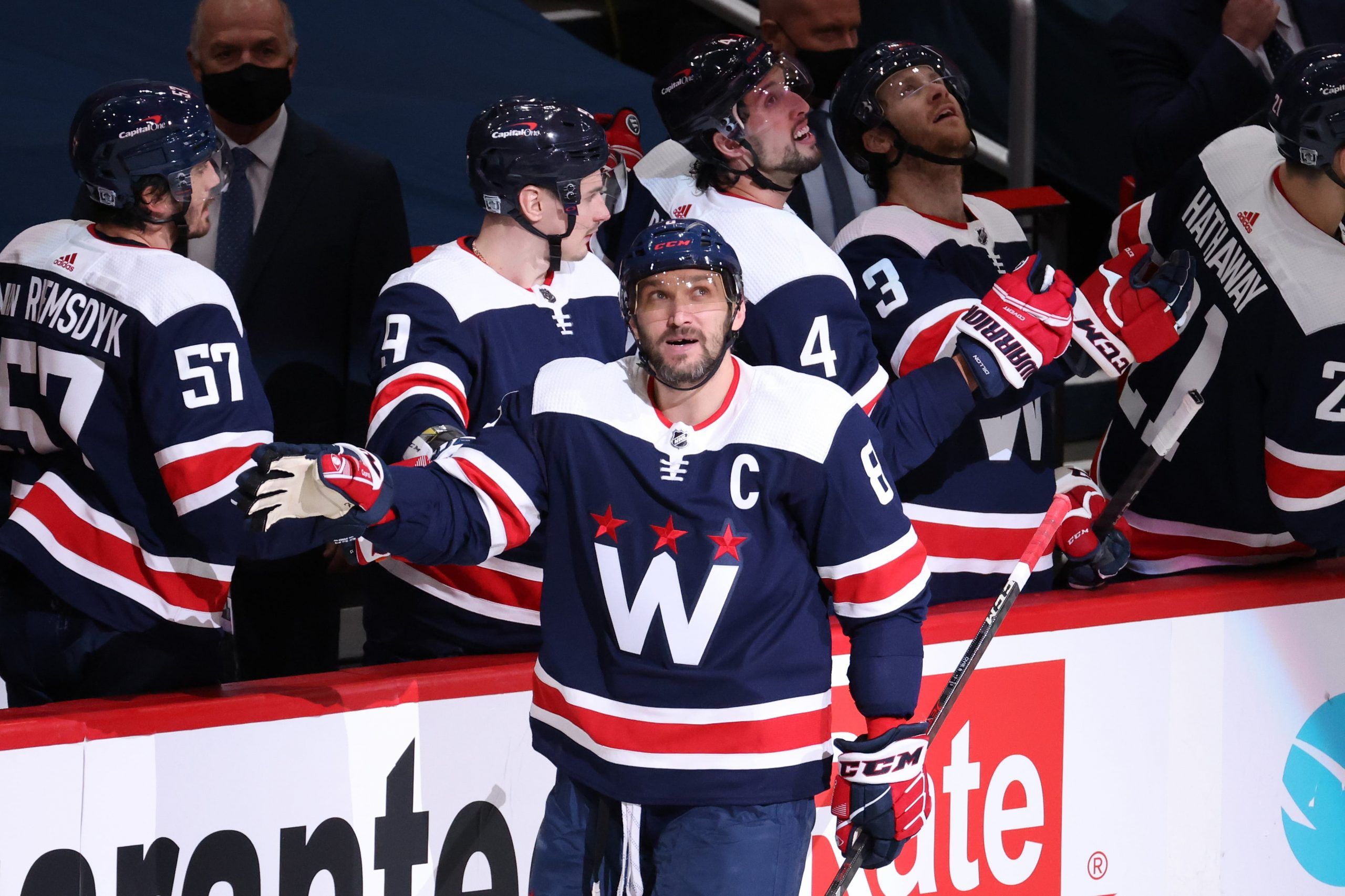 The NHL is back in full swing, and what better way to celebrate a jam-packed Tuesday slate than with another NHL mega parlay? We’ve got a four-leg bet to kick things off, going with one money line, two puck lines, and one alternate puck line to ensure a big payout.

We’re going big and bold, so let’s not waste any more time. We’re diving in, but don’t forget to check out our picks for the side and total on every NHL game first. We’ve been on a roll this hockey season, and our experts are on fire right now. Don’t miss out on their picks for each of tonight’s nine games.

This parlay offers the chance of a huge payout north of 35/1 with FanDuel Sportsbook. I like all of these individually, and the alternate puck line in particular has a lot of value. Let’s break them down one by one:

To ensure we get a big payout here, we’re going with the Capitals on the alternate spread at big odds. Washington has lost three in a row, but their offense certainly hasn’t been a problem. They’ve scored at least three goals in 10 of their 12 games, so they’ve got the kind of offensive upside I’m looking for when playing a puck line and banking on a multi-goal victory. Alexander Ovechkin had two goals and two assists in the first game of this set against the Flyers, and as long as their defense doesn’t melt down again I think they’ll win this one easily. Even with their win on Sunday, Philly has still lost two of their last three.

Be sure to also check out our full-game preview for Philadelphia Flyers vs. Washington Capitals.

It’s never a bad time to fade the Red Wings, am I right? Detroit is a perennial dumpster fire, and things certainly haven’t gotten better in 2021. They’ve lost eight of their last nine games, although the one win did come against the Panthers in the first game of this set. Florida has to be embarrassed about letting Detroit snap their eight-game losing streak against them, so I expect them to come out angry and win this game by a large margin. In the Red Wings’ previous two games, they had lost by a combined score of 8-2. Florida’s offense is a lot better than most people realize, and they’ve now moved into the top five in the NHL in power-play conversion percentage.

Be sure to also check out our full-game preview for Detroit Red Wings vs. Florida Panthers.

Just like the first two teams we’ve backed, Dallas is also coming off a loss in the first game of a set. The Stars are 5-4 on the surface, but when you dig in they’ve been better than that record would suggest. Two of their four losses have been in overtime, while three of their five wins have come by at least three goals. In just nine games they’ve scored at least six goals three times, and again offensive upside is what we need most for these puck line plays. On the flip side, the Blackhawks have scored only one or two goals in four of their last seven games. Sure, Chicago has won two in a row, but right before that they had lost four of five.

Be sure to also check out our full-game preview for Chicago Blackhawks vs. Dallas Stars.

Hopefully, our parlay is still alive here, and we can close things out with the Sharks in the slate’s nightcap. San Jose hasn’t looked all that great, but the Kings have been a lot worse. Los Angeles has lost four games in a row, and they simply don’t have much of an offense to speak of. They’ve scored more than three goals only twice in 11 games. That’s not a recipe for a lot of winning when you consider they’ve given up at least three goals in nine of those 11. The Sharks have had a couple of five-goal games recently, and their last loss to Anaheim came in a shootout. They should be a larger favorite here.

Be sure to also check out our full-game preview for San Jose Sharks vs. Los Angeles Kings.