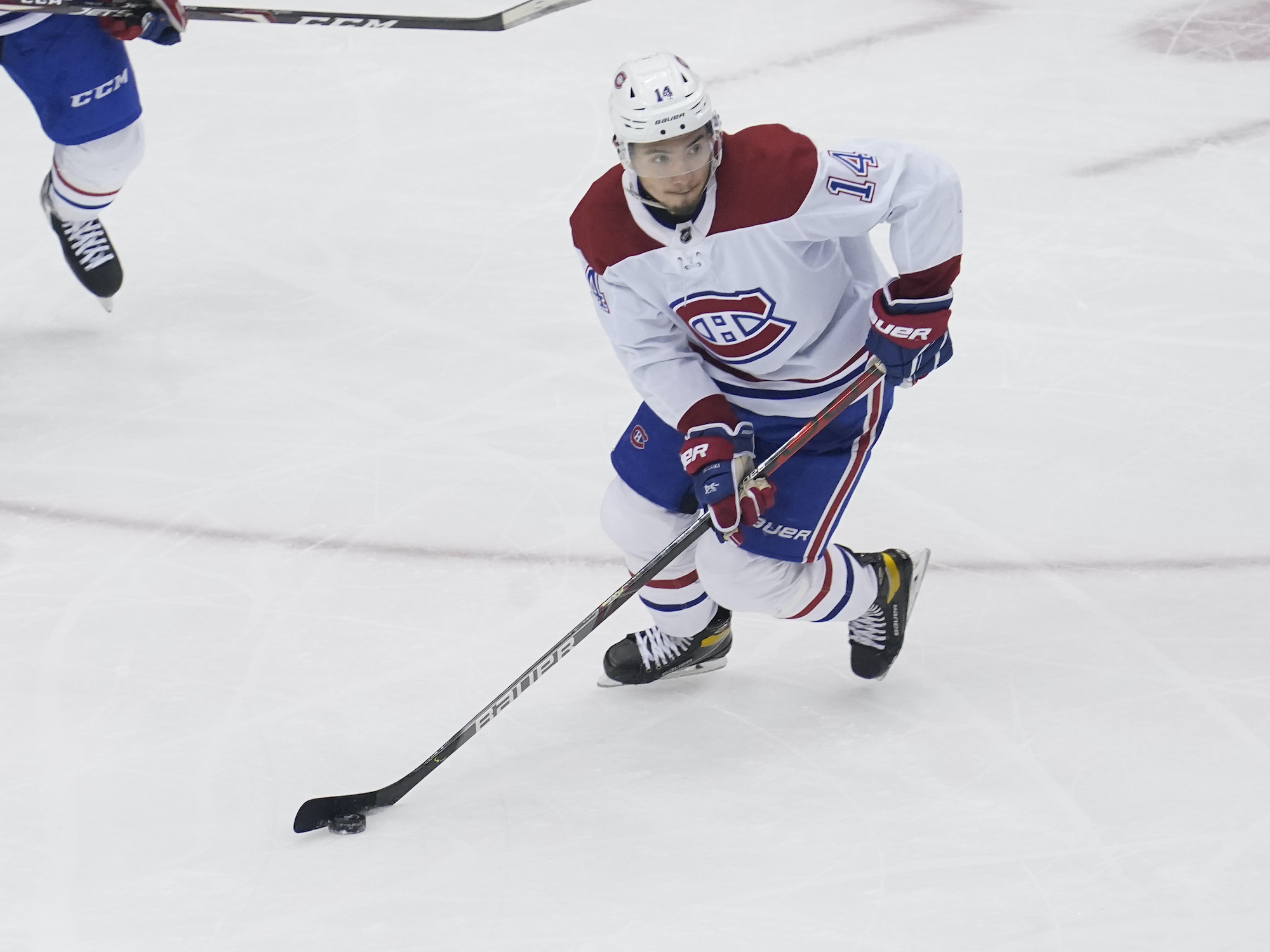 Tuesday gives us a glorious slate of 11 NHL games.  That means there are a ton of opportunities to find some great bets. We are going big with a 3-leg mega parlay that has the potential for a large payday.  Along with this article breaking that parlay down, be sure to check out all of our picks and game previews for tonight’s action.  You can also follow Pickswise on Twitter for daily betting content throughout the season.

This 3-leg parlay is paying out just shy of 12/1 odds on FanDuel Sportsbook.

The Montreal Canadiens are off to a rough start.  They are 0-3-0 and have scored just a single goal in all 3 games. They are dealing with some key injuries, but as last season’s Stanley Cup runner-up, this was a very unexpected start.  Losses to the Maple Leafs and Rangers don’t look too bad, but falling to the Sabres 5-1 was a tough pill to swallow.  That being said, Montreal still has talent to work with, and they have a very winnable game in front of them tonight.  The San Jose Sharks are expected to finish near the bottom of the league standings this season.  The Sharks have played just one game, beating the Jets 4-3 on Saturday.  However, they were outscored 2-1 when at even strength.  The Habs are due to break out at any moment, and they should be able to get it done here.

Sometimes early in the season, records can be deceiving.  That is what we see in this matchup, as the Vancouver Canucks enter this game 1-1-1, while the Buffalo Sabres are 2-0-0.  However, when taking a closer look, the Sabres easily took down a Canadiens team that was playing their third-string goalie, then defeated a poor Coyotes team in a shootout.  The Canucks will be the most offensively capable team the Sabres have faced thus far.  Vancouver’s lineup will be further enhanced with the return of Brock Boeser, which is expected to push J.T. Miller down to center the third line and provide some depth.  Newcomer Conor Garland is off to a hot start with 3 points in 3 games, and Vancouver’s overall depth should help them out in this one.  It seems unlikely that Buffalo’s early-season success is sustainable, so look for Vancouver to come out on top with a big win in this matchup.

Both of these offenses have the capacity to do some damage.  The Florida Panthers have scored 10 goals in 2 games, while the Tampa Bay Lightning have scored 11 goals in 3 games.  Neither offense is having much trouble finding the back of the net, and that could continue in this contest.  The Panthers and Lightning last faced one another in May in an exciting playoff series, and there were 41 goals scored in 6 games (6.83 total goals per game).  With the rosters carried into this season, there is a crazy amount of firepower on each side.  The over is a combined 4-1 for these squads on the young season, and their meeting tonight could yield another high-scoring affair.