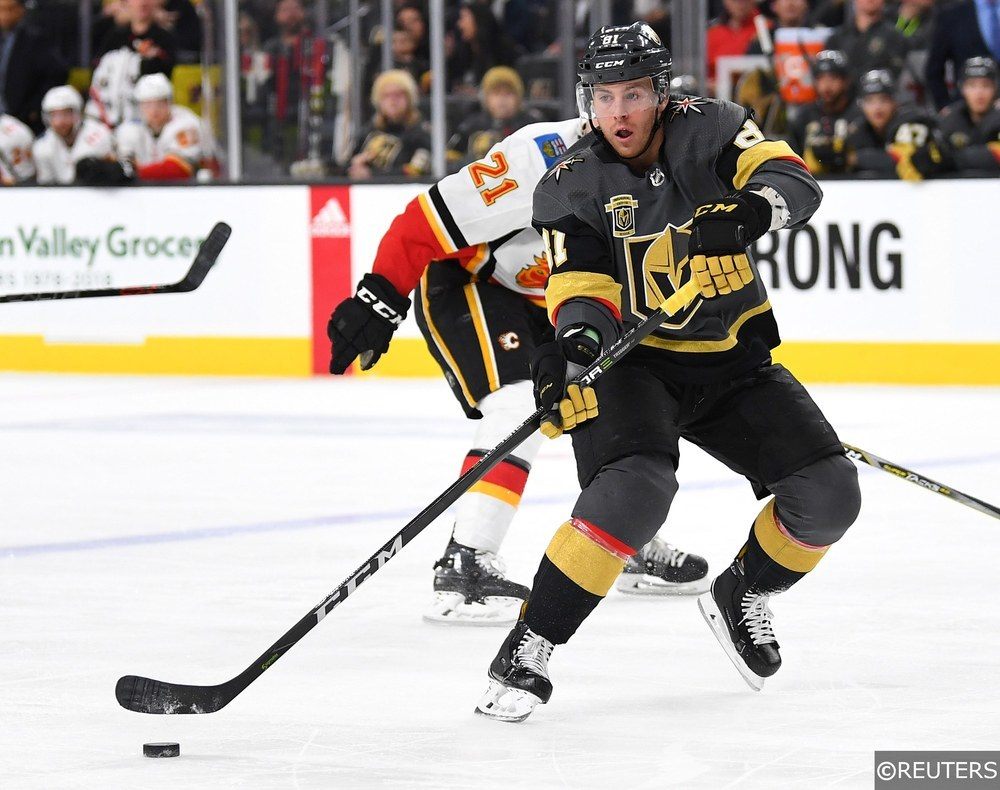 The NHL is back! After a brief hiatus, hockey returns tonight with a small slate of 3 games. Just like every other game day in the NHL, we are putting together a mega parlay for a potentially large pay day. Along with this parlay, don’t forget to check out our full game previews for each matchup tonight. You can also follow Pickswise and myself on Twitter for plenty of betting content covering all sports.

Andrei Vasilevskiy and Brian Elliott are not available in net for Tampa Bay. That is less than ideal. Vasilevskiy is one of the league’s best netminders and although the Canadiens don’t possess a stellar offensive unit, they should be able to find the back of the net a few times. Tampa Bay is scoring 3.00 goals per game at home and Montreal has been one of the worst teams in the league when it comes to allowing goals on the road. The Canadiens are giving up 3.87 goals per game away from home, which is the 5th-worst number in the league in such scenarios. This could be a high-scoring affair. Back the over.

Offensively, both the Sharks and Coyotes are struggling. Both teams rank in the bottom 8 in expected goals for per 60 minutes, goals scored and goals for per game, with the Coyotes ranking last in all 3 categories.

The difference between these teams comes on the defensive end. When you look at actual goals allowed, the Sharks maintain their middle-of-the-pack status while the Coyotes drop to last, due to the goaltending advantage the Sharks have. Both goalies in Arizona’s rotation rank in the bottom 20, out of 85 goalies, in goals saved above expected and both have a goals against average above 3.00. This has been the issue with the Coyotes all season, trying to play a low-scoring, tight, defensive game, but once goals start pouring in, they can’t keep up with scoring and can’t rely on their goalies to bail them out.

Expect the Sharks to jump on Coyotes early and it would not be surprising if they win this one by multiple goals on their home ice.

The Vegas Golden Knights, along with the Tampa Bay Lightning, was one of the two teams who played in the league’s most recent game, which took place exactly one week ago on December 21st. Vegas held a 3-1 lead before dropping that contest by a score of 4-3. Even 7 days later, a tough loss against a good team will still be on the Golden Knights’ minds, which will push them to come out hard on the road. The Los Angeles Kings were playing well before the break, as they were on a 4-1-1 stretch, but the extra days off could have killed some momentum. While Los Angeles has a very respectable roster construction, Vegas has much more to offer. They have the more high-powered offense and will be rearing to go after their bitter defeat to Tampa in their last game. Look for Vegas to come out firing en route to a big win.