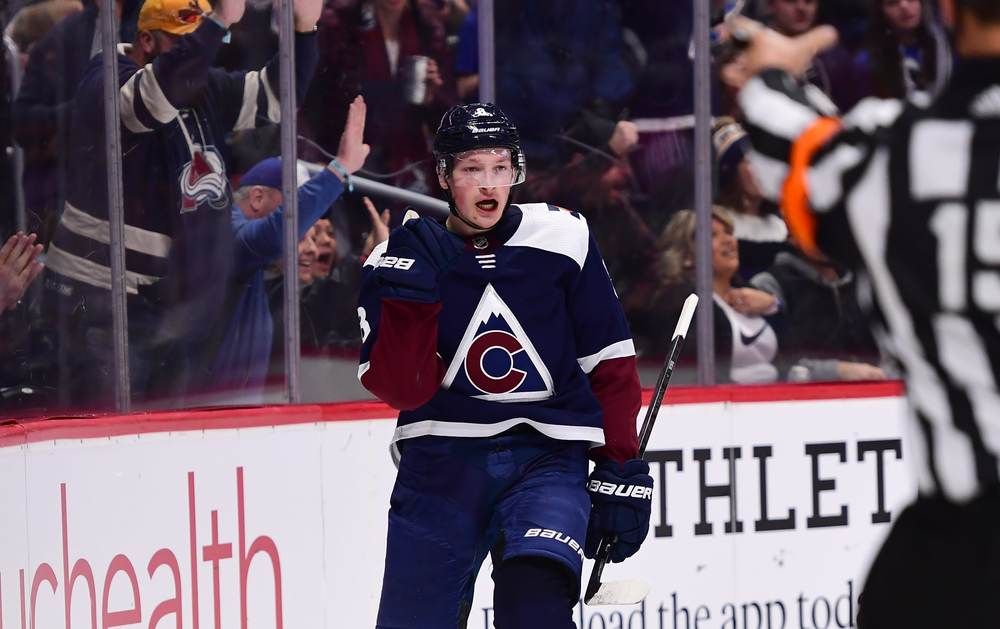 It has been a strong and intense season so far in the NHL. With it being February, its time to start looking at some of the NHL’s top rookie skaters this season. There has been plenty of standout and strong performances across the league. Many of the top rookies have made an impact on some of the best teams. Let’s take a look at the best rookie skaters so far.

Of the top rookie’s skaters, two of them play defense, which says the strength of the position in the NHL. Cale Makar tops the list as he leads all rookies in points with 40. He is also fifth in goals among rookies with 12 this season. Makar has been a key at the defensive level for the Colorado Avalanche who only trail St. Louis in the Central Divison race. Add in 28 assists for the fourth overall pick back in 2017. Makar belongs in the conversation as one of the top rookie skaters.

Quinn Hughes was expected to be among the leading candidates for the top rookie skater, and he has proven why the Canucks took him with the 7th overall pick in 2018. Hughes is tied with Cale Makar in points this season at 40, but he really stands out with his assists. At 32 assists on the season, Hughes stands far above the rest of the league’s best young skaters in that category. His goals are a bit low at 8 on the season, but he has been impressive nonetheless as a defensive force.

Victor Olofsson has tried and tried to make an impact for the struggling Sabres, but the team as a whole hasn’t had the season they had hoped for. It hasn’t stopped Olofsson from standing out as one of the NHL’s best rookie skaters. At 35 points on 19 assists and 16 goals which only trails the Blackhawks Dominik Kubalik in that category.

Yes, you are probably thinking that is more than just four skaters but both Suzuki and Kubalik stand out among the future of the NHL. The Canadiens have struggled most of the season, but Nick Suzuki stands out as a strong performer at 34 points on 11 goals and 23 assists. In the case of Chicago’s Dominik Kubalik, he stands out above all rookies with 21 goals on the season. He has also chipped in 11 assists for a total of 32 points this season.