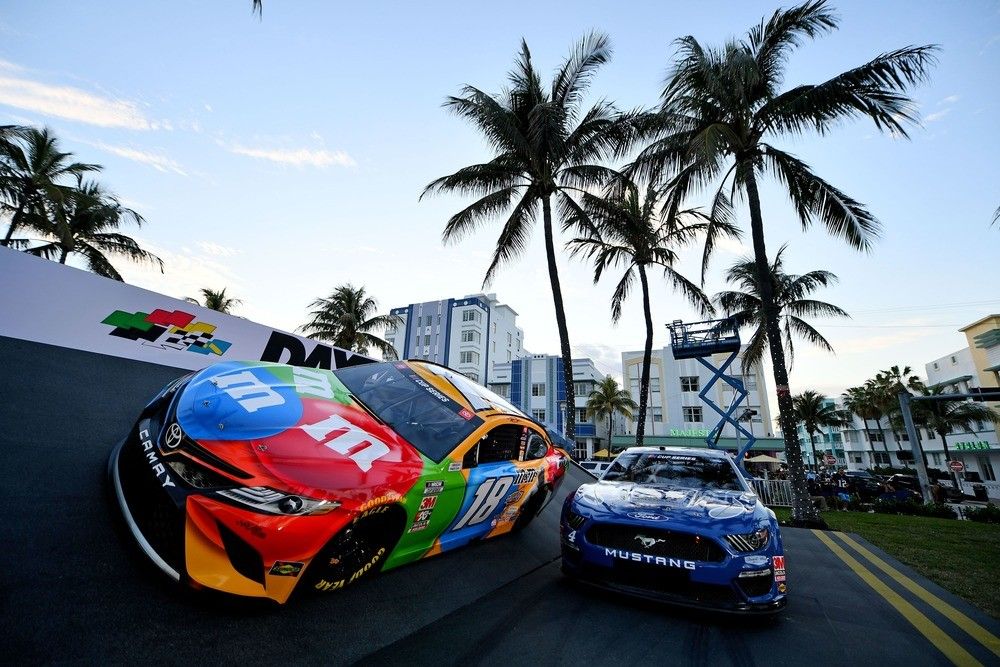 Since graduating from Davidson (The College That Stephen Curry Built), I have been writing about sports--just about any and all you can think of!--and coaching tennis in Atlanta, Ga. Beyond the four major sports, I am an avid tennis fan and cover the ATP Tour on a daily basis. If I'm not busy writing, you can generally find me on a tennis court or traveling the world wherever a sporting event takes me.
@Dimonator133
Updated: 10:27 AM ET June 11, 2020

NASCAR returned from its coronavirus hiatus with an unprecedented flurry of Cup Series races—five in the span of 15 days to be exact. Yes, in barely more than two weeks there were events in Darlington, Darlington again, Charlotte, Charlotte again, and Bristol.

Although a furious end to the month of May has come and gone, the Cup Series is not about to slow down. The QuikTrip 500 took place in Atlanta last weekend and there are two more races on the cards for this week. NASCAR returns to the track on Wednesday in Martinsville, Va. before the drivers take their talents to Miami, Fla. for Sunday’s festivities.

Kevin Harvick certainly would not mind if races were held in Atlanta again and again. Harvick triumphed for a third time at that track this past Sunday, beating runner-up Kyle Busch to the line by more than three seconds. The 44-year-old’s first Atlanta victory came only three months following the 2001 death of Dale Earnhardt after he replaced the late, great driver in the No. 3 car.

“For me, this place is pretty special,” Harvick assured. “It brings back a lot of memories…. To celebrate the life of Dale Earnhardt and everything he meant to our sport, is obviously pretty special to me.”

Harvick is a one-time champion (2011) of the upcoming Martinsville race. Brad Keselowski has won it twice in the past three years, while Clint Bowyer prevailed in 2018.

Busch is a +450 favorite to take home the checkered flag from Wednesday’s Blue-Emu Maximum Pain Relief 500 in Martinsville. Keselowski is a +500 second choice, followed by Martin Truex Jr. (+600), Denny Hamlin (+750), and a trio of drivers at +1000 (Harvick, Joey Logano, and Chase Elliott).

Be sure to check out our free NASCAR expert picks for Matinsville on Wednesday.

Fans to return in moderation

There will once again be no fans in Martinsville, but that is expected to change throughout the circuit sooner rather than later. NASCAR is reportedly going to allow up to 1,000 Florida service members—representing the Homestead Air Reserve Base and U.S. Southern Command in Doral, Fla.—to attend in Miami on Sunday. On June 21 at Talladega, up to 5,000 fans will be allowed in the grandstands by the front stretch. There will also be limited motorhome and camping spots available outside the track.

“We have tremendous respect and appreciation for the responsibility that comes with integrating guests back into our events,” said NASCAR executive vice president Daryl Wolfe. “We believe implementing this methodical process is an important step forward for the sport and the future of live sporting events. The passion and unwavering support of our industry and fans is the reason we race each weekend, and we look forward to slowly and responsibly welcoming them back at select events.”

Following Martinsville and Miami, the NASCAR schedule through early August is as follows: