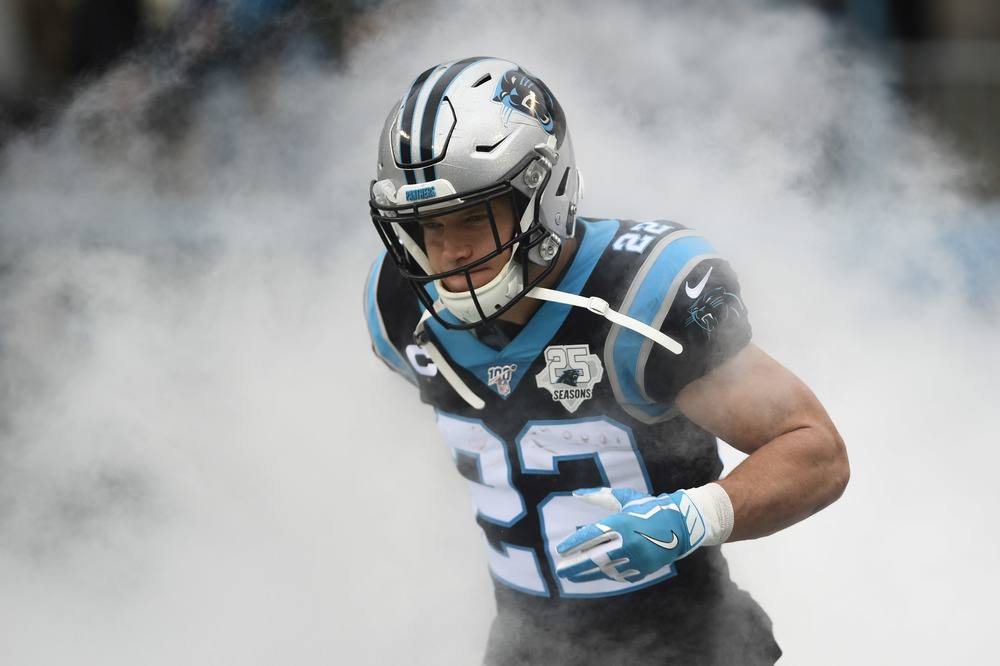 Christian McCaffrey is now the highest-paid running back in the NFL. ESPN’s Adam Schefter and David Newton report that the Panthers star has agreed to a four-year deal that will pay him $16M per season. The deal includes a fifth-year option, and the extension will be tacked on to the two remaining seasons on the 23-year-old’s rookie contract. The deal will keep McCaffrey in Carolina through the 2025 season.

The average annual value exceeds Ezekiel Elliott’s deal with the Cowboys, which pays him around $15M per season. Jets running back Le’Veon Bell ($13.125), Texans running back David Johnson ($13M), and Titans running back Derrick Henry ($10.278M) round out the top five.

Last season, McCaffrey became the third player in NFL history to collective 1,000 rushing yards and 1,000 receiving yards in a single season, and he had the third-most yards-from-scrimmage in one season in league history. Since 2017, he has the third-most receptions in the NFL, with the rest of the top-five composed entirely of wideouts.

“I’m so excited to continue my career in Carolina,” McCaffrey said. “I want to thank Mr. [David] Tepper, Marty Hurney, and Coach [Matt] Rhule for the opportunity to help lead this great franchise, and to all my teammates for their help along the way. And to Panthers fans, KEEP POUNDING!”

The Panthers could be eyeing a rebuild under new head coach Matt Rhule, although their decision to offer a massive contract to quarterback Teddy Bridgewater seems to indicate that the organization just won’t roll over and die. At the very least, it appears that the team will be undergoing a significant makeover, especially with former face-of-the-franchise Cam Newton gone. Signing McCaffrey means the running back is in it for the long haul.

Unfortunately, this signing also limits McCaffrey’s award-winning ability, which is especially relevant on this website.

As we previously detailed, a running back essentially has no chance of winning the MVP award. With all due respect to Lamar Jackson, if McCaffrey couldn’t do it next season, then it probably won’t be done for the foreseeable future.

As of this moment, McCaffrey is sitting with +5000 odds to win MVP, per DraftKings Sportsbook. The only non-quarterback ahead of him is Henry (+4000).

McCaffrey’s over/under rushing yards is 1350.5, which isn’t shocking following his 1,387-yard performance in 2019. However, with Bridgewater under center, the running back may be ceding some carries to his quarterback; Bridgewater averaged 3.6 rushing attempts per game in his five starts with the Saints last season. Plus, with McCaffrey now signed for the long-term, it wouldn’t be shocking to see the Panthers somewhat limit his carries, especially if they’re out of playoff contention. That could limit the player’s statistical ceiling.

Either way, barring an injury, McCaffrey will continue to be one of the most popular and productive players in the NFL. However, until the Panthers are competitive, the player won’t be all that relevant from a betting perspective.