Could a non-quarterback win the 2020 NFL MVP award? 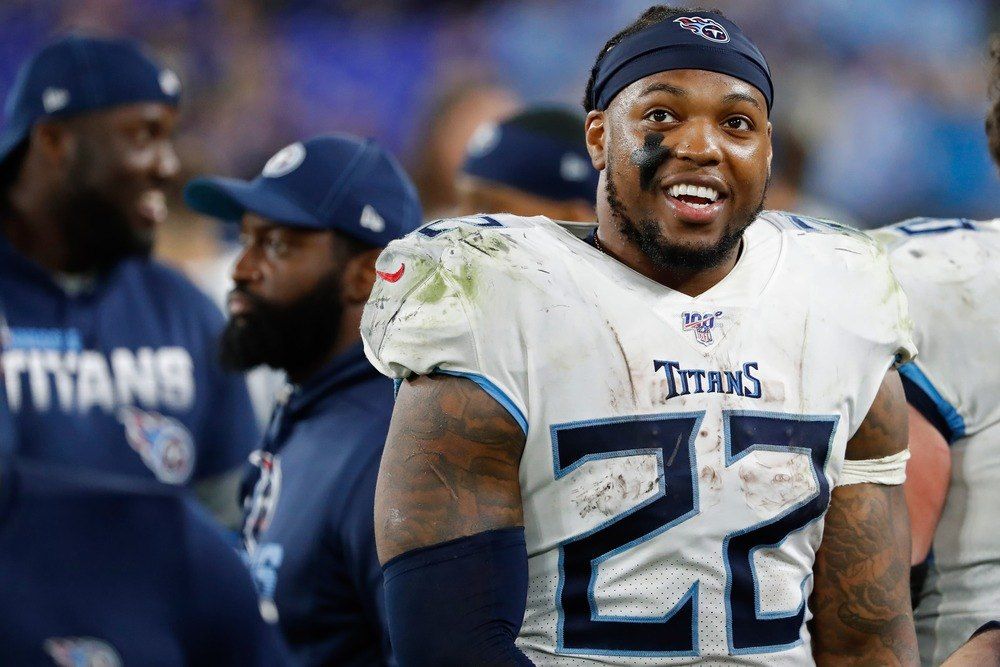 There’s been a whole lot of player movement over the past week-plus, but the top of the MVP odds remain (mostly) unchanged. Quarterbacks Patrick Mahomes, Lamar Jackson, and Russell Wilson are generally the consensus top-three. In fact, the majority of the sports books have a top-12 list that’s composed entirely of quarterbacks:

You might even see the likes of Baker Mayfield, Josh Allen, Jimmy Garoppolo, and even Jarrett Stidham included in that aforementioned grouping.

The short answer? Probably not.

Each of those non-QBs had transcendent and (in some instances) record-breaking seasons, and their respective teams had at least 10 wins (the average win total of the last five non-QB MVPs was 12.2).

That team success is especially relevant when it comes to non-QBs winning MVP. Last year, Christian McCaffrey became only the third player ever to compile 1,000 rushing yards and 1,000 receiving yards, and he had the third-most yards-from-scrimmage in league history.

Unfortunately, the Panthers only won five games. That’s why McCaffrey only finished third in Offensive Player of the Year voting (Jackson was a unanimous MVP winner).

So, if a non-QB was going to win MVP next season, it wouldn’t only require awe-inspiring statistics (at least 2,000 yards from scrimmage and 18 touchdowns). Rather, it’d also require that non-QB to lead a team to around 12 wins.

Is there anyone who could fit the bill in 2020? Unless McCaffrey is traded (which seems very unlikely), he probably doesn’t have a shot. The same sentiment applies to Saquon Barkley. Ezekiel Elliott and Alvin Kamara have the talent, but their teams’ success would probably be attributed to their MVP-caliber quarterbacks.

A defender like Aaron Donald, Nick Bosa, Khalil Mack, or the Watts could theoretically emerge. However, since it’s been 30+ years since a non-offensive player won the award, we wouldn’t bet on it.

Therefore, there seems to be only one non-QB who could emerge as an MVP in 2020: Derrick Henry.

The former second-rounder exploded last year, finishing with 1,746 yards from scrimmage and 18 touchdowns (he kept that production going for two of his three playoff games, as well). Henry’s production starting in Week 10 was especially relevant; in his six remaining regular season games, the running back ran for almost 150 rushing yards and more than 1.5 touchdowns per game.

Henry would need to sustain that production through an entire season, but we all know the running back hasn’t been consistent throughout his career. On the flip side, he’s still young enough (26) to get the required carries (and have the require upside).

Further, the Titans seemed to be on to something in 2019. Even if you’re not overly bullish about their future outlook, there’s no denying that Tennessee will be pushing for at least 10 wins next year. Plus, barring some unexpected development, it’s unlikely the team’s success will entirely be focused on quarterback Ryan Tannehill.

If you want, you could make a similar argument for Vikings running back Dalvin Cook, although Kirk Cousins (and a now-inferior offense) stands in his way.

Therefore, if you’re going to place a bet on any non-QB MVP candidate, it should be Tractorcito down in Tennessee.