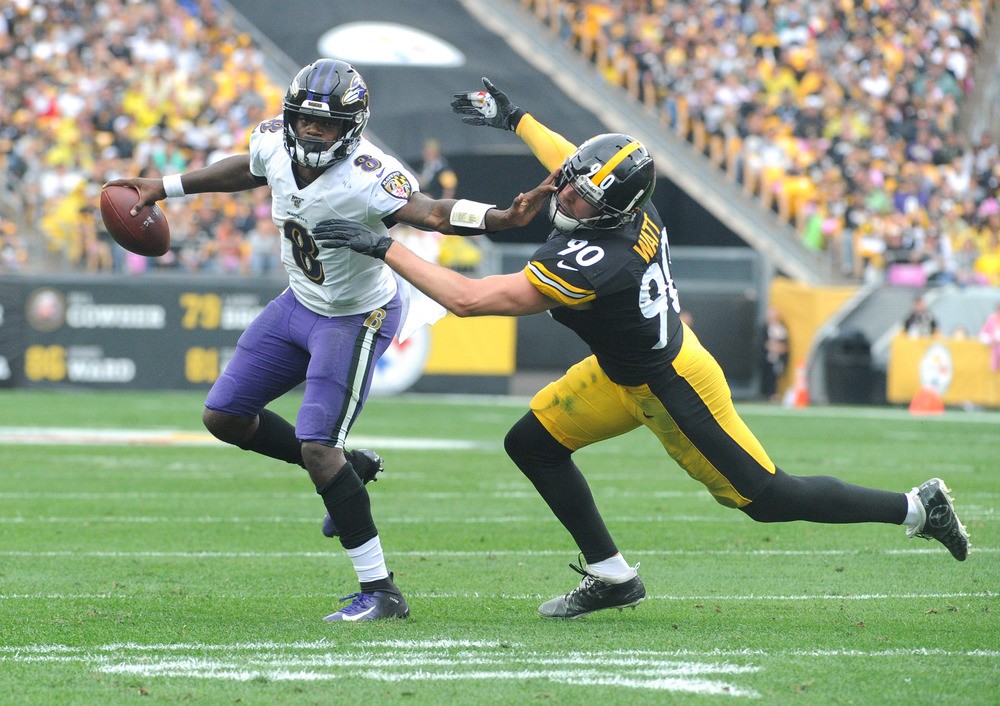 It might feel like the 2020 NFL season is a long way away, but there are still plenty of things to wager on, and plenty of opportunities for value. Oddsmakers have come out with their first NFL win totals of the year, and today we’ll be taking a look at the four teams in the AFC North.

The Ravens won the AFC North last year, so we’ll start with them. They opened right at 11 wins, so they will need to go at least 12-4 to cash an over ticket. Even though they were arguably the best team in the league during the regular season last year, this feels a tad bit steep. For starters, the division should be a lot better than it was last season when the Steelers, Browns, and Bengals were all big disappointments. The Ravens haven’t made too many moves in free agency, and their one big signing got cancelled when an ankle injury sprung up with defensive lineman Michael Brockers. The last time we saw them they got humiliated in their first playoff game against the Titans, and if their running game falls off even a little bit they could be due for some serious regression.

The Steelers opened at nine wins. Last year they managed to win eight, and that was while playing without Ben Roethlisberger for virtually the entire year. Roethlisberger is by all accounts going to be fully healthy for this season, and there’s no way that the offense isn’t significantly better than it was last year. They had one of the best defenses in the league in 2019, and that should be the case once again this time around. They added an intriguing new weapon for Roethlisberger in tight end Eric Ebron, and they still have a solid receiving corp. This is a team that gave up 17 or fewer points in nine of their last 13 games, and they’ve quietly got a lot of talent.

The Browns were arguably the biggest disappointment in the league last season, as they completely fizzled out after an offseason of hype. Things got so bad that they fired head coach Freddie kitchens after just one year, and they brought in another? To replace him. Kevin Stefanski has never been a head coach at any level, and he never called plays before last year. Baker Mayfield regressed sharply last season, and I don’t see any obvious reason why he magically improve greatly in 2020. The signings of Austin Hooper and Jack Conklin will help, but they still have a startling lack of depth on defense.

The Bengals were the worst team in the AFC North, and the league, last season. Fortunately, they ended up with the first overall pick as a result. They are going to draft Joe Burrow with that pick, and things could get better in a hurry. They have made some shrewd moves In free agency, overhauling their defense rapidly. After signing defensive tackle D.J. Reader they now have one of the most imposing defensive fronts in the league with Geno Atkins and Carlos Dunlap alongside him. They also greatly upgraded their secondary with the signings of cornerbacks Trae Waynes and Mackensie Alexander.

Want to make a bet? Get great promotions from all the legal sportsbooks by checking out our promo codes page!