Pickswise college football experts give their best bets for the National Championship game: Georgia vs Alabama 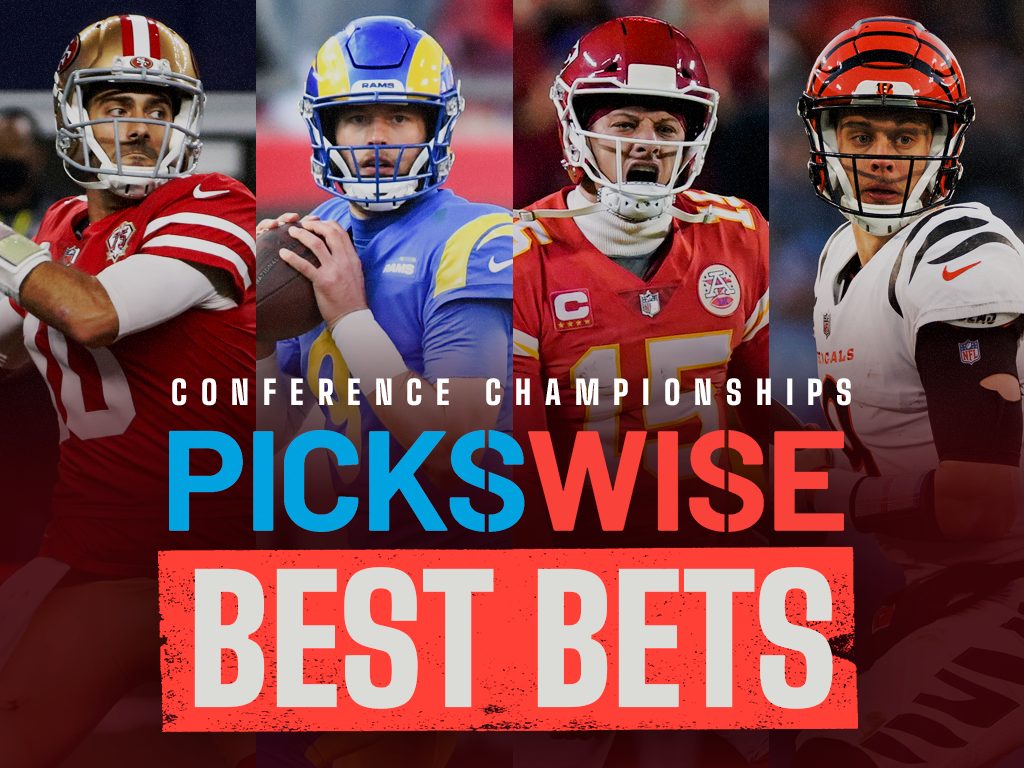 The big game is finally here. After a wild college football season, the National Championship game is upon us as the Georgia Bulldogs prepare to take on the Alabama Crimson Tide. Georgia had been dominant all season long until it was embarrassed by Alabama in the SEC Championship game last month, and now the Bulldogs will be out for revenge. Both UGA and Bama picked up comfortable wins in the College Football Playoff semifinals, and these two teams are without question the best in CFB. But which team is the best?

To enhance the excitement for this huge clash, 5 of Pickswise’s best college football experts have weighed in with their best bets for the game. That’s 5 great picks, all right here! Let’s dive into our experts’ best bets for Georgia vs Alabama.

Unfortunately, all of the 2.5s completely dried up over the weekend as some notable bets on Georgia flooded the market after Friday’s impressive win over Michigan. The public might like Bama in this spot, but I’m siding with the sharps on this one. I think the Tide did what they had to against an overmatched Cincinnati team, and they won’t be able to push the Bulldogs around in the trenches like they did to the Bearcats.

Alabama will also be without John Metchie this time. The star wideout had 6 catches for 97 yards and a score in the first half of the SEC title game before leaving with a knee injury. That loss cannot be understated, as Bama’s prolific passing attack with Bryce Young was the reason they looked so dominant the first time around. Meanwhile, on the other side, Stetson Bennett played arguably his best game of the season against a very strong Michigan defense, and I expect him to have similar success against a banged-up Bama secondary down to their third and fourth-string corners.

I am surprised by the betting line. After what happened in that SEC Title game, I expected the Crimson Tide to be favored and that is not the case. I really could go either way here as I would lean toward Georgia to win the game straight up on the money line. That said, when do you get a chance to get points with Nick Saban and the Alabama Crimson Tide? How about pretty much never. In fact, the last time it happened was the SEC Championship game and I’ve already mentioned multiple times what happened in that one.

Kirby Smart and the Bulldogs just seem to have a mental block when it comes to Alabama. It’s been well documented in recent years and even I can remember being on the sidelines for the sheer devastation on the faces of the Georgia players and coaches when Jalen Hurts came off the bench to beat them in the SEC Championship game back in 2018.  It’s the huge monkey that Smart just can’t get off of his back. Given the tossup nature of the game itself and my conflicting emotions, I will take the three points. Roll Tide.

Alabama has won seven straight in this series overall. In fact, the last Georgia win over the Tide was during the George W. Bush administration in Nick Saban’s first year, a 7-6 campaign for the Crimson Tide. Georgia head coach Kirby Smart has come up short in all four meetings between him and his former boss.

Georgia has the edge on defense, besting the Tide in total defense, rush defense, pass defense and points allowed. Alabama has the edge on offense in total offense, passing yards and points scored. But what unfolded in the SEC Championship game a month ago tells the real story of this game, which is all about strategy. The Bulldogs failed to sack quarterback Bryce Young once as Alabama used short passes and Young’s mobility to keep him upright and set to an SEC Championship game record of 421 passing yards. Will Saban use the same game plan in the national title game? Will Kirby Smart be able to generate a pass rush?

Georgia as a 3-point favorite feels right, especially after being a 6.5-point favorite last month. Statistically, Georgia has dominated their opponents all season long. Alabama has had multiple hiccups beyond the loss to Texas A&M, like the games against Florida, LSU and Auburn. So, who do you trust? Much like playing poker, this could come down to what your gut says about the hand your dealt. Until I see Kirby Smart figure out a way to beat his mentor, I’ll take the three points and the Tide.

I’m avoiding the side on this game like the plague. I don’t want to bet against the best team in college football on paper (Georgia), but I also don’t want to bet against a program and head coach that have won national titles left and right and also just dominated this same head-to-head matchup last month. I don’t hate Alabama +3, but I also don’t hate Georgia on the money line. But I don’t like either one.

By default, my best bet is on the total. But I really do like this play: Under 52.5. I’ve been hammering the under all year long on Georgia games and for the most part (the SEC Championship notwithstanding) it has worked out with smashing success. I think the familiarity of a rematch helps the defenses more than the offenses. UGA boasts one of the best defenses in college football history; it isn’t going to have so many — if any — busted coverages like it did in the December matchup.

Alabama’s D just held Cincinnati to 6 points. The Crimson Tide have also picked off Stetson Bennett 5 times in the last two SEC Championships. On the other side of the ball, Bama is without John Metchie III. This is going to be an awesome, high-quality contest — but not in the mold of those Alabama vs Clemson shootouts in recent years. It’s going to be real football; hard-nosed, smash-mouth football between two intense rivals. Give me popcorn. Give me the under.

It’s a bit of a square play, but my favorite bet for the National Championship Game is Georgia on the money line up to -145, or as part of a parlay with a second leg of your choice (I like the Washington Football Team on Sunday). Georgia was ambushed one month ago in the SEC Championship and I have no doubts that Kirby Smart’s team has spent most of the last month preparing for an inevitable rematch with Alabama. The Bulldogs’ defense is No. 1 in the nation in yards per play and touchdowns allowed, while holding opponents to under 260 yards per game.

The Crimson Tide leaned on the running game against Cincinnati and the ground attack will be that much more important without John Metchie, typically the security blanket for Bryce Young in the passing game. On the other side, expect Stetson Bennett to manage the game effectively and not force the issue unless his team absolutely needs it. For that reason, I like Under 52 or 52.5 as well.