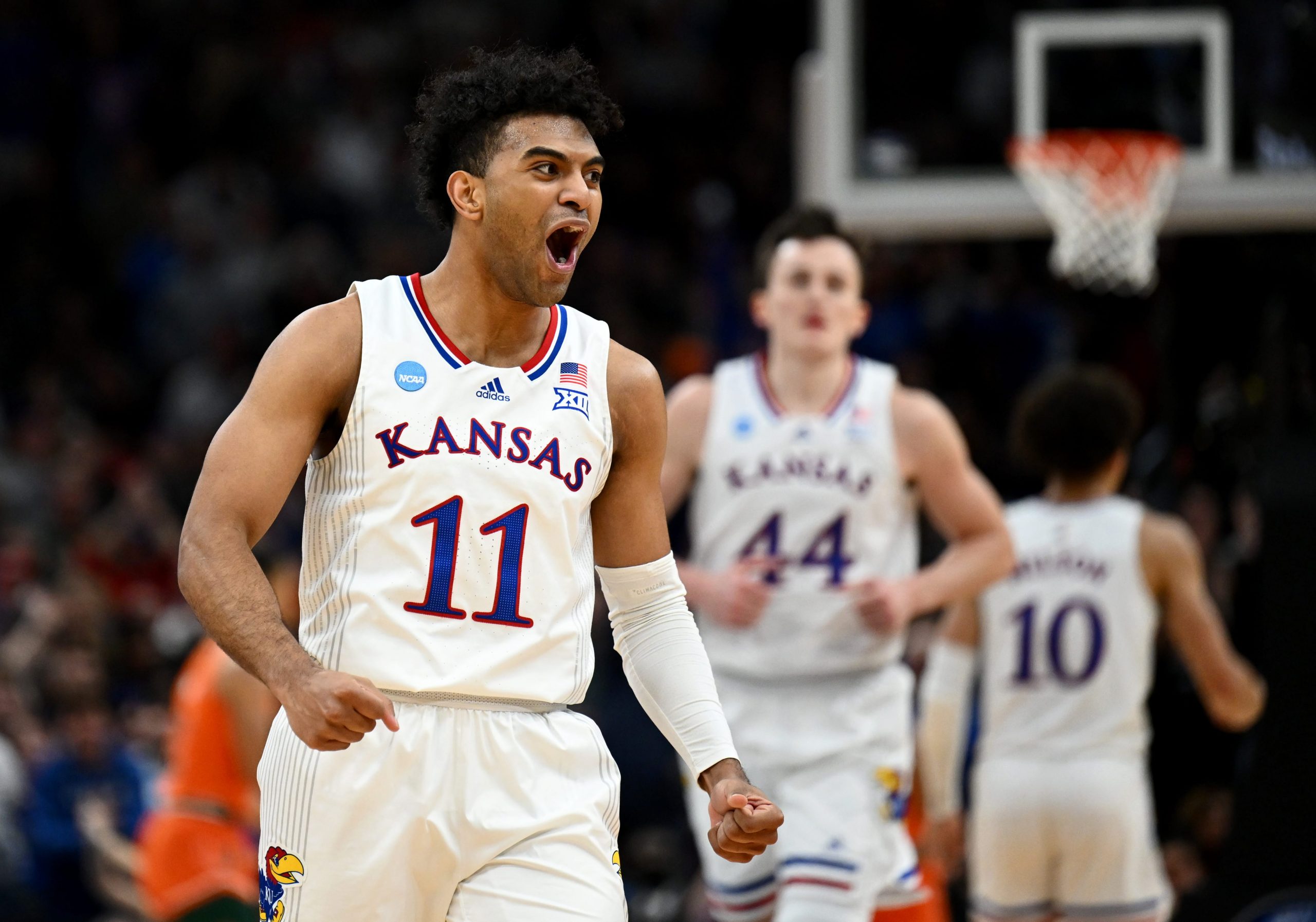 Ladies and gentlemen, we have arrived at the peak of March Madness, and the NCAA Tournament National Championship game has arrived. The North Carolina Tar Heels will take on the Kansas Jayhawks. UNC secured a huge win over Duke to end Coach K’s career and come within 1 game of earning an unlikely championship, while Kansas has looked every bit deserving of being a #1 seed, having dismantled Villanova.

To celebrate the big game, we’ve asked Pickswise’s best college basketball experts to give their best bet for the National Championship. Let’s dive in!

Both of these teams played outstanding on Saturday night but took very different routes to the title game. Kansas showed us their ceiling, going 13-24 from deep and scoring 1.398 points per possession, the highest mark against Villanova’s defense in the last 5 seasons. Meanwhile, UNC was on the winning side of an instant classic against their most bitter rival in a game that featured 18 lead changes and 12 ties. I think it will be difficult for the Tar Heels to regroup emotionally in less than 48 hours and bring that same energy level against the Jayhawks, who seem to be peaking at the right time.

The backcourt matchup here is elite, with Ochai Agbaji and Caleb Love playing at a very high level. I give the slight edge to Agbaji, who is the best overall player on the floor and proved it on Saturday, going 6-7 from deep and improving his draft stock. In the paint, it was encouraging to see Armando Bacot return to the floor late in the game after tweaking his ankle but I’m betting on him being less than 100% on short rest. That should give the Kansas bigs a leg up in the paint. David McCormack and Jalen Wilson combined for 22 of the Jayhawks’ 35 total rebounds against Nova, and also 36 of their 81 points. Kansas has raised their game in the Elite Eight and Final Four and I expect them to sprint through the finish line on Monday night.

I think Kansas is going to win because of the obvious differences in energy spent during the national semifinals. But I’m not inclined to give 4 points and I definitely have no interest in -190 juice on the money line. For me, North Carolina is too spent to back but also too talented to fade. Instead, I’ll hammer the over. UNC has scored more than 80 points three times in five NCAA Tournament games, including more than 90 twice. Kansas has poured in at least 76 point in four of it five outings and it is coming off a 13-for-24 effort from downtown against Villanova. Both of these teams will be happy to push the pace on Monday night. The Jayhawks will want to do so because they know the Tar Heels are gassed from Saturday and really go only 5 deep. The Heels, despite their fatigue, will do the same simply because they don’t know how to play any other way. This should be an absolutely wild national title game with plenty of points to entertain the masses.

I took a Kansas future in July, so I have to stick with picking the Jayhawks to cut down the nets. It would not surprise me to see North Carolina win, since they have been the best team in the country in BartTorvik’s metrics since March 1st, but ultimately I think Kansas has the better of the matchup. He was quiet in the win over Villanova, but I think Remy Martin is the difference-maker. Leaky Black can possibly shut down Agbaji, but Dajuan Harris can possibly do the same to either Caleb Love or RJ Davis. Both big men will have a challenge, but I’m not sure if there is an answer for Martin. I’m rolling with the Jayhawks.

Kansas was impressive in its win over Villanova in the Final Four, as the Jayhawks shot 54% from the 3-point line and outrebounded the Wildcats by 6 in a 16-point win. Defensively, the Jayhawks were aggressive. While Villanova shot almost 42% from the perimeter and scored 1.12 points per possession, Kansas was able to hold the Wildcats to 9-of-26 from 2-point range and forced 9 turnovers. North Carolina’s impressive postseason run continued with its 3rd win over a top-12 offense in the NCAA Tournament.

This game will likely be played at a pace with which Kansas is comfortable, as North Carolina ranks in the top 100 in average possession length per KenPom. The Jayhawks have an elite transition offense, scoring better than 1.1 points per possession, which figures to be a big advantage against North Carolina. Per Synergy, the Tar Heels’ defense has improved in the NCAA Tournament but still ranks in the 27th percentile and allows opponents to score 1.043 points per possession when defending in transition this season. Kansas, on the other hand, ranks in the 77th percentile in transition defense and will likely have more success limiting North Carolina’s fast-break points. I’m going with Kansas to cut down the nets.

Make sure you check out our March Madness hub for picks on every game of the tournament!