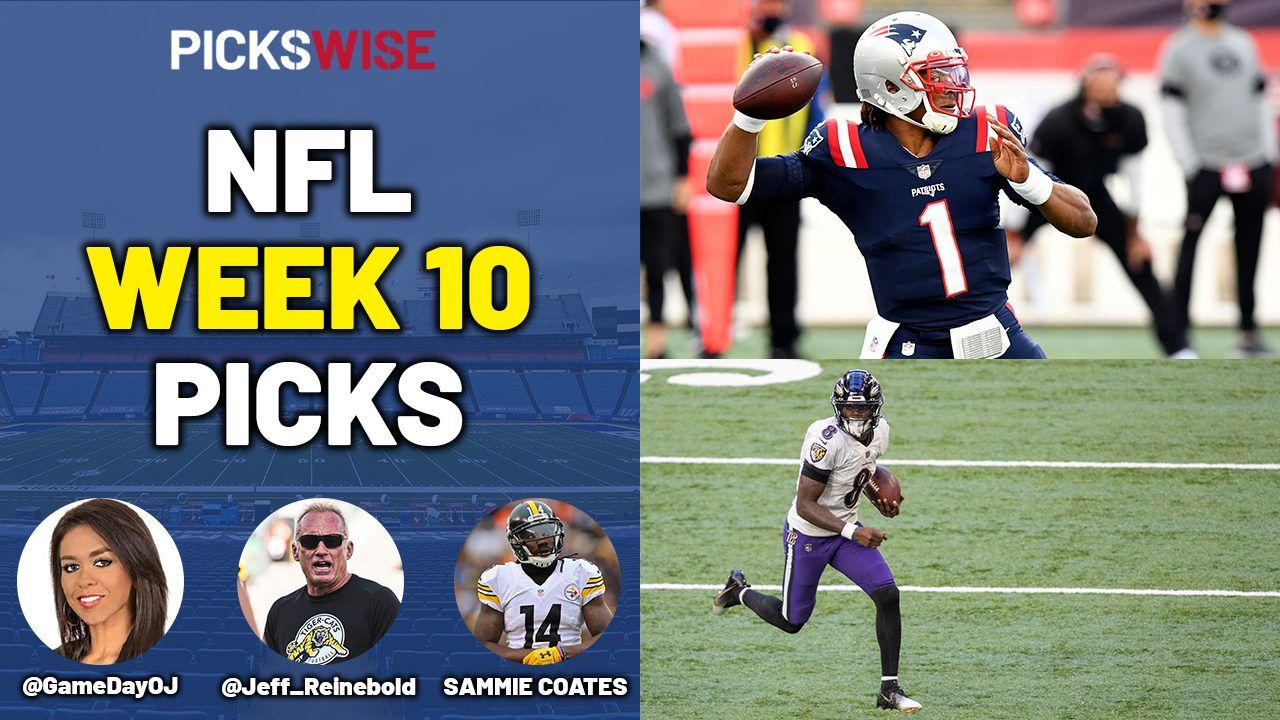 It’s Week 10 of the NFL season and we’re back with another episode of the Pickswise NFL Show! Our NFL betting preview is hosted by Rachael Van Oranje from ESPN975 radio and Jeff Reinebold, a man with over 30 years of coaching experience and a sharp eye for betting picks.

This week, Rachael and Jeff are joined by ex-Steelers wide receiver Sammie Coates! He talks all things Pittsburgh, including their perfect 8-0 start to the season, while also giving his own insight and best picks for the week.

The Steelers will be looking to reach cloud 9 on Sunday when they host AFC North rival Cincinnati. Can Pittsburgh get back to dominating teams after their scare against Dallas last week, or will the Bengals claw out a shock victory?

Sunday Night Football pits the Baltimore Ravens against the New England Patriots. This would have been an exciting matchup even a year ago, but with the Patriots in freefall, this looks an easy victory for the Ravens. Can New England prove the doubters wrong and make a statement in primetime?

We’ve also got a crunch clash in the NFC North on Monday Night Football as the Minnesota Vikings visit the Chicago Bears. Minnesota has won its last two games in style, thanks to the heroics of running back Dalvin Cook. Can they make it three in a row, or will Chicago get their postseason aspirations back on track with a win?

Along with the NFL previews for the biggest games, Rachael, Jeff, and Sammie provide us with their Pickswise parlay of the week. They also give their best underdog bets, a team they fancy to upset the odds. Last week Jeff was on the money once again, after he put up the Raiders against the Chargers, albeit with a little bit of drama in the final minutes!

As always, you can also read our expert previews for every Week 10 game in the NFL.