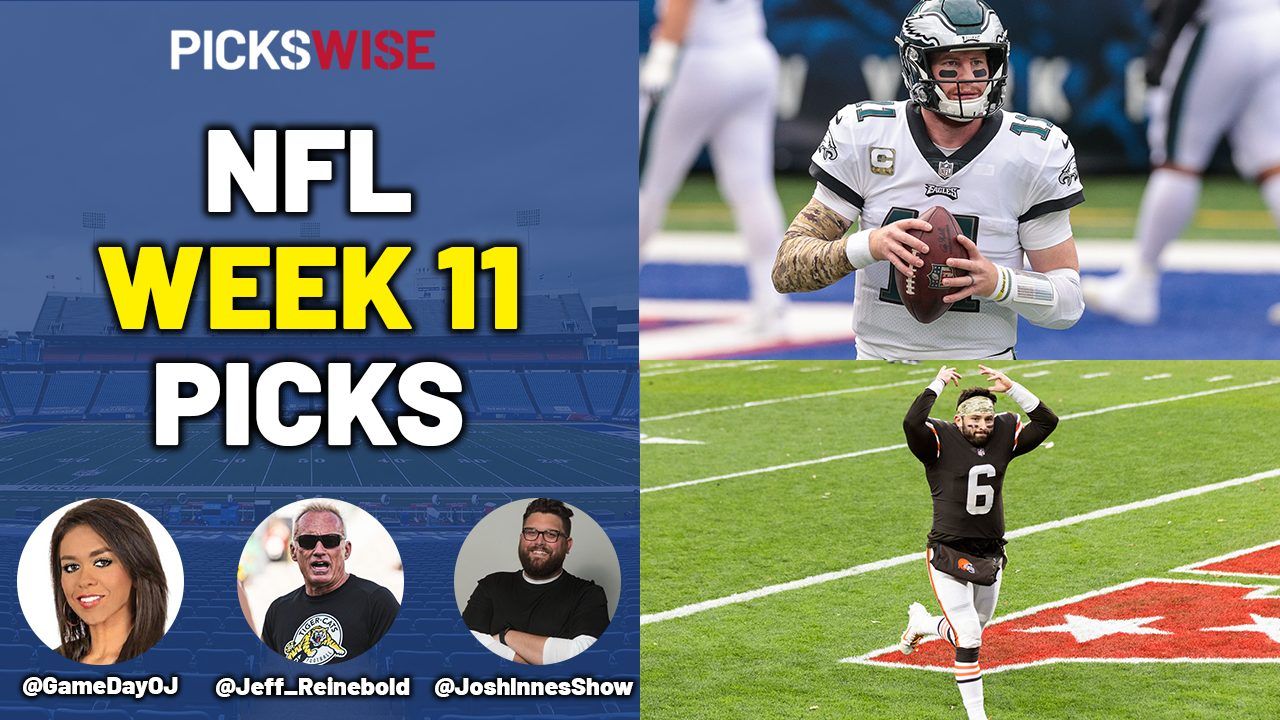 It’s Week 11 of the NFL season and we’re back with another episode of the Pickswise NFL Show! Our NFL betting preview is hosted by Rachael Van Oranje from ESPN975 radio and Jeff Reinebold, a man with over 30 years of coaching experience and a sharp eye for betting picks.

This week, we have radio host Josh Innes on the show to share his best picks, and to talk about that incredible Hail Mary throw from Kyler Murray.

The quarterback looks to follow up that incredible success against Buffalo with victory in Seattle on Thursday Night Football. Does our panel think Arizona has what it takes to move to 7-3?

The Sunday early window pits Philadelphia against Cleveland, with both teams looking to stay on course for a spot in the playoffs. Remarkably the Eagles are top of the NFC East with a 3-5-1 record, but they’re going to need to win games at some point to reach the postseason.

We’ve got an incredible matchup to look forward to on Sunday Night Football as the Kansas City Chiefs take on the Las Vegas Raiders in a huge game in the AFC West. The Raiders handed the Chiefs their only loss of the season last month, but can Andy Reid get revenge?

The week’s NFL action comes to a close with the Los Angeles Rams visiting the Tampa Bay Buccaneers. Both teams are in contention to win their respective divisions, but who will come out on top in this Super Bowl LIII quarterback rematch between Tom Brady and Jared Goff?

Along with the NFL previews for the biggest games, Rachael, Jeff, and Josh provide us with their Pickswise parlay of the week. They also give their best underdog bets, a team they fancy to upset the odds.

As always, you can also read our expert previews for every Week 11 game in the NFL.