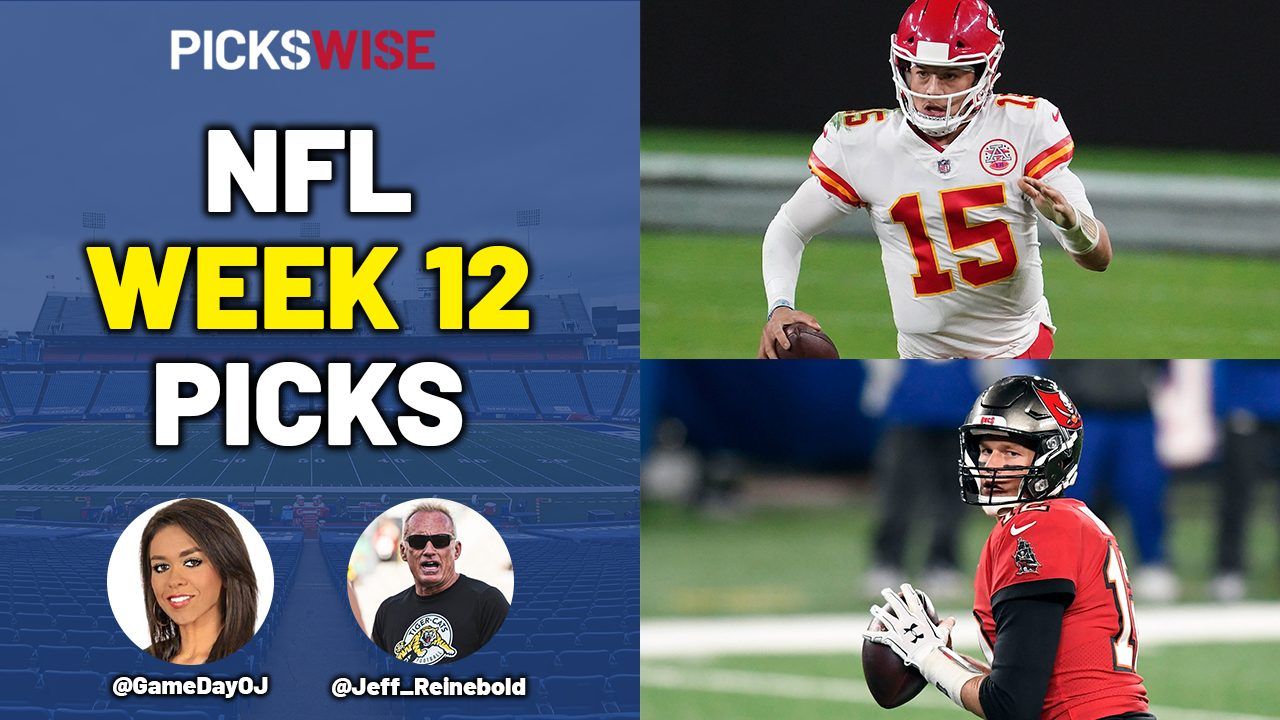 It’s Week 12 of the NFL season and we’re back with another episode of the Pickswise NFL Show! Our NFL betting preview is hosted by Rachael Van Oranje from ESPN975 radio and Jeff Reinebold, a man with over 30 years of coaching experience and a sharp eye for betting picks.

The early window on Sunday is highlighted by the crunch AFC South clash between the Tennessee Titans and the Indianapolis Colts. Both teams are 7-3, and victory will go a long way towards wrapping up that divisional title.

Then, we’ve got an exciting encounter in the later window as the Tampa Bay Buccaneers host the Kansas City Chiefs. The Bucs dropped to 7-4 with defeat to the Rams on Monday Night Football last week. Can Tom Brady bounce back, or will Patrick Mahomes and the Chiefs improve to 10-1?

Sunday Night Football sees the renewal of the age-old rivalry between the Chicago Bears and the Green Bay Packers. The G-men slumped to an overtime loss last week, but can effectively wrap up the NFC North with a win over the Bears.

The week’s NFL action comes to a close with the Seattle Seahawks visiting the Philadelphia Eagles on Monday Night Football. The Eagles lost their place at the top of the NFC East following the Washington/Dallas game, but can they reclaim it? Or will Russell Wilson keep the Seahawks pushing for the NFC West title?

Along with the NFL previews for the biggest games, Rachael and Jeff provide us with their Pickswise parlay of the week. They also give their best underdog bets, a team they fancy to upset the odds. Last week Rachael was on the money, after tipping the Jets +8.5 against the Chargers. She is now 6-5 with her underdogs on the season, while Jeff is 7-4.

As always, you can also read our expert previews for every Week 12 game in the NFL.