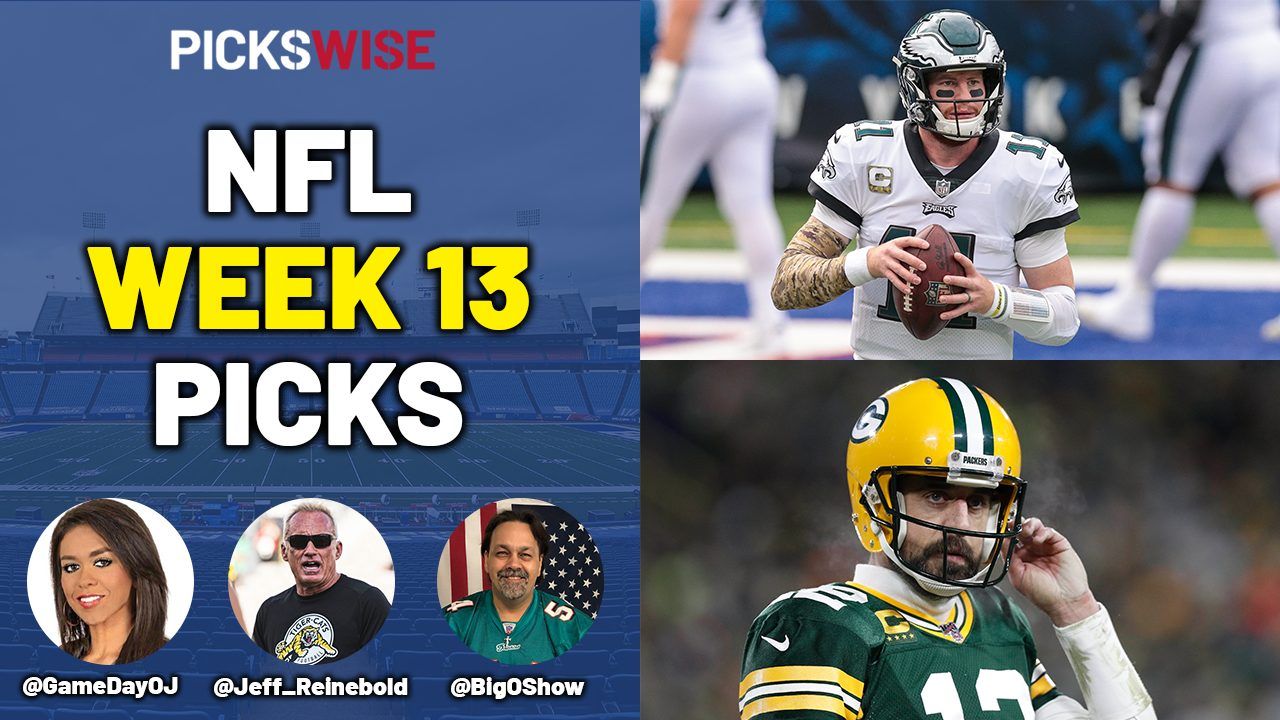 It’s Week 13 of the NFL season and we’re back with another episode of the Pickswise NFL Show! Our NFL betting preview is hosted by Rachael Van Oranje from ESPN975 radio and Jeff Reinebold, a man with over 30 years of coaching experience and a sharp eye for betting picks.

This week, we have radio host Orlando Alzugaray Jr. on the show to share his best picks, and discuss whether anyone can stop Patrick Mahomes winning MVP and the Chiefs winning the Super Bowl. Orlando hosts the Big O Show on Onside Radio.

Sadly there is no Thursday Night Football this week, but the Sunday early window features a hot contest between the Cleveland Browns and Tennessee Titans. Both teams are 8-3 and looking to further cement their positions in the playoffs. There is also NFC South action between the New Orleans Saints and Atlanta Falcons. The Saints are riding high at the top of the division, but can the Falcons cause Taysom Hill problems after they thumped the Raiders last week?

The later window sees the Philadelphia Eagles take on the Green Bay Packers, with the G-men looking to keep pace with the Saints in the race to secure the #1 seed and a first-round bye in the playoffs.

The Kansas City Chiefs host the Denver Broncos on Sunday Night Football. After some truly outrageous performances from Mahomes and Tyreek Hill last week, can the pair follow up here? And how will the Broncos fare now that they have an actual quarterback under center this week?

We’ve also got a Monday Night Football double-header, with the Washington Football Team visiting the Pittsburgh Steelers before the Buffalo Bills take on the San Francisco 49ers.

The week’s NFL action comes to a close with the Dallas Cowboys taking on the Baltimore Ravens on Tuesday Night Football. John Harbaugh’s team fell to 6-5 last Wednesday, but can they bounce back with Lamar Jackson set to return to action?

Along with the NFL previews for the biggest games, Rachael, Jeff, and Josh provide us with their Pickswise parlay of the week. They also give their best underdog bets, a team they fancy to upset the odds, and Jeff was on the money with the 49ers against the Rams. Jeff has now had eight winning underdogs out of 12.

As always, you can also read our expert previews for every Week 13 game in the NFL.