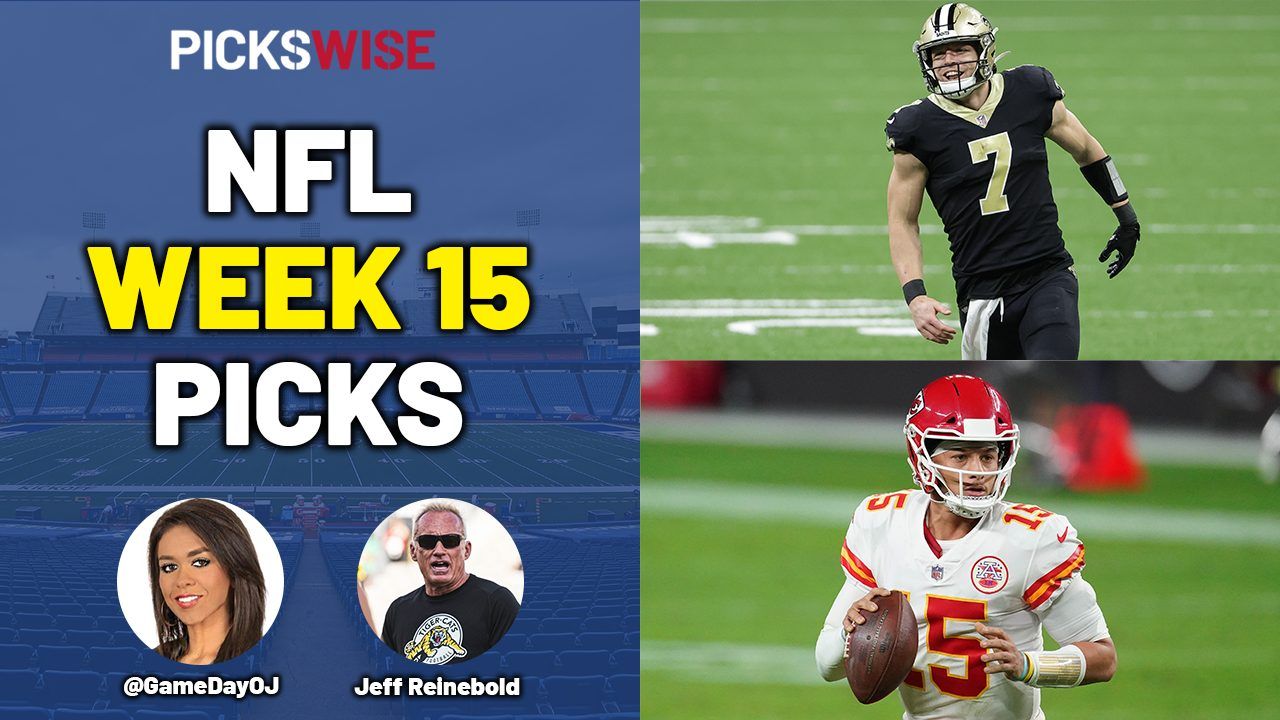 It’s Week 14 of the NFL season and we’re back with another episode of the Pickswise NFL Show! Our NFL betting preview is hosted by Rachael Van Oranje from ESPN975 radio and Jeff Reinebold, a man with over 30 years of coaching experience and a sharp eye for betting picks.

We’ve got two games to look forward to on Saturday, starting with the Buffalo Bills taking on the Denver Broncos. The Bills earned a huge statement win over the Steelers last week to move to 10-3, but will they be as dominant at Mile High after Drew Lock threw four touchdown passes last week?

Then the Carolina Panthers head to Lambeau Field to take on the Green Bay Packers. Green Bay took control of the NFC number one seed last week, and will look to win out to secure that first-round bye in the playoffs.

Looking ahead to Sunday, and the standout game is without question the Kansas City Chiefs taking on the New Orleans Saints. The Chiefs finally took control of the number one seed in the AFC last week, and look to improve their hopes of winning back to back Super Bowls. The Saints, meanwhile, will be desperate to bounce back from last week’s shock defeat to the Eagles.

Sunday Night Football has even more playoff implications, with the Cleveland Browns facing the New York Giants. Both teams lost last week, and the Giants will need a win here if they are to keep pace with Washington in the race to win the NFC East.

Week 15 concludes with an AFC North divisional game as the Cincinnati Bengals host the Pittsburgh Steelers. Having won their first 11 games, Pittsburgh has since lost their last two. Can they get back on track against this woeful Cincinnati team?

Along with the NFL previews for the biggest games, Rachael, Jeff, and Delvin provide us with their Pickswise parlay of the week. They also give their best underdog bets, a team they fancy to upset the odds, and Jeff will be looking to improve his 9-5 record.

As always, you can also read our expert previews for every Week 15 game in the NFL.