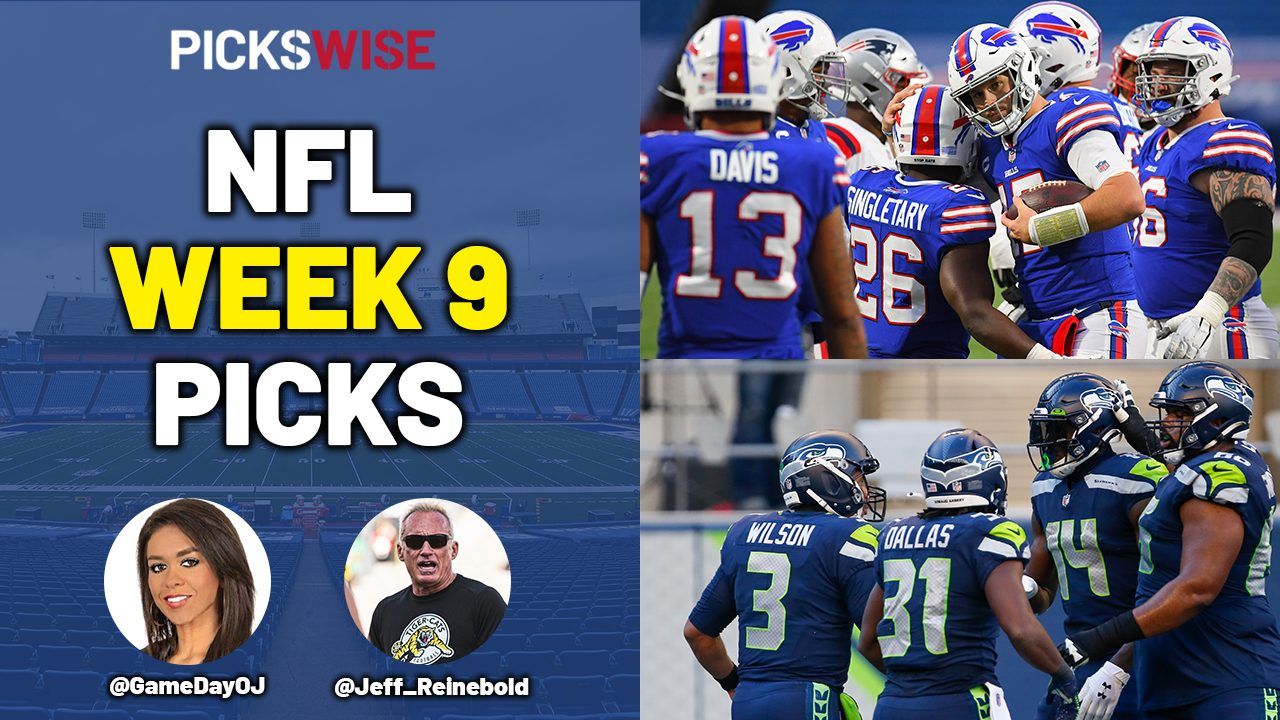 It’s Week 9 of the NFL season and we’re back with another episode of the Pickswise NFL Show! Our NFL betting preview is hosted by Rachael Van Oranje from ESPN975 radio and Jeff Reinebold, a man with over 30 years of coaching experience and a sharp eye for betting picks.

We’ve reached the halfway point of the season, and now focus turns to the dash from teams to win their divisions or make the playoffs. Perhaps the biggest game of the early games on Sunday afternoon is between the 6-1 Seattle Seahawks and the 6-2 Buffalo Bills. The Seahawks are currently the #1 seed in the NFC and will be keen to defend that position. The Bills meanwhile have dropped off somewhat over the past few weeks, and will need a big performance if they are to beat Seattle. Are they up to the job?

In the later window, the Pittsburgh Steelers put their unbeaten streak on the line when they take on the Dallas Cowboys. The Steelers earned a huge win over the Ravens last week to improve to 7-0, while things just seem to be getting worse and worse for the Cowboys. Is there any hope for Dallas in this one?

Sunday Night Football features a huge divisional matchup as the Tampa Bay Buccaneers host the New Orleans Saints. The winner of this one will be top of the NFC South. Drew Brees and company came out on top when these teams met in Week 1, but with the Bucs having improved massively since then can Tom Brady exact some revenge?

We’ve also got an AFC East clash on Monday Night Football as the New England Patriots take on the New York Jets. With the Patriots having lost their last four games, can the Jets finally get a win on the board?

Along with the NFL previews for the biggest games, Rachael and Jeff provide us with their Pickswise parlay of the week. They also give their best underdog bets, a team they fancy to upset the odds. Last week, Jeff backed the New England +3.5 against Buffalo, while our special guest Gianni the Greek was also on the money with the Giants +10.5 against the Buccaneers.

As always, you can also read our expert previews for every Week 9 game in the NFL.