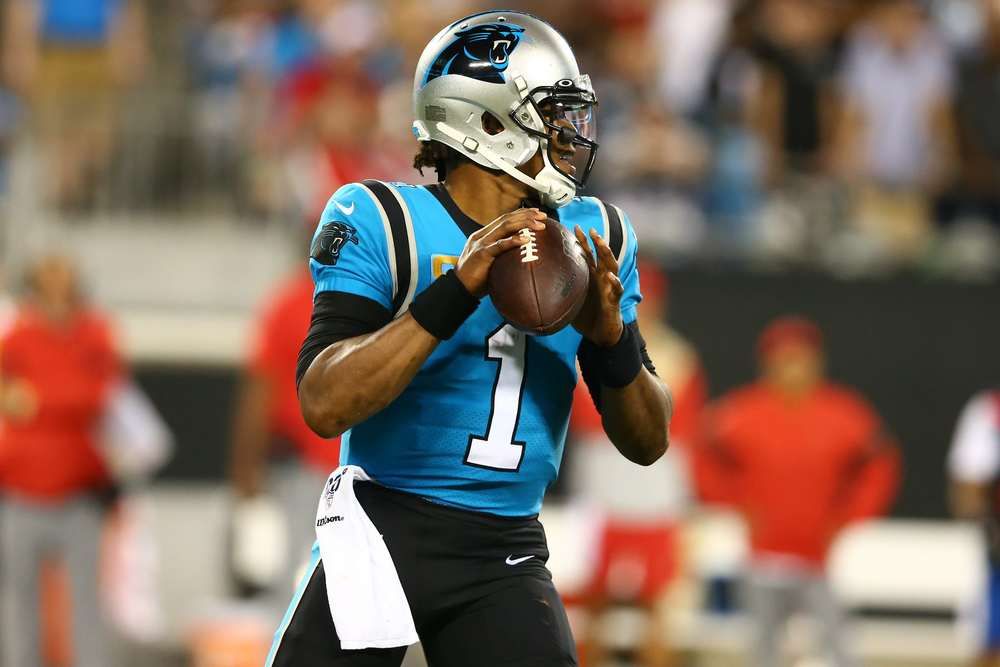 It sounds like Cam Newton has had a bit of a wake up call. After wallowing in free agency for more than a month, the former MVP finally acknowledged that he’d consider a backup gig.

While previous reports indicated that the former MVP was willing to sit as a free agent until an open starting role opened up, NFL.com’s Ian Rapoport recently reported that Newton would be receptive to a backup job.

Following the recent Andy Dalton and Jameis Winston signings, this seemed like the inevitable path for Newton. After all, there really aren’t any open starting gigs currently available. Newton made it sound like he was willing to bank on an injury, but that doesn’t mean the 30-year-old would automatically be a team’s solution; they could decide to look elsewhere, or they could solve the injury issue from within.

Therefore, it’s no shock that Newton would ultimately settle for a backup gig. In fact, the quarterback could easily find a job that allows him to be the 2020 version of Ryan Tannehill. The Titans quarterback notably took over for Marcus Mariota, and he parlayed an AFC Championship appearance into a lucrative contract extension.

Newton still has the talent to succeed in the NFL. In 2018, he set a career-high 67.9-percent completion percentage while throwing for 3,395 yards, 24 touchdowns, and 13 interceptions. He also continued to produce on the ground, rushing for 488 yards and four scores on 101 carries. While he was limited to only two games in 2019, it doesn’t appear like this is the end for the former first-overall pick. Rather, the Panthers were simply ready to move on from their franchise star.

That leads to the obvious question: which team would be the ideal landing spot? We took a look at three possible suitors back in March, and the Redskins could still make some sense. The organization doesn’t sound fully committed to Dwayne Haskins, and Newton previously worked with new Redskins head coach Ron Rivera.

The Steelers could also be a fit; we saw how much they struggled without Ben Roethlisberger last season. While the organization sounds committed to Mason Rudolph as their backup, it wouldn’t be shocking if they decided to go the veteran route.

The Patriots and Jaguars could also be fits considering the young, unheralded options they have sitting atop their depth chart. However, if either of those organizations had interest in Newton, you’d have to assume a deal would be done already.

Regardless of where he lands, Newton’s change of mind means he won’t remain a free agent for much longer.