HomeAnalysisGolf AnalysisRBC Heritage Day 3 best bets: Spieth not out of it yet

RBC Heritage Day 3 best bets: Spieth not out of it yet 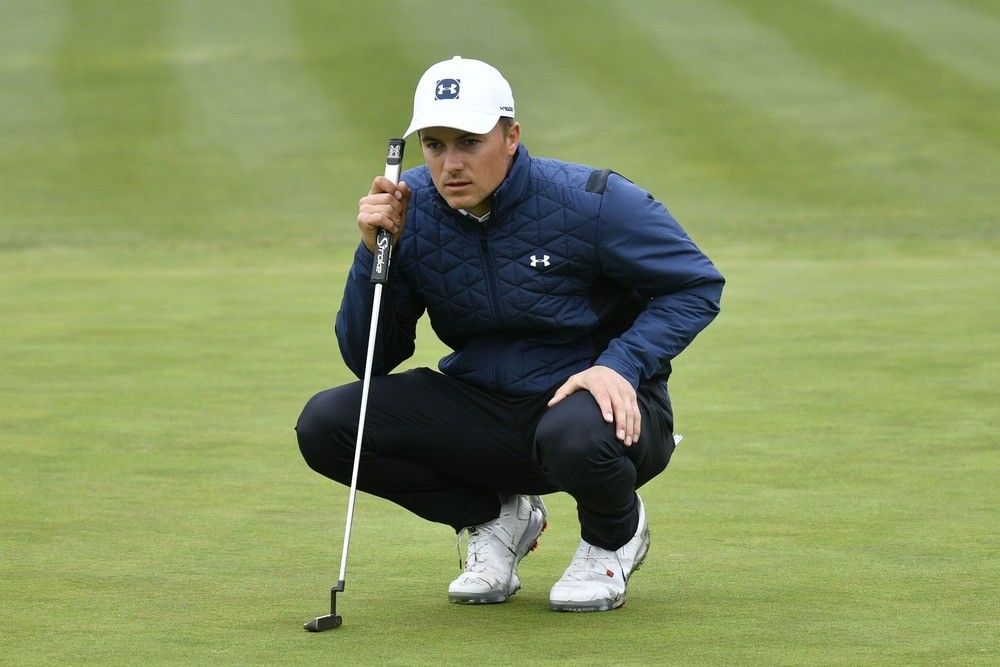 Since graduating from Davidson (The College That Stephen Curry Built), I have been writing about sports--just about any and all you can think of!--and coaching tennis in Atlanta, Ga. Beyond the four major sports, I am an avid tennis fan and cover the ATP Tour on a daily basis. If I'm not busy writing, you can generally find me on a tennis court or traveling the world wherever a sporting event takes me.
@Dimonator133
Updated: 7:19 AM ET June 20, 2020

The second tournament of golf’s comeback from the coronavirus pandemic continues in Hilton Head, S.C. on Saturday. It’s moving day at the RBC Heritage, where the game goes on despite the PGA Tour’s first positive coronavirus test. Nick Watney showed symptoms following first-round action and promptly withdrew from the event after testing positive.

As for Harbour Town Golf Links, it has not been much of a test for the players so far. Webb Simpson leads the way at an eye-popping 12-under par, followed by Bryson DeChambeau and Corey Conners at 11-under. Ten players are at 9-under or better and 11 more find themselves at 8-under.

With that, let’s take a look at the best bets for round three and beyond.

You have to like Koepka’s chances in third head-to-head showdown against his fellow American. Although Johnson is playing well through two rounds at 8-under par, this is not a course that generally suits huge hitters who can be erratic off the tie. The out of bounds areas on many holes are not too fair off the fairways. So far this week, Koepka (9-under) has done a better job of both making birdies and avoiding big numbers (Johnson had a triple-bogey in round one). Especially at Harbour Town, Koepka is the more reliable performer.

Bryson DeChambeau to be leading after round three (+335)

No matter that Harbour Town may not be the ideal setting for DeChambeau; he is still making things look easy. Even without the advantage of blasting tee shots like he is in the long-drive competition, the 26-year-old American is just one shot off the lead through two rounds. This is a guy who can be dominant at times, and he may have been last week at the Charles Schwab Challenge if he had rolled in a few more somewhat routine putts. DeChambeau tied for third there, giving him a fourth straight top-five finish. With only Simpson ahead of him right now, the No. 12 player in the world has a great chance of being the leader heading into Sunday.

Yes, this is a long-shot. Spieth is six shots off the pace and 27 players are ahead of him on the leaderboard. That’s why the three-time major champion has 66-to-1 odds to lift the trophy, and there is no denying that is good value. For a player as streaky as Spieth, six shots can really be made up in a single round; he has two with which to work over the weekend. On Thursday, the 26-year-old American triple-bogeyed the third hole only to play 8-under golf throughout the next 15 holes. During one incredible stretch he reeled off six consecutive birdies. Harbour Town is a course that takes driver out of the biggest hitters’ hands, whereas putting is likely to win you the golf tournament. If Spieth gets hot with the short stick, don’t count him out.

Odds correct as of Friday via DraftKings Sportsbook. Get a sign-up bonus up to $1,000 when you use this link to create a new account or see more offers and sportsbook reviews for the best online sportsbooks.