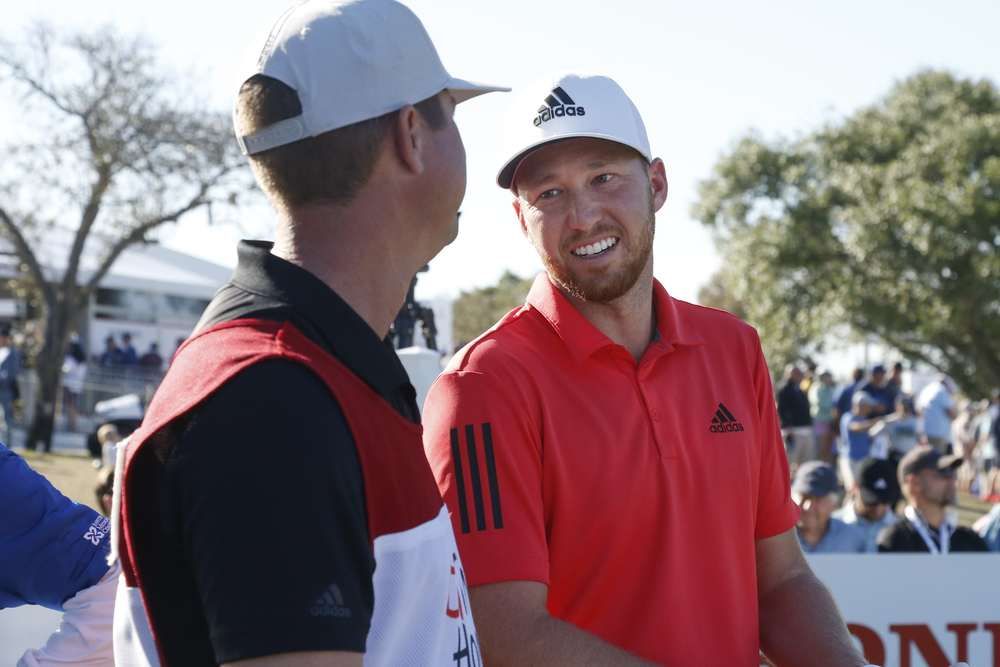 Since graduating from Davidson (The College That Stephen Curry Built), I have been writing about sports--just about any and all you can think of!--and coaching tennis in Atlanta, Ga. Beyond the four major sports, I am an avid tennis fan and cover the ATP Tour on a daily basis. If I'm not busy writing, you can generally find me on a tennis court or traveling the world wherever a sporting event takes me.
@Dimonator133
Updated: 20:40 PM ET June 20, 2020

It looks like we are in for another exciting finish on the PGA Tour.

In last week’s comeback tournament, a loaded leaderboard at the Charles Schwab Challenge ended up featuring a playoff between Daniel Berger and Collin Morikawa. Berger won it for his third career victory and he has wasted no time getting right back in action. The 27-year-old American finds himself one shot off the lead heading into the final round of this week’s RBC Heritage in Hilton Head, S.C. Webb Simpson, Abraham Ancer, Tyrell Hatton, and Ryan Palmer are tied at the top with scores of 15-under.

What will happen on what should be a chaotic Sunday at Harbour Town? Let’s take a look at the best bets for round four.

If Berger was going to suffer any kind of mental hiccup following an emotional week at Colonial Country Club, it would have happened a while ago—you know, like in the first round on Thursday. Instead, the world No. 31 is right back in contention thanks to rounds of 67, 69, and 63. As Saturday’s score suggests, Berger might even be getting better and better. That is saying a lot for someone who has now carded an incredible 31 consecutive rounds of par or better. How much better can Berger get? Well, he can’t do any better than last week. But there is a very real chance that he does just as well. Only one stroke behind the leaders, Berger at 11-to-1 is a strong play.

By his own admission, Dahmen did not hit the ball entirely well on Saturday. Despite that, he still joined the 63 parade (six different players tied for the low round of the day with that score). Thus continues an outstanding run for the 32-year-old American, who is heading for a sixth consecutive top-19 finish. He was in contention at the Charles Schwab Challenge last week with opening rounds of 68 and 65 before settling into a tie for 19th. Dahmen has posted seven straight rounds of 70 or better, so it goes without saying that Niemann has his hands full in this 1:40 p.m. tee time pairing. Niemann also fired a 63 in the third round, but he has not been as consistent. The 21-year-old Chilean posted a T32 showing at the Schwab to end a streak of three consecutive missed cuts.

Unsurprisingly, a return trip to Hilton Head has been just what the doctor ordered for Kuchar. The 41-year-old American may not be in title contention, but he is coming off rounds of 66 and 67 to put himself into a tie for 28th place at 10-under par. Previously in mediocre form, Kuchar is back to what is basically his home course (not far from his St. Simon’s residence)—a course on which he lifted the trophy in 2014. Munoz opened with a 65 on Thursday, but he has since been unspectacular to the tune of back-to-back 69s. All signs point to Kuchar taking care business here without too much trouble.