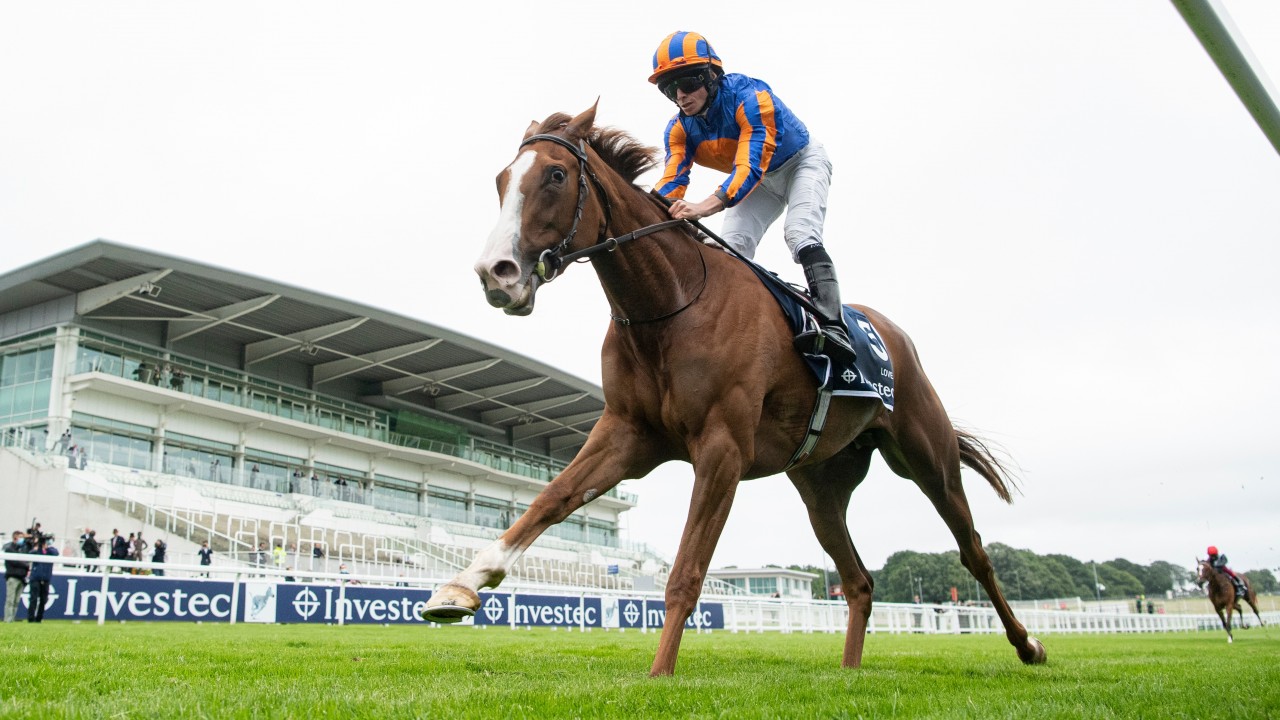 Royal Ascot is one of the biggest weeks in the British horse racing calendar. Every race on Friday is being shown on Peacock and the final day on Saturday is available on both Peacock and NBC.

Elite horses from across Europe and worldwide stables have gathered at the famous track, with a number of American contenders taking their chance.

We gave three winners for Royal Ascot on Wednesday, so let’s try to keep cashing those bets!

Here at Pickswise we will be providing free picks and predictions for every single race, so let’s see how our experts see the 4th day’s racing going. Odds shown are a guide for information only.

Aidan O’Brien’s Meditate made it 2-2 with her comfortable success in a Group 3 event at Naas and she’s strongly respected, along with Queen Olly and Fully Wet who made a deep impression with their debut wins last month. Musselburgh scorer Cathy Come Home has plenty of scope for progress upped in trip on her second start, while Lady Bullet and Powerdress also enter the reckoning.
However, the vote goes to Godolphin’s MAWJ, who looked the real deal when surging almost 5l clear from subsequent winner Believing at Newmarket and recorded a useful RPR in that race at the first attempt. Meditate is feared most.

This race looks tailor-made for EHRAZ judged on his strong-finishing effort last time and bearing in mind that he’s already a C&D winner. He should be capable of further progress and is taken to reverse Newbury placings with Tiber Flow, who still warrants respect on form but needs to prove he’s effective in headgear (he now goes in first-time cheekpieces).
Second choice is Go Bears Go, who has a good record here and whose Sandy Lane effort can be marked up. Perfect Power (third choice) holds major claims returned to sprinting, El Caballo is progressing well, Twilight Jet recorded a big figure on his reappearance and Slipstream is an intriguing US raider

Settling CEMHAAN is a major difficulty but he keeps on winning regardless and leaves the strong impression that he has a good deal more to give. He took a valuable 1m6f race on his latest start but the style of his 1m4f win the time before suggests that this drop back in trip can help him to register another win.
The chief threat looks to be Trawlerman, on just his second start since last season’s Sandown Classic Trial. Contact has been in storming form this season and Candleford could improve on this seasonal debut, while Hughie Morrison has such a superb record in this race that his Stay Well must also be on the shortlist. Ever Present may be the best option among three interesting Irish runners.

This is a riveting Coronation Stakes despite the absence of Homeless Songs, who was spectacular in the Irish 1,000 Guineas. Inspiral lacks recent match practice but she was flawless as a 2yo and commands major respect on her belated reappearance. However, there are several plausible alternatives at bigger odds, notably DISCOVERIES who is an ideal candidate judged on breeding and should leave her 1,000 Guineas effort behind her.
From a betting perspective, the second choice is Prosperous Voyage who appears to have a major race in her. Cachet is firmly in the mix, while French raider Mangoustine and US fillies Spendarella and Pizza Bianca add strong international flavor to an engrossing line-up

The Group 1 Falmouth Stakes entry HEREDIA did very well to maintain her unbeaten record at York last time, having found trouble in running, and she can make it 4-4 with the step up to 1m likely to be a plus. Second choice, at a much bigger price, is No Nay Nicki who made some late headway in a Listed race at York last month and could relish this big-field scenario over a stiff, straight mile.

The well-bred Invigilate is next on the list, ahead of her Nottingham conqueror Washraa, with Gatecrasher Girl and Persist others who are open to further improvement. Crenelle isn’t written off, while last-time-out Doncaster winner Fresh Hope represents Charlie Fellowes and Hayley Turner who won this in 2019 and 2020.

This is an easier assignment than Changingoftheguard faced in the Derby and he perhaps deserves extra credit for finishing fifth having had to work hard in the early stages to bag the lead. He’s very much respected, despite his Epsom exertions coming just 13 days ago, but preference is for Godolphin contender OTTOMAN FLEET. He recovered from an early stumble to win a 1m2f Listed race at Newmarket last month on just his second start and he looks a fine prospect for 1m4f.
Lysander is open to further improvement, while Grand Alliance isn’t written off despite having been well beaten in the Derby.

US speedster Ruthin should ensure this is run at a breakneck pace and her central draw will give her rider options. It won’t be easy trying to make all in this field though and her prominence in the betting looks more a reflection of her trainer’s record at the meeting rather than her being a handicap blot. The British challenge is led by Korker, who was so impressive at York and could still develop into a Group performer. He is high on the list for last year’s winning yard, with the thriving Sterling Knight, Shamlaan and Loves Me Likearock also firmly in the picture.
The prize may be going to Ireland courtesy of LADIES CHURCH, though. She had useful 2yo form, including on fast ground, and was second on her reappearance when the smart favorite got first run on her.  She is a strong traveler who should relish an end-to-end gallop off which to challenge. Of those at big prices, Bond Chairman is the most intriguing.